How Biological Patents Promote Research And Save Lives

In June, the U.S. Supreme Court ruled that people can’t patent isolated human genes, which it considers a product of nature, but they can patent something exceptionally similar: cDNA, a synthesized copy from which someone has removed the noncoding parts. Given that fine line, it’s not entirely clear how the decision will play out in practice or how it will affect work on nonhuman genes. But it’s a hot area of debate.

Earlier this year, Dutch scientists received a patent from their country on the newly discovered MERS virus that killed at least 30 people. The researchers had isolated the virus in their laboratory from a sample sent by a Saudi doctor. The Saudi Ministry of Health protested that the patent would restrict research and lead to more deaths; the World Health Organization (WHO) said it would investigate the legality and take action. But they’ve got it backward. Patents are one of the best tools for quickly fighting disease.

A patent creates a financial incentive for innovation and discovery. The patent holders get something like a limited-time monopoly on their creation, and they can license full or partial rights to others (including to companies better at commercialization).

Patents also force people to share information about innovations and their commercial potential. U.S. patents are public record and must disclose enough detail for anyone to theoretically replicate the patented thing (although one can’t legally replicate it without a license). After 20 years, all that actionable information becomes public domain.

A patent creates a financial incentive for innovation and discovery.Biological patents have already been saving lives for some time. In the 1920s, the researchers who isolated insulin from the pancreas patented it in order to ensure that only trustworthy drug manufacturers could make it. Then they licensed it to the University of Toronto for $1. Later, in 1984, researchers patented HIV. 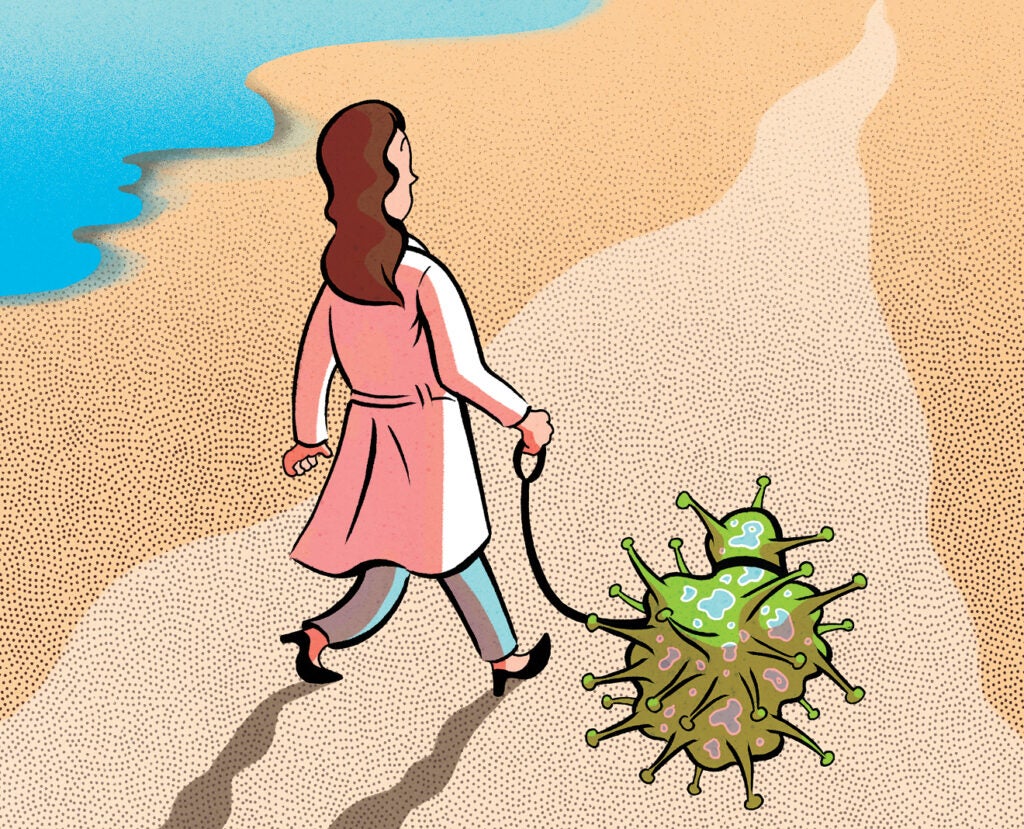 A 1980 U.S. Supreme Court decision in favor of bio-patents sparked the booming biotech industry we have now. At about the same time, the European patent office decided that patenting biology was illegal. Naturally, start-ups multiplied like crazy in the U.S., not Europe. By 1998, Europe had changed course and encouraged biotech to return.

The Dutch researchers say they grabbed the rights to the new virus to prevent others from hogging them and that they’ll forgo profits and share the isolated virus with other researchers for free. (Whoever comes up with a treatment or vaccine would be able to patent that product for themselves.) But the patent system isn’t perfect. A greedy patent holder can just as easily stifle innovation by refusing to collaborate. Even then, there’s an out: If it’s in the public interest, the government can just violate a patent and risk getting sued. For example, after 9/11, anthrax scares prompted federal officials to call for unlicensed production of the treatment Cipro, which was patented by Bayer. (The company later agreed to license it cheaply.)

As viruses mutate, spreading from animals to humans to other humans, we’ll always be fighting some deadly new disease. The WHO shouldn’t set a precedent of investigating researchers who study microbes. Instead, it should be helping patent holders find the best scientists to collaborate with and advance their research.