How Racist Is Online Dating?

A new study says OkCupid users are often willing to respond to messages from potential lovers outside their own race, and once they do, they're more likely to initiate interracial contact going forward. 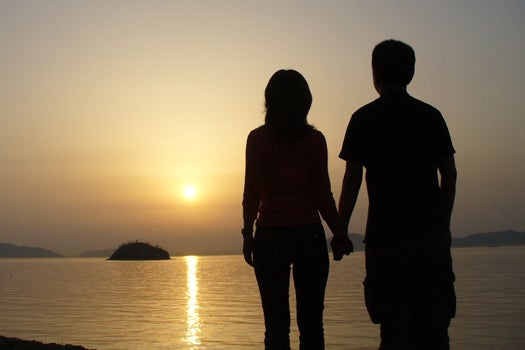 How racist are Americans when it comes to selecting a mate? Though the rate of interracial marriages in the U.S. has doubled in the past 30 years, according to online dating habits, we’re still pretty racist. Surprise!

But. A new study of racism in OkCupid messaging finds a little bit of hope in a sea of largely same-race interactions. To examine how racial prejudice affects our romantic decisions, Kevin Lewis, a sociologist at the University of California at San Diego, analyzed messages sent by more than 126,000 OkCupid users over a two-and-a-half month period. He only included heterosexual interactions between users who self-identified with the site’s five largest racial categories: Black, White, Asian (East Asian), Hispanic/Latino and Indian. He found that people from all racial backgrounds disproportionately contacted users from their same racial background. However people were more willing to reply to a user of a different race than they were to initiate contact. And right after they did so, for about a week, they were more likely to start a conversation with someone of another race.

OkCupid’s OkTrends blog detailed the prevalence of racial prejudice on its own service back in 2009. According to the site’s internal stats, white males get the most responses to their messages than any other group, and that white, Asian and Hispanic women reply to non-white men less than a quarter of the time. Lewis found similar patterns: “Most men (except black men) are unlikely to initiate contact with black women, all men (including Asian men) are unlikely to reply to Asian women, and although women from all racial backgrounds tend to initiate contact with men from the same background, women from all racial backgrounds also disproportionately reply to white men.” OkCupid, like so many places, is good place to be a white dude.

Lewis suggests that one factor in online dating’s racial segregation could be what he calls preemptive discrimination. “In other words, part of the reason site users, and especially minority site users, do not express interest in individuals from a different racial background is because they anticipate—based on a lifetime of experiences with racism—that individuals from a different background will not be interested in them,” This, according to the paper, could be a mediating factor in why people are more likely to reply to users of another race than message them first—they’re sure the person is interested in them if they receive a message. 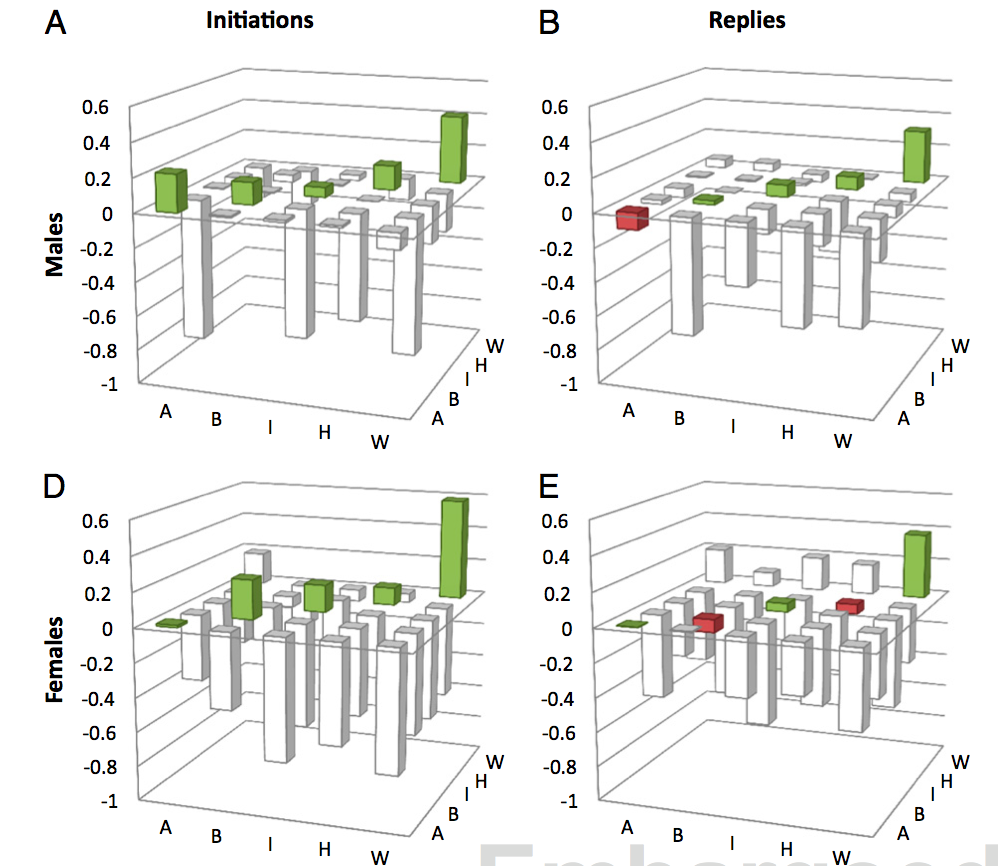 The rate of sending and receiving messages across different races. The race of the sender goes across the bottom, while the rate of the user receiving the message is on the right (the depth of the graph).

Some limitations of this study: It only looked at a subset of heterosexual interactions on one dating site, whose users, co-founder Christian Rudder wrote on OkTrends, “are better-educated, younger, and far more progressive than the norm.” (A 2010 Pew report found Millennials were far more likely than other age groups to accept interracial marriage.) So the findings may not apply to all dating demographics. And the actual content of the messages wasn’t included in the data, so there’s no guarantee the reply wasn’t “LOOLOL IN UR DREAMS.”

But online dating provides a new vantage point from which to examine interracial dating preferences, since the dating pool is virtually unlimited. With traditional dating networks, scholars have found it hard to qualify how much of self-segregation in the dating pool has to do with internal prejudice, versus structural issues in an already-segregated society. Offline, you might have fewer opportunities to meet someone of another race to begin with, based on where you live or how homogenous your networks of family and friends are, but online, there’s less of a barrier. Which apparently we still don’t try to surmount.

The study appears today in PNAS_._