Pull up your space lawn chair 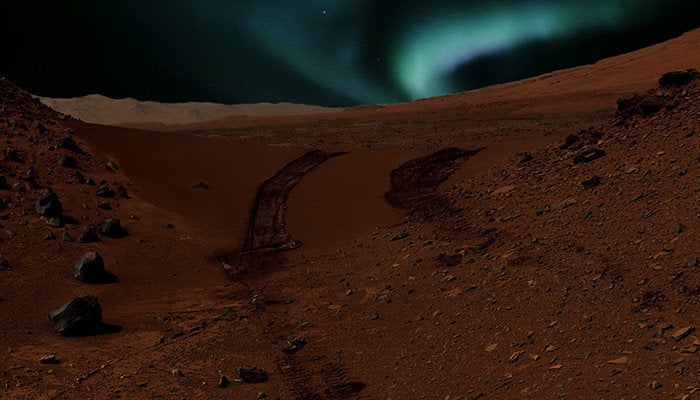 Just a few months ago, NASA’s MAVEN spacecraft detected an ultraviolet aurora on Mars. And although Europe’s Mars Express satellite spotted an aurora from orbit back in 2005, scientists weren’t sure whether it would be visible from the Martian surface.

Now, after doing some lab experiments and modeling, scientists are pretty sure that future settlers on Mars will be able to look up and admire extraterrestrial auroras. And it turns out that the red planet’s aurora is mostly blue, with some tinges of red and green.

On Earth, auroras form when charged particles from the sun collide with the atmosphere. As the solar particles crash into oxygen and nitrogen molecules, energy gets released in the form of colorful light. Voila, aurora.

The process is pretty much the same on Mars, except that Mars’ atmosphere contains a higher proportion of ionized nitrogen, which, when the solar particles hit it, gives off a pretty bluish-purple color.

The new predictions come from an aurora simulator called a Planeterrella. This miniature sphere is magnetized to simulate a magnetic field, and scientists shoot electrons at it to see how the magnetic field, electrons, and surrounding atmosphere interact. This all takes place inside a vacuum chamber to simulate the conditions of space. For this particular experiment, the scientists filled the chamber with carbon dioxide to simulate Mars’ atmosphere. 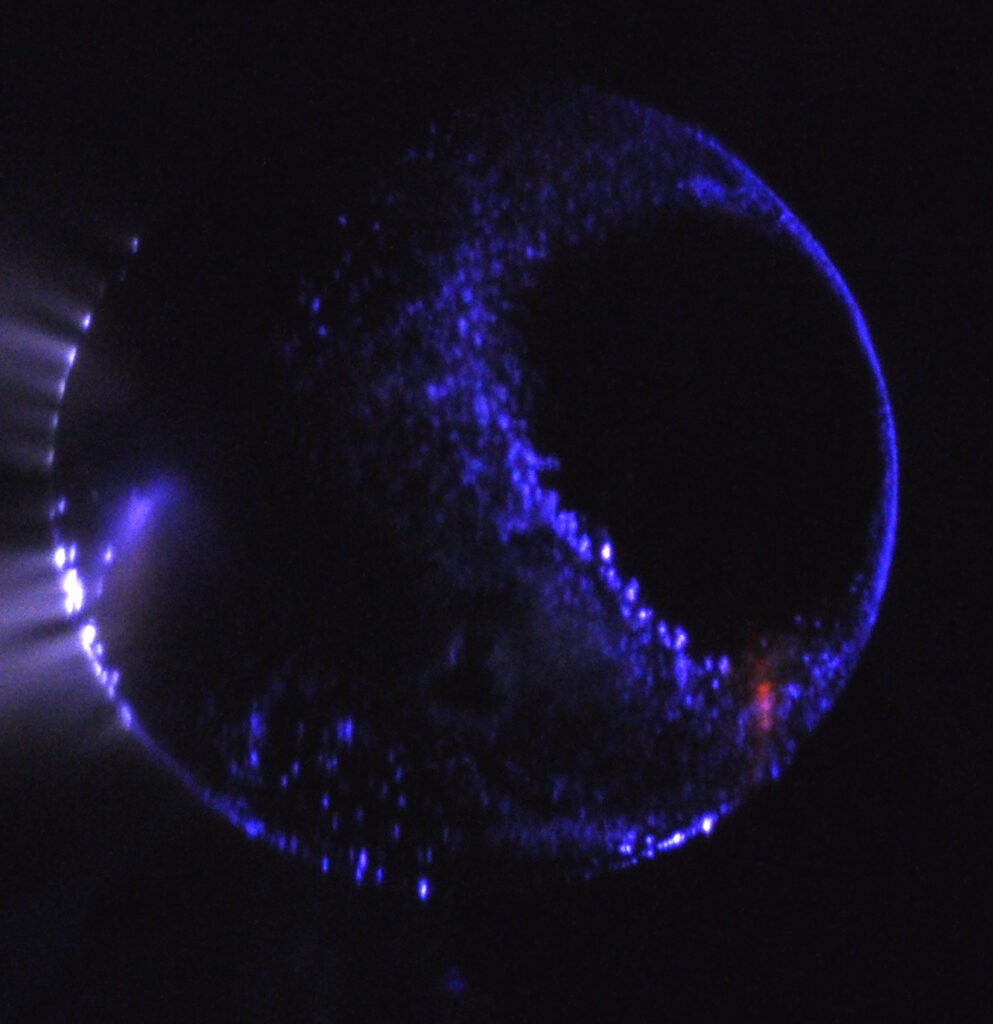 Scientists used a magnetized sphere to simulate how auroras may look on Mars.

Note: the Planeterrella doesn’t show exactly where auroras will be located on Mars, just what they might look like.