A giant solar storm is slamming into Earth, and the results could be pretty 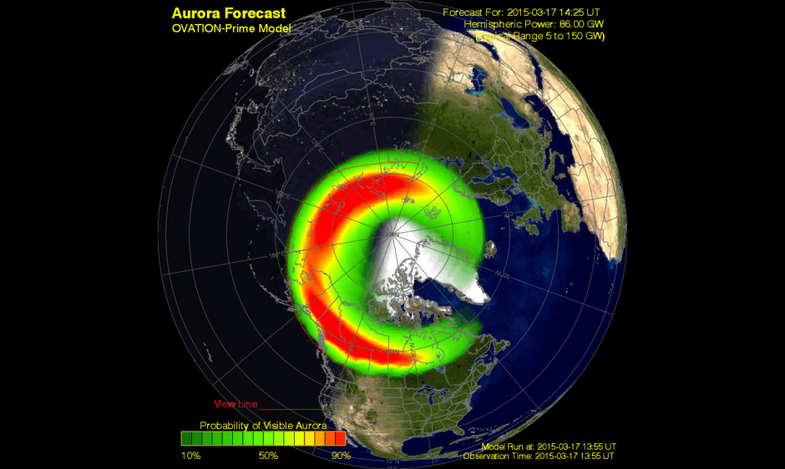 Two days ago, a pair of huge coronal mass ejections (CMEs) left the Sun and headed for Earth. This morning at around 10:00 am Eastern time the massive magnetic bubbles of gas slammed into the Earth’s atmosphere, interacting with our magnetic field and creating a geomagnetic storm that NOAA classifies as severe. Geomagnetic storms are ranked from G1 to G5, with G5 being the highest. Today’s storm was classified as a G4.

A G4-level geomagnetic storm could potentially cause a lot of damage. The effects listed by NOAA include potential disruption of the electric grid, tracking problems on spacecraft, and issues with GPS and radio.

The most beautiful side effect of the storm is probably going on above you right now. Because the storm is so strong, it might be possible for people as far south as Tennessee and Oklahoma to catch a glimpse of the northern lights, which occur when charged particles from the Sun slam into Earth’s magnetic field. You’ll have the best chance of seeing the aurora if you can find a place with few clouds and no light pollution. Or, if that’s not possible, Space.com and the Slooh Community Observatory created a video of the aurora tonight in Iceland.