Immunity from mRNA vaccines could last for years 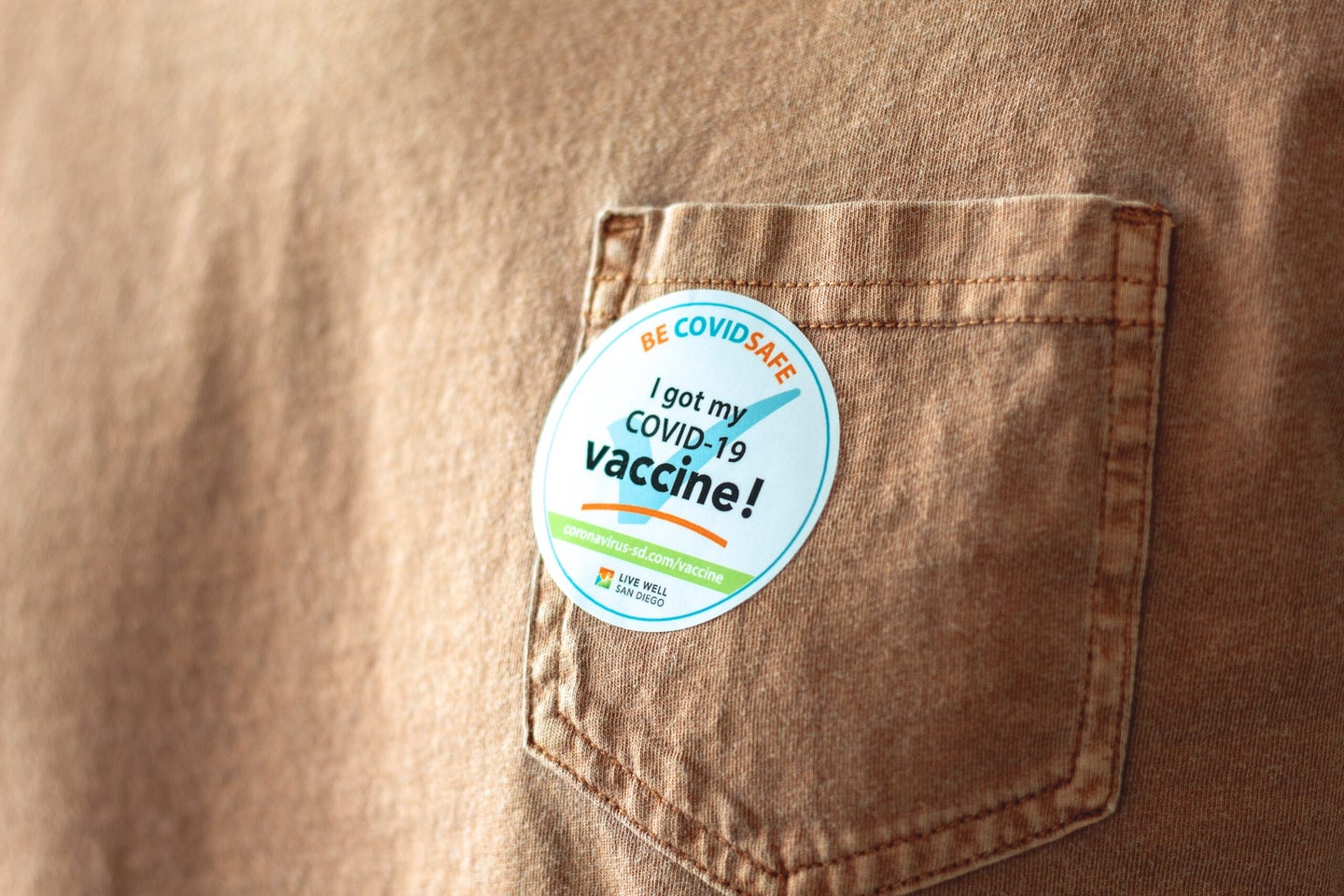 With the Delta variant becoming increasingly widespread, US health experts are concerned about scattered unvaccinated communities, even in highly vaccinated states, and several countries have imposed new restrictions to curb the variant’s spread. Researchers have more information about the length of immunity granted by vaccines and boosters. Plus, a new study gives hope for those who lost their sense of smell after contracting the virus. Here’s what’s new this week.

Delta Plus is here, as original Delta variant surges among unvaccinated populations

As predicted, the proportion of Delta variant COVID-19 cases in the US is on the rise. Dr. Anthony Fauci, the president’s top coronavirus adviser, confirmed at a White House press briefing on Tuesday that 20.6 percent of new US cases are due to the Delta variant, calling the variant “the greatest threat in the US to our attempt to eliminate COVID-19.” He also noted that the proportion of new causes caused by Delta is doubling every two weeks, affirming the variant’s trajectory towards becoming the dominant strain in the US by the end of the summer.

Experts are especially concerned about a surge in Delta cases in states where vaccination rates have stalled, and unvaccinated pockets in states with a high overall vaccination rate. “It’s not going to be as pervasive,” Dr. Scott Gottlieb, former commissioner of the US Food and Drug Administration, told CBS on Sunday. “It’s going to be hyper-regionalized. There’s certain pockets of the country where you’re going to have very dense outbreaks.”

In particular, Alabama, Arkansas, Louisiana, Mississippi and Wyoming have yet to reach the 35 percent fully-vaccinated mark. And the statewide fully-vaccinated proportion of 37 percent in Tennessee masks disparities in uptake from county to county. While Davidson County, which houses Nashville, is 45 percent fully vaccinated, more rural counties are hovering around 20 percent. Urban hospitals, like the Vanderbilt University Medical Center in Nashville, have reported an uptick in COVID-19 patients from rural areas.

On top of growing concern about the original Delta variant, a new version of the highly transmissible COVID-19 strain called “Delta Plus” has been reported in 11 countries, with 200 confirmed cases as of Monday morning. As the virus continues to spread, existing variants will continue to adapt and accumulate new mutations—and while some mutations prove to be harmless, many are not. There is not, however, enough data to evaluate whether the Delta Plus variant is any more transmissible or vaccine-resistant than the original Delta strain.

As the Delta variant continues to spread in the US and abroad, coronavirus-related recommendations and restrictions are rapidly changing. At a press briefing on Friday, Dr. Mariangela Simao, an assistant director-general of the World Health Organization, urged fully vaccinated people to continue to wear masks and observe physical distancing in order to curb the spread of the variant. Other officials said they are asking people to “play it safe” because most of the world population remains unvaccinated.

Israel, one of the most vaccinated countries in the world, with 80 percent of its over-16 population fully vaccinated, reinstated its indoor mask mandate on Friday, citing a Delta variant outbreak in the country that included vaccinated individuals, according to the Wall Street Journal. On Sunday, South Africa extended its nightly curfew and banned gatherings, indoor dining, alcohol sales, and some local travel for the next two weeks, the Washington Post reported. Government officials in Bangladesh have halted all public transportation in light of an increase in Delta variant cases, prompting thousands to flee the capital city, Dhaka.

Following months of relatively few new COVID-19 cases, parts of Australia are back under full lockdown after several small outbreaks of the Delta variant across the country. Government officials are concerned that the variant could spread very quickly without decisive action, since less than 5 percent of Australians are fully vaccinated against coronavirus. Sydney, the country’s most populous city, and its smallest state capital, Darwin, are under full lockdown for two weeks. Mask mandates have been renewed in Canberra, Queensland, and Perth, while the state of Victoria has imposed restrictions on its borders with other states.

Immunity from mRNA vaccines could last for years, study suggests

A new study led by researchers at the Washington University in St. Louis School of Medicine suggests that the mRNA vaccines made by Pfizer-BioNTech and Moderna induce a prolonged immune response in the body that could last for years. “It’s a good sign for how durable our immunity is from this vaccine,” Dr. Ali Ellebedy, an immunologist at Washington University in St. Louis and one of the leaders of the study, told the New York Times. The study has been accepted by the journal Nature and is under accelerated review.

Ellebedy and his colleagues recruited 41 people who had been immunized with two doses of the Pfizer-BioNTech vaccines. From there, the team collected blood samples from each individual at time intervals of three, four, five, seven, and 15 weeks out from the first vaccine dose to measure antibody and immune cell levels in the blood over time.

The study’s main conclusions are based on tissue samples extracted from the lymph nodes of 14 of the 41 volunteers, where immune cells are engineered and conditioned to recognize and fight off specific pathogens after exposure via vaccine or infection.

At 15 weeks, the researchers found that the lymph node activity of all 14 participants remained high, which means the body was still producing new immune cells that recognize the coronavirus at a high level, months after vaccination. Typically, lymph node productivity peaks at one to two weeks after vaccination, with stimulation completely ceasing between week four and week six, Deepta Bhattacharya, an immunologist at the University of Arizona, told the New York Times. If lymph node activity remained that high for months—when it usually only lasts a few weeks—then immunity imparted by mRNA COVID vaccines could last for years, and possibly even a lifetime, the researchers concluded.

In addition, these results suggest that most individuals who received one of the mRNA-based vaccines may not need an additional booster shot against existing variants. That could always change, though, depending on how the virus continues to mutate. Older adults and immunocompromised individuals, however, may still need boosters.

Third dose of AstraZeneca vaccine shows potential as a booster

A third dose of the Oxford-AstraZeneca mRNA vaccine boosted the immune response in clinical trial volunteers, Oxford University researchers reported on Monday. Ninety study volunteers in Britain, who had received two doses of the AstraZeneca vaccine in earlier clinical trials, were given a third dose about 30 weeks after their second this past March. The data was released in a pre-print and has not yet been peer-reviewed, according to the New York Times.

The researchers’ analyses suggest that the third dose raised the antibody levels of the volunteers to a value above the levels observed a month after their second dose, indicating that the third dose could extend an individual’s immunity and boost protection if the effectiveness of the first two doses diminishes as time goes on.

Other clinical trials evaluating the effectiveness of existing vaccines as boosters, including one evaluating the Moderna vaccine that was announced by the National Institutes of Health this month, are ongoing.

A new study from medical researchers at the University of Strasbourg in France and McGill University in Quebec, Canada, may shed some light on a distinct symptom of COVID-19: anosmia, the partial or total loss of smell.

Published in the Journal of the American Medical Association (JAMA), the study documents the progression of 97 patients who reported losing their sense of smell for at least seven days post-positive COVID test. Every four months over the course of a year, 51 participants were both surveyed about their self-perceived ability to smell and given an objective smell test.

According to the study, 45 percent of the surveyed-and-tested patients reported having recovered their full sense of smell at the four-month mark. About half, or 53 percent, said they had only partially recovered, and one participant reported no change.

After eight months, 96 percent of the 51 patients reported a full recovery of smell. At the one-year mark, only two of the participants reported little to no change.