One way to fight off bird flu: extra-CRISPRed chicken

Here's what you should know about genetically engineered meat. 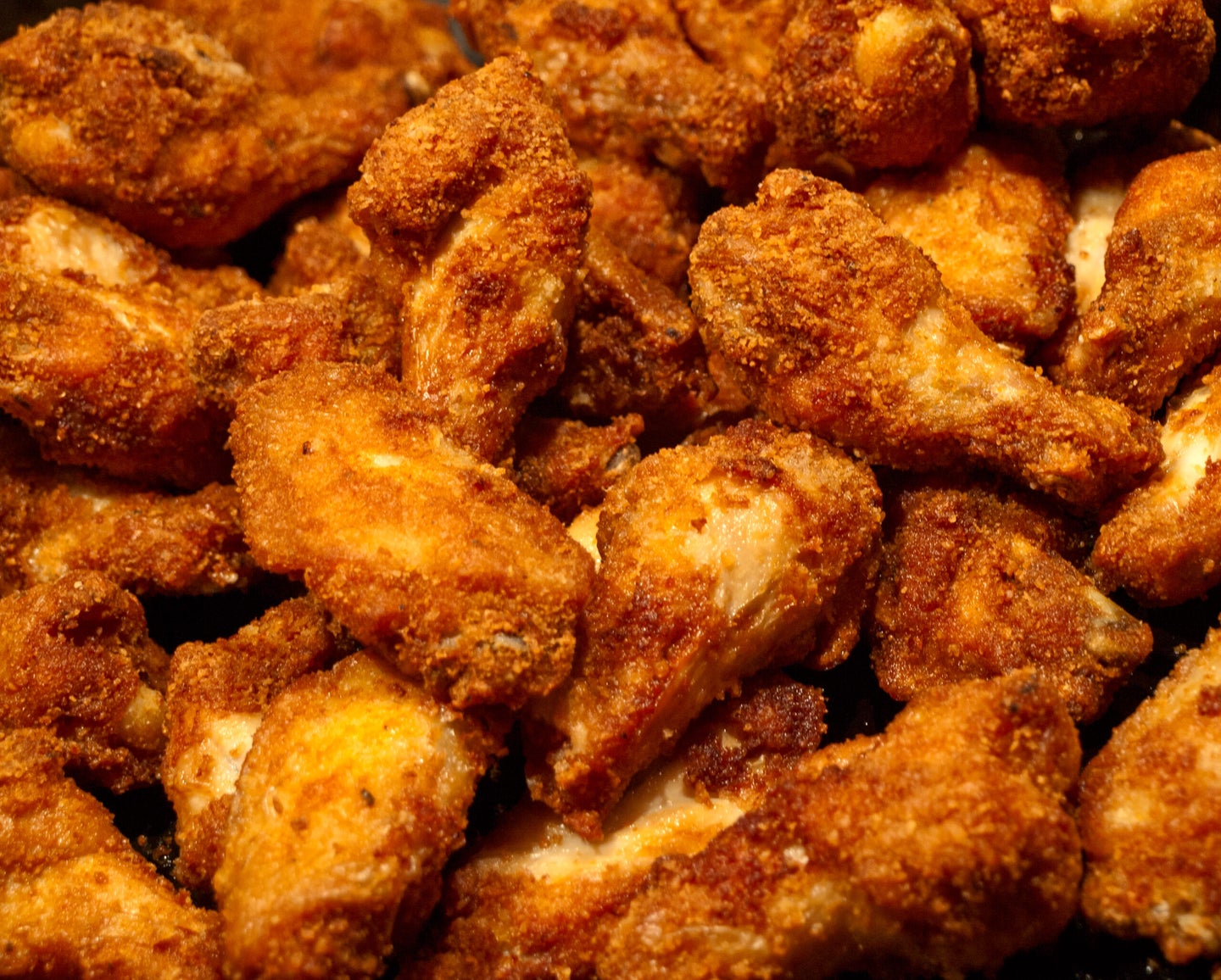 You might not think you have much in common with the chicken on your plate, but we’re not so very different from our feathered friends. The biggest similarity that concerns epidemiologists is a shared susceptibility to the so-called avian flu (the strain H1N5). Although epidemiologists and governments around the world are trying to prepare for future pandemics of this disease, geneticists have a potential loop-hole: creating chickens that can’t get the flu at all.

Although much recent coverage of CRISPR has been focused on gene-edited humans, figuring out how to alter the animals we eat is a burgeoning field. That field came into focus earlier this week in a news story from Reuters about a collaboration between British scientists to produce chickens endowed with flu resistance. If all goes well, the first of these chicks will hatch later this year.

Flu-resistant livestock chickens would form “a buffer between wild birds and humans,” Wendy Barclay of Imperial College London, the co-lead on the effort, told Reuters. On Wednesday, she wrote to Popular Science with an update to her remarks. “We HOPE that the chicks will be hatched later this year,” she wrote, “but cannot guarantee that as science can be unpredictable.” The work involves a multi-institutional team, she wrote, and there’s still a ways to go. They’ve only made the idea work in in vitro studies so far, which means the science hasn’t made it out of the test tube yet.

Barclay’s team, which includes researchers from the Roslin Institute—where Dolly the Sheep was cloned in the 1990s—isn’t alone. A number of researchers are working on gene editing livestock for flu resistance. We spoke to some of these experts on why these efforts are important, and how the public should think about CRISPRed food.

Why gene edit livestock for disease resistance at all?

“I thought this was a classic example of why gene editing could be useful,” says Bhanu Telugu, a professor of animal and avian scientists at the University of Maryland. There are an unprecedented number of livestock now in the world, he says, and they get sick with flus that can pass to humans. Flu strains like H1N5 thus have implications for both animal and human health. Engineering livestock that cannot catch or carry these diseases has the potential to improve the livelihoods of livestock farmers and the wellbeing of their animals, he says.

Given the relative ease of doing gene editing using technologies like CRISPR, he says, “I find it immoral not to be doing that.”

Telugu is also involved in efforts to engineer pigs for flu resistance. Swine offer a “proof of concept” for this kind of editing, says Alison Van Eenennaam, a UC Davis animal genomics expert.

Should I be concerned about this?

Small changes such as the single-gene edit performed by Barclay’s team “just basically [mimic] the kinds of deletions and insertions we see in everyday life,” says Van Eenennaam. “No two individuals have identical DNA sequences. Not cows, not plants, nothing.”

Hypothetical concerns about gene edited livestock should take a major backseat to the threat of a flu pandemic emerging in livestock, she says. The 1918 Spanish flu pandemic was a form of mutated avian influenza, and there’s the next big pandemic could begin in chickens as well. If something as swift-moving and infectious as the flu of a century ago emerged today, says Van Eenennaam, in a world as mobile and interconnected as ours, the consequences could be “catastrophic.”

“We are all worried constantly about the influenza viruses emerging from poultry,” says University of Michigan epidemiologist Arnold Monto. If all of the chickens on the market now were edited to be immune to the flu, he says, “I would be much less concerned with some of the avian-to-human transmissions that we’ve seen.”

Can I/must I eat a gene edited pig or chicken?

So far, there’s no meat from animals edited for flu resistance on the market. There are two big barriers to acceptance, says Telugu: government licensing and the “social license.” This idea is still in the government licensing phase, but the social license—that is, whether people will accept eating CRISPRed crispy chicken—is essential to make projects like this succeed on the market.