This vaccine could help people with celiac eat gluten again, but it’s not for everyone

The first real treatment for celiac might work by shooting gluten straight into your veins. 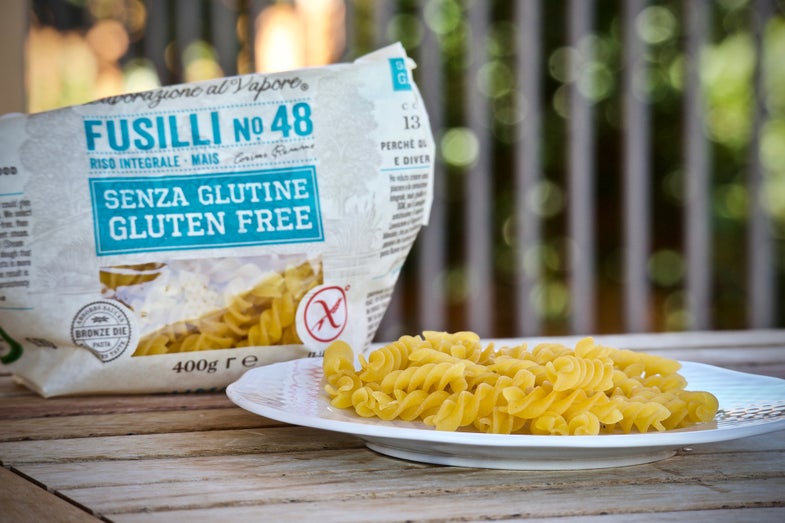 Despite the explosion of gluten-free food in the last few years, actually being on a physician-prescribed GF diet isn’t easy. Millions of people with celiac disease spend their lives fretting over cross-contamination at restaurants and scrutinizing labels. It’s a lot of paranoia and watching other people eat cake. Worst of all, despite interrogating waiters about which foods are safe to eat, sometimes you get glutened anyway.

For all these reasons, physicians and researchers who work with celiac patients know that staying on a gluten-free diet isn’t the simple fix that it appears to be. That’s why a company called ImmusanT has been developing an alternative: a vaccine.

We usually think of vaccines as useful for battling viruses, not autoimmune diseases, but the theory behind ImmusanT’s Nexvax2 seems sound so far. Like a normal shot, Nexvax2 exposes a patient’s immune system to a small quantity of what would otherwise be a dangerous substance. For standard vaccines, that’s a virus, but for Nexvax2 it’s gluten.

To really understand how it works, though, we have to dive a little further into what celiac actually is, because contrary to popular belief it’s not an allergy. Allergies are essentially an overreaction to something that your body is supposed to consider harmless. If you’re allergic to milk, your immune system thinks milk proteins are dangerous and will release a ton of histamines in response to their presence. This flood of histamines causes the symptoms of the allergy (some so-called allergies are actually intolerances related to how the gut breaks down certain foods, like alliums, but still aren’t autoimmune in nature). Celiac patients’ immune systems have also mischaracterized a protein, in this case gluten proteins, as being dangerous, but instead of releasing a bunch of histamines it starts attacking itself.

When people with celiac eat gluten they don’t get wheezy—they experience gastrointestinal distress as their immune systems attack their intestinal lining. If there’s enough gluten, this response damages the delicate fingers called villi that normally absorb nutrients from food. Celiac patients with damaged villi can end up malnourished if this goes on for long enough.

This whole attack gets coordinated by T cells, which are a type of immune cell responsible for recognizing foreign invaders. People with celiac have T cells that have accidentally learned to identify bits of the gluten proteins as dangerous. So, the folks at ImmunsanT wanted to know, what if you could teach T cells that gluten was okay?

The first step was to figure out which parts of the gluten proteins were triggering T cells to respond. Turns out, it’s just a handful of locations. They isolated those short peptide strands and essentially loaded them straight into a syringe, then injected them into the arms of celiac patients. With too high a starting dose, pretty much everyone had a classic gluten reaction: nausea, vomiting, diarrhea, headache, and fatigue. But in later trials when they started out with just three micrograms of gluten and gradually increased the dose, most people tolerated up to 900 micrograms, or .0009 grams, with few to no symptoms. Europeans and Americans eat about 10 to 14 grams of gluten per day, on average, but eating the stuff isn’t quite the same as shooting it directly into your veins; ImmusanT’s ultimate goal is to allow patients to enjoy a regular diet.

Unfortunately, those with celiac can’t immediately get their gluten shots and start enjoying carefree cake. In upcoming trials, ImmusanT needs to prove that their vaccine isn’t just safe, but that it’s actually more effective than currently available options (which won’t be difficult—right now a gluten-free diet is your only option). Once it passes phase 2 and 3 trials, it’ll need to get approval from the Food & Drug Administration before patients can get their hands on it.

And there’s one more caveat: it’s not for everyone. The portions of the gluten peptide that a celiac patient’s immune system recognizes is specific to the genetic mutations they carry. This vaccine is being made for people with the HLA-DQ2.5 mutation, which 90 percent of people with celiac have. Another five percent have a mutation on HLA-DQ8, and the final five have some other, unidentified mutation. At a celiac conference at Columbia University in March 2018, ImmusanT’s Chief Scientific Officer Robert Anderson explained that they wanted to start with the most common genotype so they could help the most people, but that they’re working on one for DQ8 patients as well.

The hope is that celiac patients might eventually develop full tolerance to gluten and be able to eat an unrestricted diet, possibly accompanied by occasional booster shots to ensure that the tolerance sticks around. That future is still many years off. The current phase 2 trials won’t end until 2019, then phase 3 trials will take another few years and FDA approval could take even longer, followed by drug manufacturing and distribution. But the possibility of a longterm treatment for celiac disease is becoming more real—and that’s pretty darn exciting.