Yes, you should still get your flu shot. 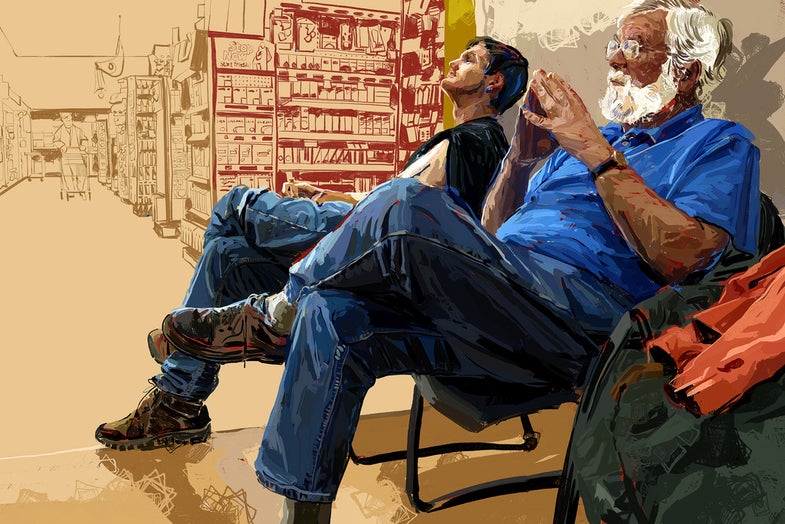 In the last decade, only one flu shot has reached the 60 percent efficacy mark. Three others have gotten over 50 percent. The lowest: 19.

So when the Centers for Disease Control says this year’s flu vaccine is 36 percent effective, that’s not terrible news. Especially when, prior to this estimate, the CDC thought it might only be 10 percent, which is how effective this same vaccine was in Australia. It’s actually great news. In a season as severe as this one, any outcome that’s better than expected is cause for celebration.

And that’s not even the best part.

Though the vaccine is, yes, “only” 36 percent effective overall, it works far better for certain flu strains. The efficacy for H3N2—25 percent—brings down the average. We know that H3N2 is particularly hard to develop a good innoculation for, because it tends to accumulate mutations as it grows in eggs, which is how we make most flu vaccines. Those acquired mutations mean that the virus you end up with isn’t the same virus you started with, or the same virus that’s circulating. But we’re better at designing vaccines for other strains, like H1N1 and B viruses. This year’s efficacy for the B strain is 42 percent, and goes up to 67 percent for H1N1.

That’s even more crucial right now, because the CDC is starting to see a shift in which strains are circulating among Americans. Thus far, H3N2 has been the predominant virus type, which is why we’ve seen so many hospitalizations. H3N2 seems to be more dangerous in general, particularly for folks in the Baby Boomer generation (more on that here), and it’s tricky for vaccine manufacturers. So seasons where that strain dominates tend to be more severe. But now, the CDC says, the proportion of people with H1N1 and B viruses is starting to increase.

This is exactly why the CDC continues to recommend getting your flu shot. In the most recent Morbidity and Mortality Weekly Report, Alicia Budd, an epidemiologist in the CDC’s Influenza Division, and colleagues wrote there are “several more weeks of elevated influenza activity expected,” and that given the shift in viral strains, we have “the potential to prevent significant illness through influenza vaccination.”

Even if the shot doesn’t stop you from getting the flu in the first place, it can—and does—help keep you out of the hospital. Even a vaccine that doesn’t keep you from contracting the virus it contains will still help your body fight it off, which means you’re less likely to suffer potentially deadly symptoms.

The flu had killed 63 children as of the CDC’s last report, and nearly half of them were otherwise healthy. Only a quarter of the children old enough to receive vaccinations had actually gotten a flu shot. Budd and colleagues at the CDC noted that in analyses of similarly severe seasons with the same rate of pediatric vaccination, the flu shot provided a 65 percent reduction in the risk of death.

There will, unfortunately, be many more deaths before the flu season is over. If you haven’t already gotten a flu shot, the CDC recommends you get one right now. If you have been vaccinated, they suggest you wash your hands regularly and, most importantly, stay home from work if you think you might have the flu. Millions of people don’t have this luxury, because the U.S. remains the only developed nation without mandatory paid sick leave. But those who do shouldn’t try to be the hero who comes into the office sick. In the 2009 H1N1 pandemic, which we’re about on-par with now in terms of severity, an estimated 1,500 people died because they caught the flu from someone who should have stayed home.

So no, 36 percent efficacy is nothing to sneeze at. And now that we know that the vaccine is 67 percent effective against the very strain that looks to be taking over the U.S., there’s absolutely no reason not to get the shot. Some pharmacies are running low on stock, but there’s no nationwide shortage. And there’s still time. Go now.