The first Black woman to earn a Ph.D. in chemistry, Daly made contributions to our understanding of the heart and DNA that are now common knowledge. 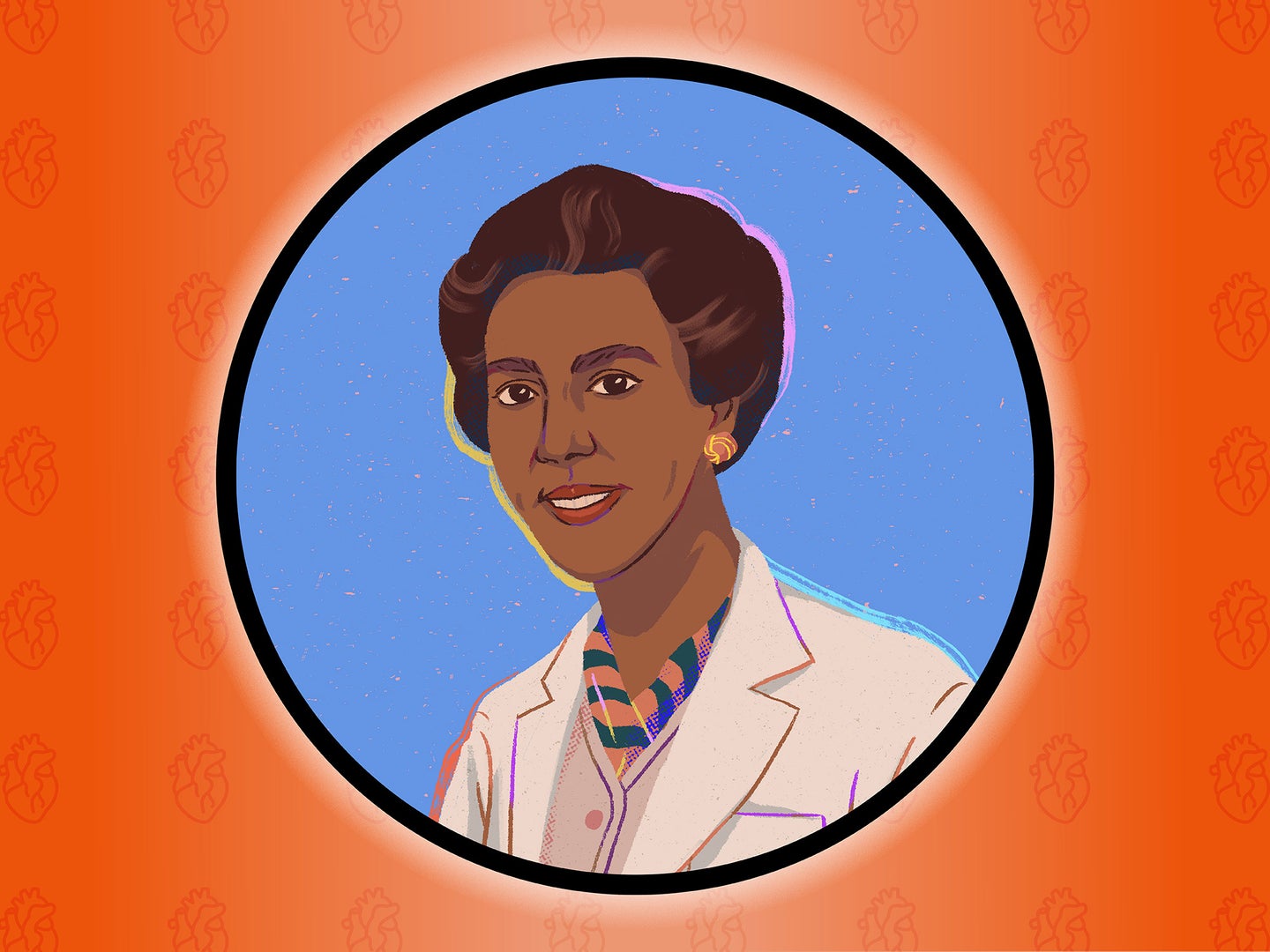 As a biochemist, Marie Maynard Daly made foundational contributions to our understanding of human biology. Esther Goh
SHARE

Crack open any high school science textbook, and it’ll likely contain a few basic concepts of human biology: amylase, the enzyme that chews up starch and spits out sugar; histones, the tiny protein spools around which DNA winds; cholesterol’s frightening knack for narrowing arteries; and the relationship between DNA, RNA, and protein that constitutes the central dogma of molecular biology. What you likely won’t find is a reference to the American biochemist Marie Maynard Daly, who contributed fundamental research to all of these ideas throughout her prolific career.

The omission is neither a surprise nor an accident. Daly, a Black woman, was underappreciated for much of her professional life, which spanned from the 1940s to 1986. When she is remembered now, it is most often as the first African American woman to earn a Ph.D. in chemistry—a remarkable accomplishment in the late ‘40s, but just one of many scientific and social achievements of her lifetime. “The most important thing to me was the fact that she opened the gates for people who would not really join this field,” says retired chemistry professor Paris Svoronos, who is involved in the American Chemical Society’s effort to honor Daly with a National Historic Chemical Landmark plaque at Columbia University.

Born in 1921 in Queens, a borough of New York City, Daly was driven from an early age to pursue excellence in spite of barriers. “She took it upon herself to basically change the conditions,” says Svoronos of her eventual path into chemistry. Her father had dropped out of a chemistry program at Cornell because he couldn’t afford room and board.

Excelling in the sciences at local public schools, Daly was accepted at Queens College, a city-funded institution that students with good grades could attend for free. After receiving her bachelor’s in chemistry in 1942, she continued working there as a laboratory assistant and tutor to build up savings. Fellowships for a master’s degree at New York University and doctoral studies at Columbia University followed. Her supervisor, Mary L. Caldwell, took Daly on “at a time when there were few African American students in chemistry,” notes chemist Jeannette Brown in her book African American Women Chemists. In 1947, with a dissertation on the impact of pancreatic amylase on corn starch, Daly earned her Ph.D.

Finding a job can’t have been easy. For minority women scientists, it did “not matter whether one is being hit with the club of sexism or racism—they both hurt,” a 1976 American Association for the Advancement of Science report noted. Yet the same year Daly earned her doctorate, she was hired to teach physical science at Howard University. Soon after, she received a grant to fund research at The Rockefeller Institute. There, with the molecular biology pioneer A.E. Mirsky, she studied the components of the cell nucleus. These included the aforementioned histones; the As, Ts, Gs, and Cs that make up DNA; and ribosomes, the cellular factories that convert information encoded in RNA into proteins. When James Watson won his Nobel Prize with Francis Crick in 1962 for determining the structure of DNA, he referenced a ribosome study Daly co-authored in his accompanying lecture.

When she began teaching biochemistry at Columbia University and, later, became an assistant professor at the Albert Einstein College of Medicine in the Bronx, she shifted her research focus to the heart, helping establish what is now common knowledge: consuming too much cholesterol is linked to narrowing blood vessels and high blood pressure. She continued teaching and researching at Einstein until she retired, as associate professor, in 1986.

Most of what we know about her life could have been found in her CV. Few interviews or profiles of her exist. By the time her extraordinary contributions finally began to receive recognition, it was too late to learn more; Daly died in 2003. “While we can read her papers and recite a few basic facts, there’s a whole wealth of her life missing,” wrote journalist Megan Scudellari.

The legacy Daly left behind, however, has had an impact on younger generations of Black scientists. Her mentee at Einstein, the late Francine Essien, became a professor of biology at Rutgers and champion of racial diversity in STEM fields. Chemist Sibrina Collins, executive director of The Marburg STEM Center at Lawrence Technological University and author of African American Chemists, calls Daly an inspiration. In 1988, Daly herself started a scholarship fund, named after her parents, to support Black students in the physical sciences at her alma mater, Queens College.

During his own tenure at Queensborough Community College, chemist Svoronos never failed to share Daly’s story. Most students at the college, which sits in the public school system where Daly began her education, are Black or people of color; many are immigrants. Daly, thanks in part to his efforts, will be honored with an American Chemical Society plaque at Columbia University in May 2023. “This is the type of role model they should have in their life,” he says. “She’s a model for every single person who may start from nothing.”