What makes us human? A new book says it’s this physiological trait 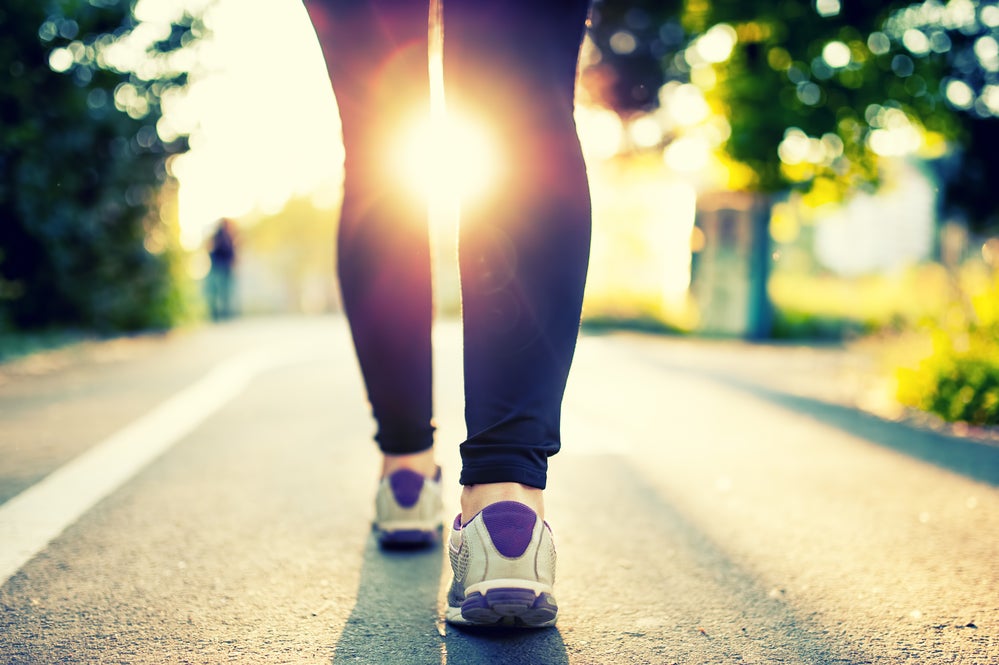 Do you remember learning to walk? Most of us don’t. Yet, as infants, learning to walk takes our complete attention. To walk fluidly, we must learn to plan instantaneously: to shift our weight while using feedback from our feet, our eyes, and our internal sense of balance, adjusting to slopes, obstacles, and dangers like ice. There are so many considerations the brain has to weigh when walking that it’s a wonder it doesn’t take several minutes for humans to accomplish each of our own steps. Every time we take one of these steps, we fall, catch ourselves, fall again. A “two-beat miracle,” Paul Salopek calls it—“an iambic teetering, a holding on and letting go.”

When we walk, our ankles and knees work to balance the body’s weight over a single foot, allowing the other to release and swing forward. Just before that leg’s foot leaves the ground, its knee bends and elastic energy that was stored in the ankle tendons releases. The combination of elastic energy, pivoting, and lifting is what allows humans to walk using comparatively little energy, but the process is complicated. It seems to lean significantly on the brain in ways we’re only beginning to fathom, and has so far been almost impossible to replicate with precision.

In 2015, a twenty-seven-year-old single mother named Rebekah Gregory stepped across the finish line of the Boston Marathon and collapsed to the ground. Head on her arms, wearing a blue T-shirt that read “Rebekah Strong,” she sobbed from both pain and emotional overload as her trainer lifted her to her feet. Gregory, who had lost the lower part of her left leg as a result of the 2013 bombing of the same marathon, ran across the finish line wearing a bright pink tennis shoe on one foot and a prosthetic limb in place of the other. Gregory’s legs had fortunately shielded her then five-year-old son from the worst of the 2013 bomb blast, but after seventeen surgeries to save the left one, and a life of constant pain, she opted for amputation.

Running the last three miles of the marathon—the most her doctors would allow her to do—was an act of strength and resilience.

But Rebekah Gregory’s story is not just about one woman’s courage and determination, although it is also that. It is a story about how deeply the act of walking is intertwined with our sense of self, our sense of freedom. Walking is our first full-body act of independence. Toddlers will gleefully totter away from their parents and then turn back, giggling, knowing that they now have access to unimaginable power—the power to go where they wish under their own steam. As adults, we turn to walking to express our freedom, our frustrations, our goals. When we lose that ability, when it is taken from us, the inability to walk can rock us to our cores. There is a reason that “Will I ever walk again?” is a reliable trope of medical dramas.

“Upright walking is a hallmark of human evolution,” said Dr. Jeremy DeSilva, an assistant professor of paleoanthropology at Dartmouth College, in an online course on bipedal walking that I took in 2017. “It was a critical adaptation; a gateway to becoming human.”

Humans are rarely prey these days, but our compulsion to walk hasn’t changed. Rebekah Gregory decided to have her leg amputated after seventeen surgeries because she had to take pain medication every four hours, but also because she was in a wheelchair most of the time. “That was not okay with me,” she told a CBS reporter. Crossing the finish line of the Boston Marathon with a prosthetic leg prompted her to post that she’d gotten her life back, but in an interview she reveled in the everyday changes: taking her son to the movies, walking through the airport without a wheelchair.

The kind of freedom and independence Gregory described seems to be something that humans work toward in the earliest days and months of our lives, long before we learn to walk. A newborn can’t even hold his head upright while sitting until about four months after birth, much less control his limbs, but if you hold a baby up with his feet against a flat surface, he’ll lift first one foot and then put it down and lift the other, an action that parenting books and pediatricians call the “step reflex.” Even fetuses have been observed demonstrating these “stepping responses” while still in utero, a step-like lift of the foot that is thought to be a response to sensory inputs. As with other physical responses like the swimming and crawling reflexes, the stepping response, it’s theorized, exists to begin building strength and coordination for later movement.

Although we’ve long observed the stepping reflex, it’s only recently that researchers have begun studying natural infant walking in earnest. While the natural development of infants’ language, emotions, and vision have been widely studied over the past several decades, comparatively little research has been done on how infants learn to walk. A strange omission considering that much of the study of ancient humans centers on how we came to walk. What better place to seek an answer than in modern humans who are in the process of learning? If bipedal walking is truly what makes our species human, as many paleoanthropologists and evolutionary biologists claim, the failure to study it in infants leaves a sinkhole in the question of how and why we function as we do.

In most studies beginning in the 1920s and continuing through at least 2018, infants were observed not in their homes or outside, or even in laboratory settings that bore some relation to the real world, but simply walking in straight lines on flat mats. Any parent could have told researchers they were on the wrong track. My own offspring, like most children, have only a nodding acquaintance with walking anywhere in a straight line. Babies in particular seem compelled to explore their environments along random trajectories. Their worlds are full of obstacles and distractions, attractions and hazards. Incorporating this reality—an infant’s natural environment—is integral to the understanding of locomotion.

New theories began to incorporate the idea that walking isn’t just about motor and brain development but also depends on hearing and sight, balance, social conditions (such as an encouraging caregiver), our ability to adapt instantly to varying terrain underfoot, and motivation. That is, babies and toddlers are motivated to walk when there’s somewhere interesting to go.

The babies learning to walk in Adolph’s study were constantly falling down. Outside of a laboratory setting, falling could put babies at risk of serious injury. Nevertheless, inside the lab or out, “infants behave as if they are determined to face the world upright, despite the costs,” wrote Adolph. A feat of perseverance reflected in Rebekah Gregory’s determination to cross that marathon finish line, and a mark of evolution that is shaping much of our technological future. If our walking is taken from us, most of us will move heaven and earth to get it back. Because we know, without having to be told, that walking is part of who we are.