Why you shouldn’t mix cleaning supplies, even if it looks cool

Proceed with caution. And if it bubbles, evacuate. 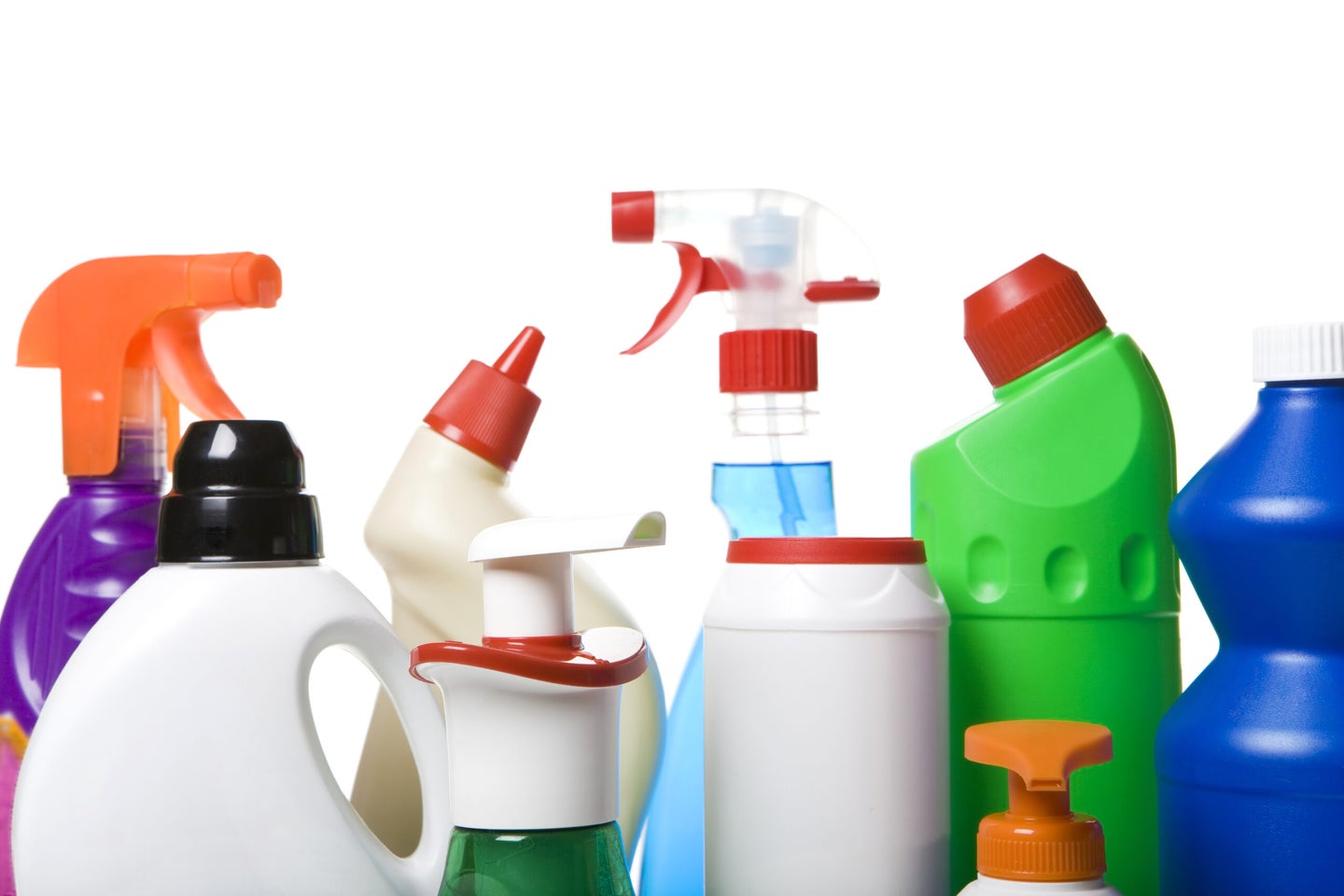 If nothing else, please read your labels. DepositPhotos
SHARE

This post has been updated. It was last published on November 27th, 2019.

We eat, drink, and breathe chemicals safely every day—but sometimes, disaster can ensue when opposites are paired together. And as it turns out, mixing up some of the more dangerous chemicals we can find in our own home has become somewhat of a TikTok trend—with potentially disastrous results.

We already know the deadly results of mixing seemingly harmless chemical agents. Back in 2019, a manager at a Buffalo Wild Wings in Burlington, Massachusetts, died after a noxious cloud of gas formed in the restaurant. Ten others, including a few customers, landed in the hospital. The chemicals involved in the accident were two common cleaners in the food-service industry: Scale Kleen and Super 8. On their own, these solutions are government approved and safe to use. But when combined, they created a green, bubbling, fuming puddle on the kitchen floor—one that proved to have devastating effects.

There are two rough classes of cleaning agents, solubilizing agents and chemically reactive agents, says Joseph Topczewski, a chemistry professor at the University of Minnesota. Soap and shampoo fall into the first category; they’re used to rinse off grease and grime with simple neutralizing properties.

The second kind changes the very nature of the products they interact with, Topczewski explains. Drano, for example, chemically “chops up” all the stuff stuck in your drain. Bleach, meanwhile, oxidizes whatever is being cleaned, killing bacteria and germs by essentially poaching ions from the chemicals that comprise them. Even though it’s one of the more reactive bases and risky cleaning supplies, the benefits outweigh the hazards, Topczewski says.

[Related: Are your cleaning products really green? Here’s how to tell.]

Super 8, for all intents and purposes, is just bleach with a higher concentration of sodium hypochlorite than what you probably have under your kitchen sink. Scale Kleen, on the other hand, is an acid with 22 to 28 percent phosphoric acid and 18 to 23 percent nitric acid. And if chemists are clear about anything, it’s that acids and bases don’t get along.

In the Buffalo Wild Wings incident, it’s likely that Scale Kleen hadn’t been sopped up before Super 8 was applied. The resulting reaction produced chlorine gas—the same stuff that was introduced as a warfare agent in World War I. It spreads quickly and causes people to feel nauseous and have difficulty breathing; it’s even riskier if the location isn’t well ventilated.

There are a couple of precautions restaurants can take to avoid such accidents in the future, Topczewski says. First off, individuals should read the labels to learn which reactive cleaning agents shouldn’t cross paths with each other. They can also look into using a non-acid option instead of Scale Kleen, or even trading out Super 8 for plain bleach.

[Related: Fight viruses in your home without making bacteria stronger.]

On a more domestic level, you shouldn’t be nervous about cleaning your house—just be alert, says Josh Marell, a professor of chemistry at the University of Minnesota Rochester. Some combinations should never make contact, for example: bleach and ammonia, or bleach and vinegar, according to Insider. And throwing a ton of cleaning products together in the sink or whatever cleaning vesicle you are using could prove deadly unless you’ve carefully read the ingredients. Overall, though, its best to stick to one cleaning product at a time and ensure the space you are cleaning is ventilated.

Know the signs of a reaction: bubbles, fizzing sounds, gaseous byproducts, heat changes, solid deposits in the liquid. If any of these occur, unexpected, call poison control (1-800-222-1222) and hurry away.

“Household chemicals are chemicals,” Marell says, “and care and respect should be given to make sure you are using them in an informed and safe way.”