Catching COVID-19 from a dead body is possible, but there’s no proof it’s happened yet 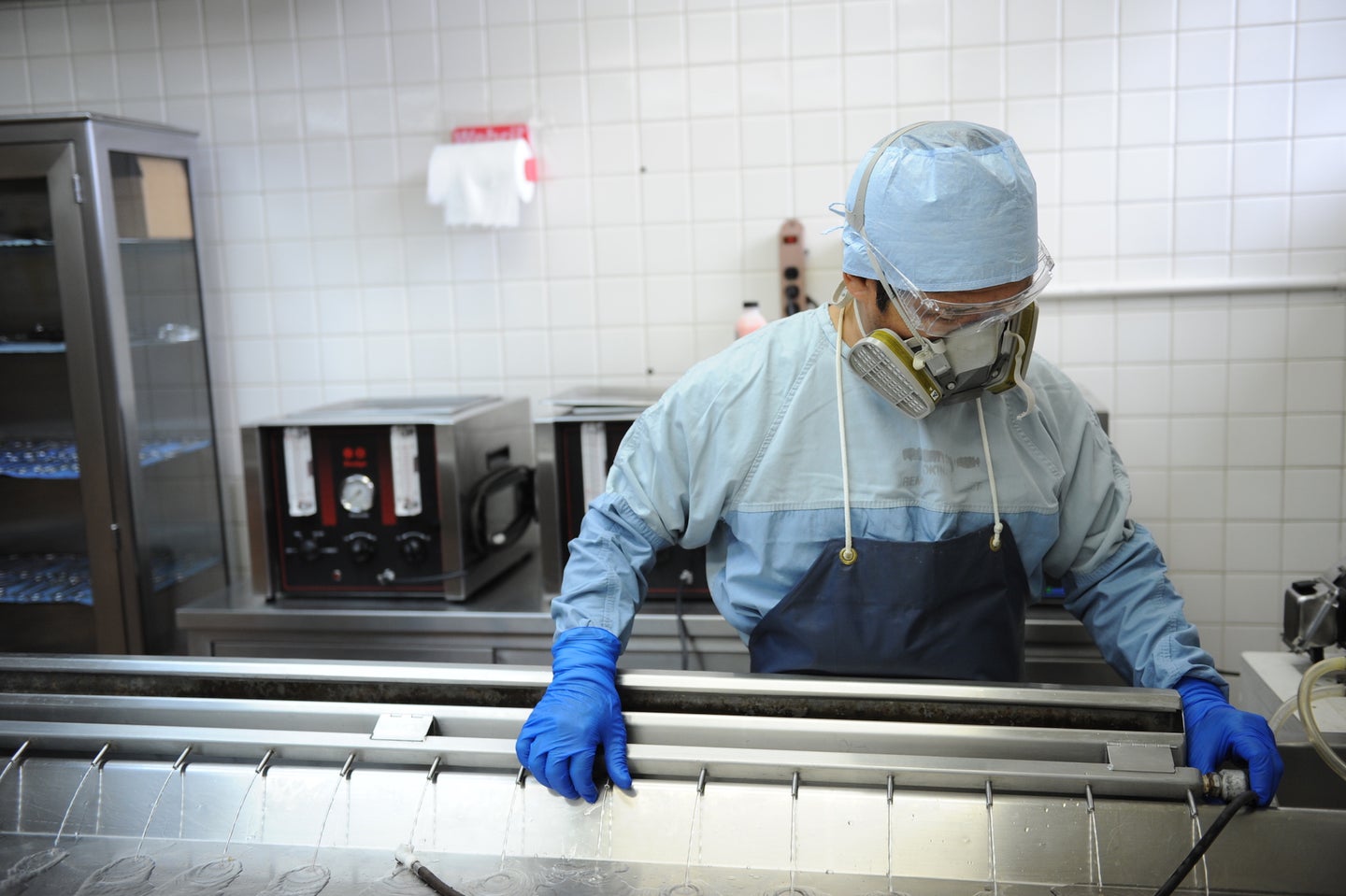 Over the weekend, news broke that a forensic medicine professional in Thailand caught COVID-19 from a dead body. But while it’s entirely possible to catch an infectious disease from a deceased person, the truth in this case is likely a little more complicated.

“Any body, dead or alive, is potentially infectious,” says Alex Williamson, the chief of autopsy pathology at Northwell Health and a member of the College of American Pathologists’ autopsy committee. “The difference is a dead person cannot cough or sneeze or spit.” Decedents instead carry the virus on their flesh and clothes or in their bodily fluids, which pathologists, medical examiners, and morgue workers often come in contact with in the process of dealing with the bodies.

That’s why anyone dealing with the dead takes precautions, even when there’s not a global pandemic. Gloves, at the very least, are standard for handling body bags, and during an autopsy the precautions are much higher. “For any autopsy it’s assumed that the body is infectious,” Williamson says. “Even before COVID, we always prepared for the decedent [to have] a disease like HIV or tuberculosis.” And since anybody could be infectious, he says, anyone present at an autopsy would wear personal protective equipment (PPE), including head and eye protection, a face shield, an N95 respirator mask, shoe covers, and some kind of disposable clothing like a gown or scrubs.

Since the pandemic began, Williamson says the precautions have been increased even for handling body bags. In addition to the aforementioned PPE, they’re spraying down body bags and other surfaces with a 10 percent bleach solution or another EPA-approved disinfectant. All these measures were put in place precisely because pathologists knew there was an increased risk from dead bodies. Especially given the lack of testing, every dead person has to be treated as if they had COVID-19.

That means it wouldn’t necessarily be a surprise if someone did catch COVID-19 from a dead body, at least in principle. But Williamson has doubts about this particular case. The news came from a short letter to the editor in the Journal of Forensic and Legal Medicine, which doesn’t contain much information to go off of, and what is actually written doesn’t necessarily imply the involvement of deceased people.

For starters, there’s the question of whether the person discussed in the letter was dealing significantly with dead bodies at all. The letter says they’re a “forensic medicine professional,” but while lay people think of forensics as inherently dealing with the dead, Williamson notes that the term actually only denotes the intersection of law with medicine. Forensic medicine personnel would be dealing with injuries and trauma on living people. It’s forensic pathologists who handle the dead. It’s unclear from the letter whether this person was involved in forensic medicine or pathology.

Then there’s the question of whether the person could have contracted COVID-19 outside of their workplace. The letter notes that Thailand doesn’t have much community spread, but while that may decrease the likelihood of getting infected elsewhere, it also doesn’t rule that possibility out.

And even if this person did handle deceased COVID-19 patients, Williamson notes there’s very little information about what kind of PPE might have been worn. The letter mentions a mask, but not whether it was a basic surgical mask or an N95 respirator, the latter of which provides more protection.

These questions remain glaringly unanswered, Williamson says, and they undermine the idea that this is actually the first case of someone catching COVID-19 from a dead person. “To my knowledge, including this case, that hasn’t happened,” he says. “It can happen, it’s possible, and I wouldn’t downplay that possibility. But if one is wearing PPE, I think the likelihood is low—not impossible, but low.”

That said, there’s a reason that pathologists and medical examiners take so many precautions when dealing with the dead, especially during an autopsy: There’s always a risk of getting infected. Autopsies involve opening up a body, which Williamson says means potentially high risk of exposure to the virus. But right now, autopsies on those dying from COVID-19 are vital. “Autopsy is an important way to gain knowledge about how a disease is affecting our body, how it’s interacting with preexisting conditions, and how it’s playing out in different people,” he explains. “We can’t and shouldn’t autopsy everyone, but we need to examine a subset to better understand why people who get really sick are dying.”

So despite the higher risk, autopsies have to go on. And even with similar PPE shortages that hospitals have dealt with, pathologists and medical examiners are performing their duties whenever they can do so safely. Everyone dealing with dead bodies already knows the risks. This letter to the editor doesn’t make Williamson think differently about what he and his fellow pathologists are doing. “It’s interesting, but I don’t think it warrants changing anything we’re currently doing,” he says. “We should follow the prescribed safety precautions, but this shouldn’t stop the important work from being done.”