There is no evidence that flu vaccines cause miscarriages

Getting vaccinated is still the safest choice. 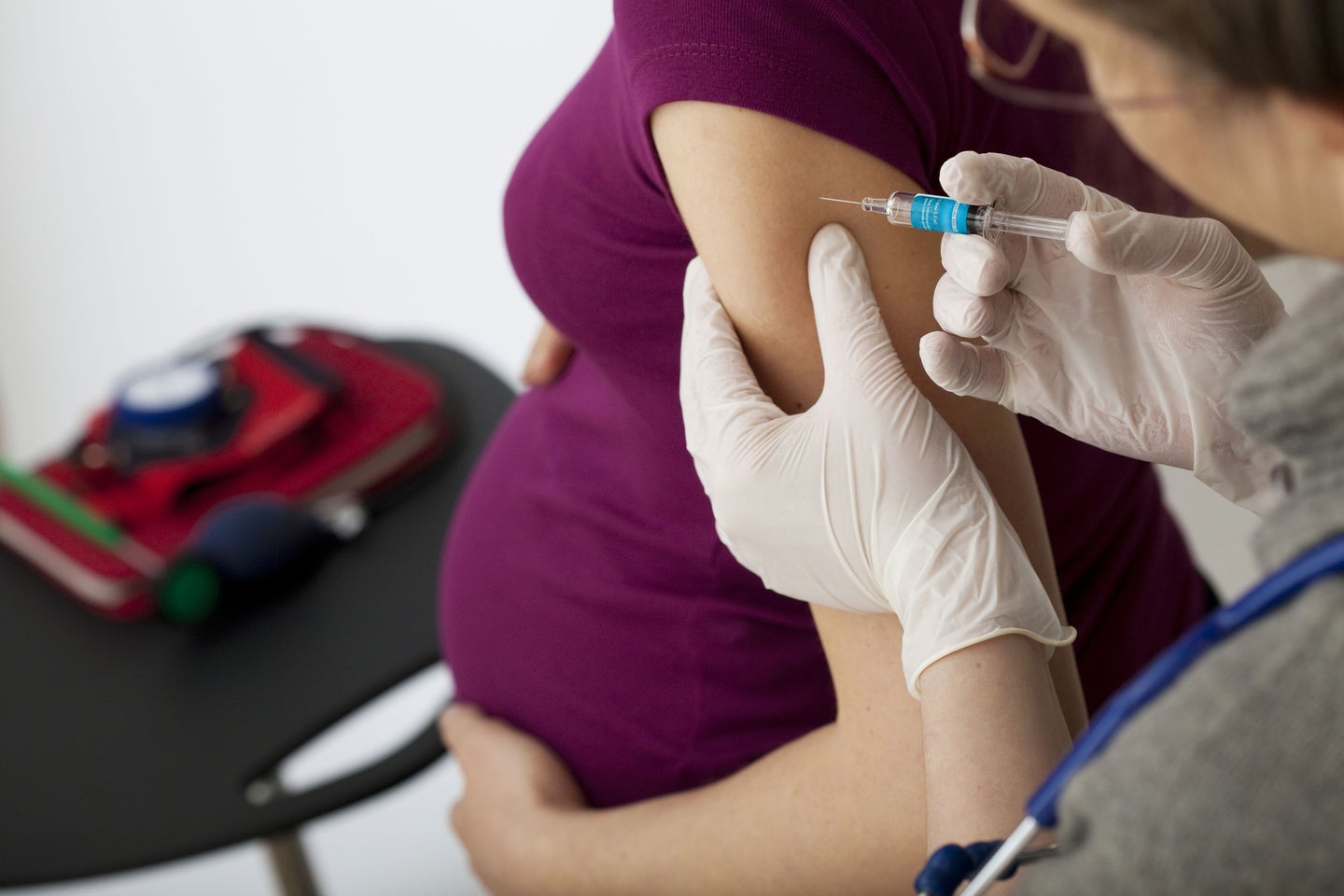 If you stop reading after this sentence and remember nothing else, at least know this: pregnant people should still get the flu vaccine, regardless of what you may read in news headlines. Period. Now let’s dig a little deeper.

Science’s greatest strength is that it’s incremental. No single study can overturn decades of research. While that might mean that things progress slowly, it also means that we tend to arrive at the correct answer. But because scientific studies get reported in the media, this feature is also a bug. Journalists have to condense the findings of potentially interesting studies into one compelling headline, and more often than not, that headline doesn’t capture the entire story. It couldn’t possibly.

So when there’s a study that finds a link between women who were vaccinated for the flu two years in a row and women who had miscarriages, many reporters reduce it to one positive, clicky finding: scientists found a link between flu vaccines and miscarriages. It’s not technically inaccurate—it’s just highly misleading. Nearly every outlet that covered the study also featured quotes from outside sources who were skeptical of the results, many of them obstetricians who said that they would still be vaccinating their patients. But for all of the people who failed to read past the headline, none of that matters. The association is out there, and it sounds dangerous.

There’s an argument to be made that reporters have a duty to write about these kinds of studies for the same reason that scientists have a duty to publish their findings: because it’s the truth. Researchers did find a link. Even the study authors themselves say they have no reason to think that flu vaccines really cause miscarriages, but they have to follow up. They can’t ignore a finding just because they’re skeptical. That’s not how science works.

This study did not show that flu vaccines cause miscarriages

There is no evidence that getting a flu vaccine can cause a miscarriage. No one has suggested any mechanism by which this would occur. Not even the authors themselves think that they found a causal link.

The problem here is in the design of the study. Associations like this often come from observational studies, also called case control studies, which are great for finding links but terrible for finding causes. All this study found was that women who had miscarriages also tended to have been vaccinated two years in a row for the flu (having a single vaccine did not show the same result). That might sound compelling, but there are a myriad of ways that vaccines and miscarriages could be related without the former causing the latter.

Perhaps those who seek medical help for a miscarriage are also more likely to get vaccinated regularly. Or maybe the link is there because many patients with high-risk pregnancies have medical issues that bump them to the front of the vaccination line. The results could stem from the fact that the study looked at years just after the H1N1 pandemic, during and after which more pregnant people probably got vaccinated. Previous studies didn’t follow a year in which vaccines suddenly became much more popular.

Given the fact that countless studies—and then meta-analyses of those studies—have found no reason to be concerned about miscarriages following vaccines, it seems likely that this is just a fluke.

Vaccination is still the right choice

Even if there were some slight increased risk from the flu vaccine, it would still be better to get the vaccine than to not. Pregnancy makes you more likely to get a serious case of the flu than the general population, and the high fever of such an infection can cause serious harm to a fetus. In fact, there’s some evidence that infections during pregnancy might even raise a fetus’s risk of neurological conditions like autism and schizophrenia. Even if future studies produce evidence of the same statistical link, one of these things is still riskier than the other (and that thing is not getting vaccinated).

There’s also evidence that mothers who get vaccinated pass on some of their immunity to their babies, which stays with them for months after birth. And since infants aren’t eligible to get the flu vaccine, this means they’re protected when they otherwise would be vulnerable. Babies don’t have much immunity when they’re that small, which makes them much more likely to die from the flu if they get it.

When tonight’s nightly news features a scary-sounding headline about “a study that found a link between flu vaccines and miscarriages,” please turn to the person next to you and tell them why that headline is wrong. Sometimes, the slightest hint of the connection between x and y means you might as well play it safe and kick that unnecessary x habit. Do not (we repeat: do not) kick your getting-a-flu-vaccine habit in the hopes of playing it safe. The safest thing to do is to get vaccinated.