COVID-19 is exposing the food deserts around Native American reservations

Historical and current structural racism is at the heart of policies that prevent Tribes from quality food supplies. 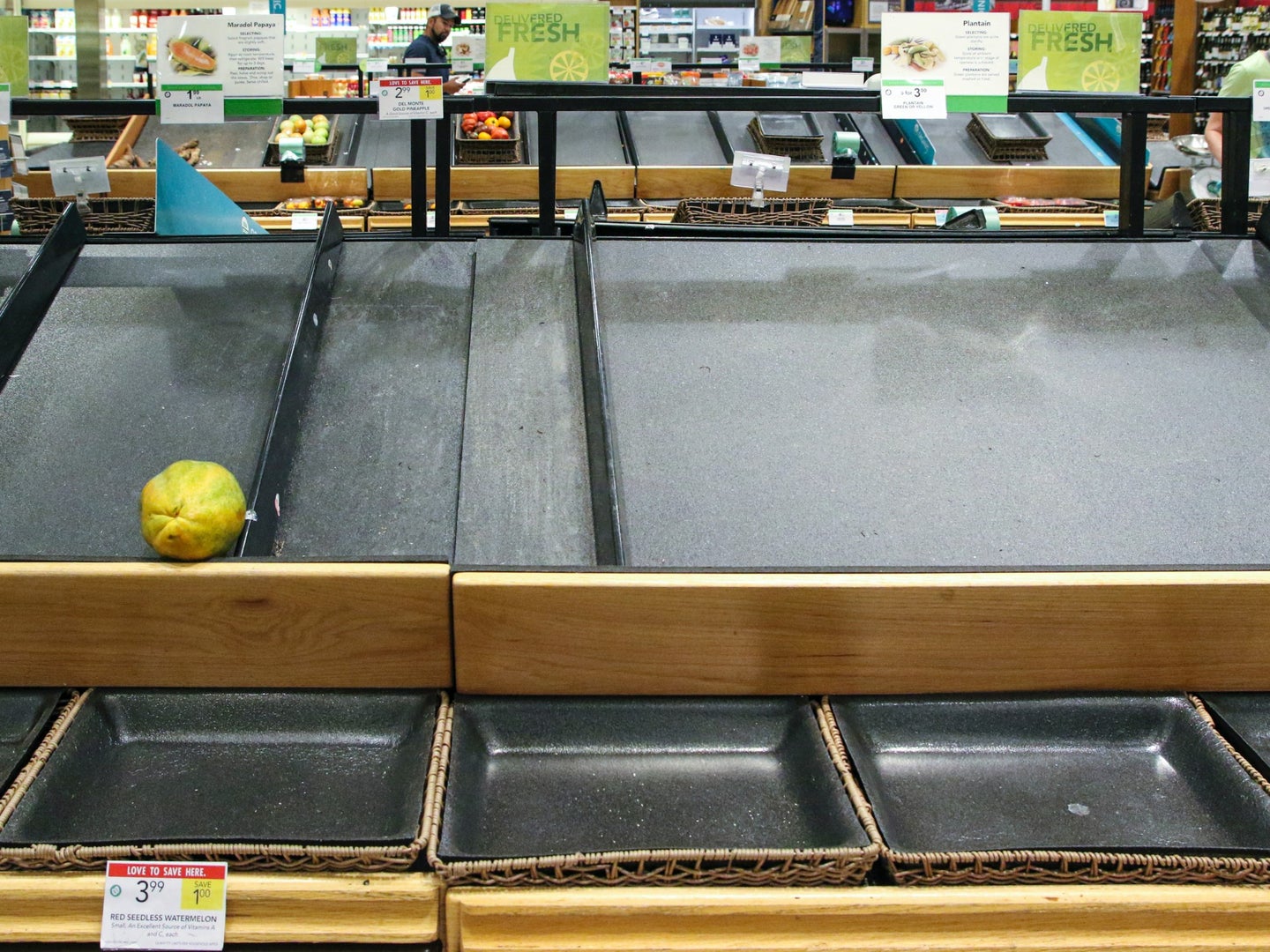 The disproportionate impact of COVID-19 in Native communities around the United States is the result of historical and current systemic racism that has siloed Tribes and prevented them from using their resources effectively, experts say. One place where this manifests is in food security.

For Native people who live in remote areas, the ongoing pandemic’s interruption to food supply has made getting food complicated. In normal times, many remote Tribes need to drive to grocery stores that are an hour or more away. With pandemic-related panic buying, what’s there when people arrive isn’t always even helpful.

“You’re driving two hours to get to a place where there’s bare and empty shelves,” says Valarie Blue Bird Jernigan, who is a citizen of the Choctaw Nation and the executive director of Oklahoma State University’s Center for Indigenous Health Research and Policy. “You also have, due to the COVID situation, higher prices,” she says.

“We’ve seen increased reliance on the federal nutrition programs,” says Carly Griffith Hotvedt, a citizen of the Cherokee Nation and the director of tribal enterprise at the University of Arkansas’s Indigenous Food and Agriculture Initiative.. Nationwide, the increase looks like about 10 percent, but in some areas, she says, the increase is more like 50 percent.

Food insecurity isn’t exactly the same as hunger: As the USDA defines it, food insecurity is “a lack of consistent access to enough food for an active, healthy life.” Among the general population, about 11 to 14 percent of Americans are food insecure, says Blue Bird Jernigan. For Native people around the country, the rate is three to four times higher.

It’s an issue directly related to a bunch of other factors that affect somebody’s wellbeing: where they live, how well-supplied their community is, and how much money they have, to name a few. “Food insecurity does not exist in isolation,” as Feeding America documents.

The pandemic has also hit Indian Country disproportionately hard, both in terms of job loss and in terms of infection rates. The COVID-19 crisis “hasn’t broken anything,” Hotvedt says. “It’s just revealed what was already broken.”

No one thing is going to solve such a complicated issue, which affects people all around the country. And it’s important to remember that all of the more than 500 federally recognized tribes across the United States are sovereign nations, and their individual circumstances are very different, says Hotvedt.

However, Blue Bird Jernigan points to two two short-term solutions and a longer-term one that would really help to empower Native communities. Access to fresh food is a top priority, says Blue Bird Jernigan: Mobile grocery stores that can bring fresh produce, meat, cheese, and other products to communities make a big difference, and federal nutritional programs could move to supply more.

Further, support for local agriculture and infrastructure that empowered Native farmers and farms would actually help communities move forward in a sustainable fashion. “There’s this perception that sovereignty makes us able to do whatever we want with our land,” Blue Bird Jernigan says. But that’s far from the case.

Hotvedt agrees, noting that the ways that land is legally owned on reservations make it incredibly complicated to start and hold a farm. A landmark legal case, settled in 2011, found discriminatory lending practices against Native farmers, demonstrating how disinvestment in Indian Country has prevented development.

“When it comes to food security systems in Indian Country, from a historical context, it’s important to understand that food policy has been used as a method of control,” says Griffith. For example, in the 1800s, after tribes were forcibly relocated from their homelands into the country’s interior, white Indian agents (Americans employed by the US government at the time whose jobs were to be liaisons between the government and Native American people) were supposed to distribute food and supplies for farming, she says, to enable them to start producing their own food. But they frequently abused their power and the legacy of that systemic racism is still with us today.

“I think for most people, COVID-19 has been an alarm signalling what Native people have known all along,” says Blue Bird Jernigan: “That our lifestyle is unsustainable, and we have to make changes focused on long-term, sustainable thinking.”