Health experts are supporting limited use of two monoclonal antibody treatments after reports that they were ineffective against Omicron. 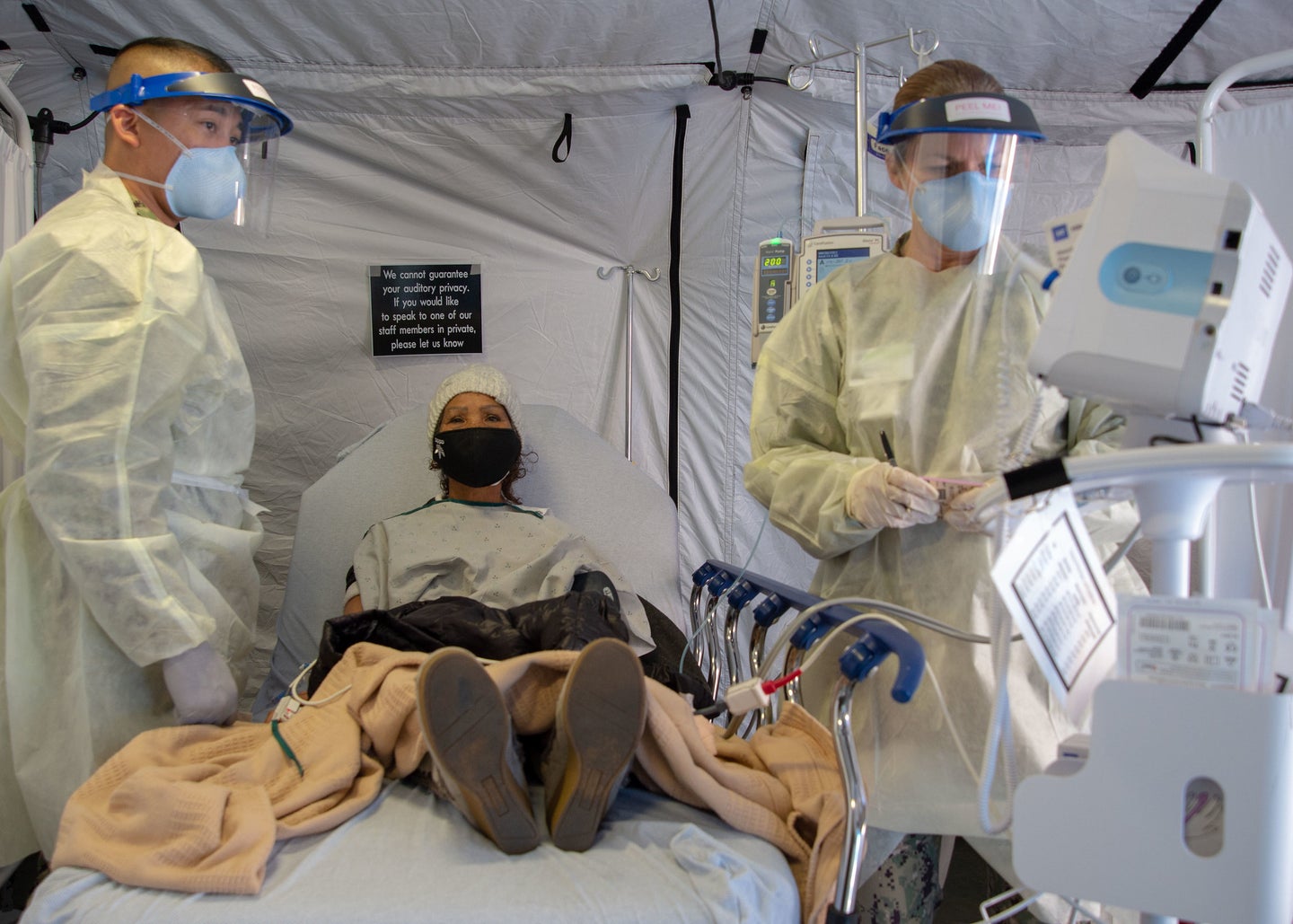 On Monday evening, the Food and Drug Administration announced that it would limit the use of two monoclonal antibody COVID-19 treatments, made by pharmaceutical companies Regeneron and Eli Lilly. Those treatments had been successful at keeping symptomatic patients out of the hospital in earlier waves, but did not work against Omicron, the agency said. A third, less common monoclonal treatment, called sotrovimab, can still be used.

The FDA’s decision, based on lab studies of the treatments, mirrors the practices of many healthcare providers, who had been administering the two drugs to treat lingering Delta infections, but stopped as Omicron cases dominated.

Monoclonal antibodies are lab-grown versions of antibodies that the immune system would make against COVID after an infection or vaccination. They’re given via an infusion (a bit like an IV drip) within five days of a patient developing symptoms in order to soup up the early immune response. Initial clinical trials found that when given either Regeneron or Eli Lilly’s drug, an individual was 70 percent less likely to be hospitalized.

For much of early 2021, supplies of the drug were limited, and they were given only to people at high risk of severe COVID. But by this fall, the federal government was delivering tens to hundred of thousands of doses per week. Some states, including Louisiana and Florida, opened state-run infusion centers where anyone could come in to receive treatment.

But Omicron’s mutations allow it to dodge many of the antibodies that respond to earlier variants. The same goes for the lab-made antibodies. If you think of the virus as a set of Legos, each antibody is tuned to grab a specific brick. Omicron has swapped out many of those bricks as it has mutated, and old antibodies might not have anywhere to bind. Sotrovimab just happens to target spots of the virus that went unchanged. Vaccines still prevent severe disease from the Omicron variant because they prompt the body to develop antibodies—and more complicated systems, like white blood cells—for a whole range of bricks.

As Omicron began to spread in the United States, healthcare providers hunted for ways to make sure that monoclonal antibodies were reaching people with Delta infections, which still responded to the treatments.

That’s easier said than done. Genomic sequencing, which public health researchers use to track COVID variants, takes at least a few days, but often stretches into a week—by which time, the window for antibody treatment has passed. And most of the sequencing is currently done at a lower standard than the FDA requires for clinical decision-making. PCR tests used by some healthcare institutions could detect one telltale mutation on Omicron, while others, like Houston Methodist Hospital in Texas, rolled out a test that could distinguish between strains as Omicron spread.

Now, with Omicron responsible for more than 99 percent of cases nationally, the FDA argues that it doesn’t make sense to use the two ineffective monoclonal antibody treatments anywhere. The emergence of an Omicron sub-variant, BA.2, has made it even harder to get the right monoclonal antibodies to the right patients. BA.2 looks just like Delta and other earlier variants on the PCR screening. This can lead to patients receiving ineffective treatment for Delta instead.

[Related: What we know about Omicron’s latest variant]

“You’re doing an awful lot of work to try to find the one or two Delta cases,” says Long.

Even before Omicron, the monoclonal antibodies weren’t necessarily readily accessible to all patients, according to findings published by the CDC. A recent paper found that white patients with SARS-CoV-2 were much more likely to receive the treatment than people of other races or ethnicities. Amy Feehan, a co-author on the paper and researcher at the Ochsner Clinic Foundation, the research arm of a Gulf Coast hospital system, suggests that’s a signal that people didn’t have equal access to drugs.

To get monoclonal antibodies, a person needed to be diagnosed in time and able to get themselves to treatment. The programs that were most successful at reaching patients “had a whole integrated system that was very labor intensive,” says Feehan. “They reached out to those patients directly over the phone if they met certain [high risk] criteria. And they were able to get 91 percent of the people who they contacted in to get an infusion.”

Although the treatments were widely used in California as late as last week, people opposed to vaccination requirements have especially relied upon the drugs. Florida governor Ron DeSantis has criticized the FDA’s decision on the grounds that the antibody therapies haven’t been tested in human cases of Omicron, and Florida continued to use the antibodies up until the FDA announcement. While it’s true that human clinical tests haven’t been conducted yet, there is a growing body of evidence that supports the ineffectiveness of these treatments on Omicron. Studies published in December found that even when bathed in monoclonal antibodies on a Petri dish, Omicron particles could keep reproducing.

The withdrawal of the emergency use authorization does create real problems for COVID treatment. Supplies of sotrovimab, the one remaining monoclonal antibody therapy still known to be effective, are scarce. The antiviral treatment remdesivir, which was previously only used during hospitalization, can now be used in mildly ill patients, but the drug requires three lengthy infusions. Still, health experts support the decision. “You shouldn’t really be using a therapy that doesn’t work,” says Feehan.

The FDA left the door open for the return of the treatments if the prove effective against future variants.

More recent antivirals, particularly the pills molnupiravir and Paxlovid, could, in the end, provide better options for patients. Because the pills can be given at local pharmacies, they may end up being much more accessible than time-intensive infusions. (The Department of Health and Human Services keeps a list of providers that can fill prescriptions for the medication.) But until production scales up, pills can’t match the current volume of monoclonal antibody treatment, which means that for the moment, tough decisions remain about how to prioritize their use.

Correction: An earlier version of this story misstated the last name of Amy Feehan. We regret the error.