The FDA just approved the first new flu drug in 20 years. Here’s what you need to know.

Xofluza can help thousands of people this flu season, but it's not for everyone. 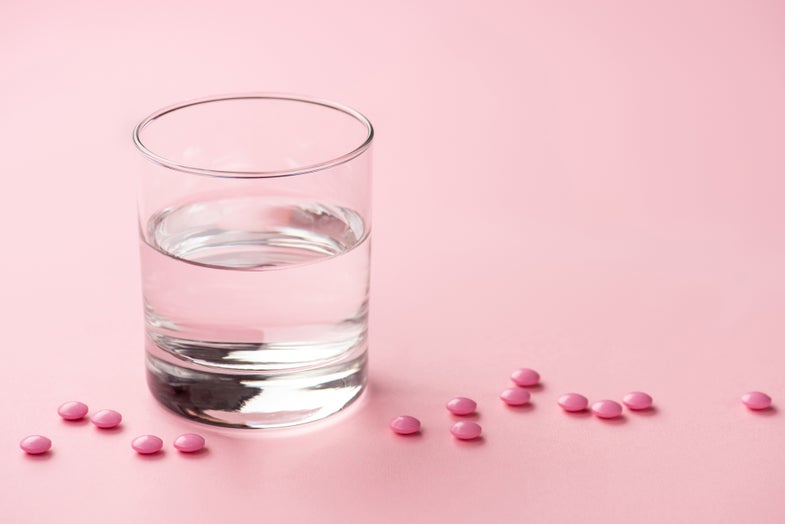 Our arsenal in the endless, roving, ever-evolving battle against the influenza virus just got slightly larger. The Food & Drug Administration just announced that they had approved the aptly-named Xofluza, the first new antiviral drug in two decades, to help alleviate the symptoms of a flu infection.

Last year roughly 80,000 people died of the flu, many of them from complications that antivirals can help fight. But antivirals, Xofluza included, aren’t for everyone—here’s what you need to know as we head into this year’s flu season.

Is this drug any different from Tamiflu?

The reason Xofluza got a priority review from the FDA is that it works through a different mechanism than Tamiflu. Both are antivirals, meaning they prevent the replication of the virus, but they work at different stages in that process.

First, a quick primer on how viruses infect you: a virus is basically a packet of genetic material that injects itself into a cell and hijacks the cell’s normal replication machinery, forcing it to produce millions of copies of the virus. A protein called viral neuraminidase allows those copies to exit the cell and go infect new parts of your body. Most of our effective antivirals are neuraminidase inhibitors—the virus can still replicate, but it’s prevented from escaping.

Xofluza works by preventing the viral replication in the first place. It blocks viral polymerase, an enzyme that helps make copies of the invading genetic material. This doesn’t necessarily make it better or more effective—the FDA notes that early trials suggest it’s about as effective as Tamiflu—but as the FDA Commissioner Scott Gottlieb pointed out in a press release, “Having more treatment options that work in different ways to attack the virus is important because flu viruses can become resistant to antiviral drugs.”

Can Xofluza keep me from getting really sick?

Possibly! Both Tamiflu and Xofluza shorten the average duration of illness from seven days to about five and can alleviate some of the worst symptoms, but that’s generally dependent on taking the drugs within 48 hours of developing the flu. If you’ve already been sick for a week and are simply tired of being ill, neither drug is likely to help you. Though it would be wonderful if we had that kind of drug, the real value of these antivirals is to alleviate symptoms for people who are at high-risk for complications or people who are seriously ill with influenza.

See, when most of us think of “the flu,” we think of a nasty cold. The reality is that full-blown influenza is severe and potentially deadly—and it’s these cases that require an antiviral. If you’re hospitalized with the flu, you’ll probably get one of these drugs. Otherwise they’re generally only given to high-risk cases—kids under age five, adults over 65, people who are pregnant, and patients with asthma, certain kinds of heart disease, and chronic lung issues (you can check out the full list here). Symptoms of the flu can bring on complications for these people, so an antiviral that alleviates the worst of them can be vital. The average healthy person may also be prescribed Tamiflu or Xofluza by their doctor, but as the Centers for Disease Control notes, “most people who are otherwise healthy and get the flu do not need to be treated with antiviral drugs.”

Does this mean I don’t need a flu shot?

Absolutely not. Go get your flu shot right now if you haven’t already. As we’ve already noted, antivirals only lessen the effects of the flu—they can’t keep you from getting or staying sick. And besides, all drugs come with side effects. Xofluza can cause diarrhea and bronchitis, while Tamiflu can cause nausea and vomiting. Plus treatment costs money. Xofluza can run you $150 (though some insured people can get a coupon to bring the cost down to $30) and Tamiflu around $100. Most people can get free flu shots through their insurance, employer, or county health department, and the vaccinations cost just $20 to $40 at various pharmacies.

Most importantly of all, getting a flu shot helps protect those around you from the flu as well. Xofluza isn’t even approved for kids under 12 (though Tamiflu can be given to anyone over two weeks old), who are some of the most vulnerable to deadly flu infections. Last year, 183 children died from influenza. Don’t make the mistake of thinking that an antiviral will save a life—vaccines save a whole lot more. Get yours now.