Even when the signs and symptoms vanish, it doesn't mean patients are cancer-free. 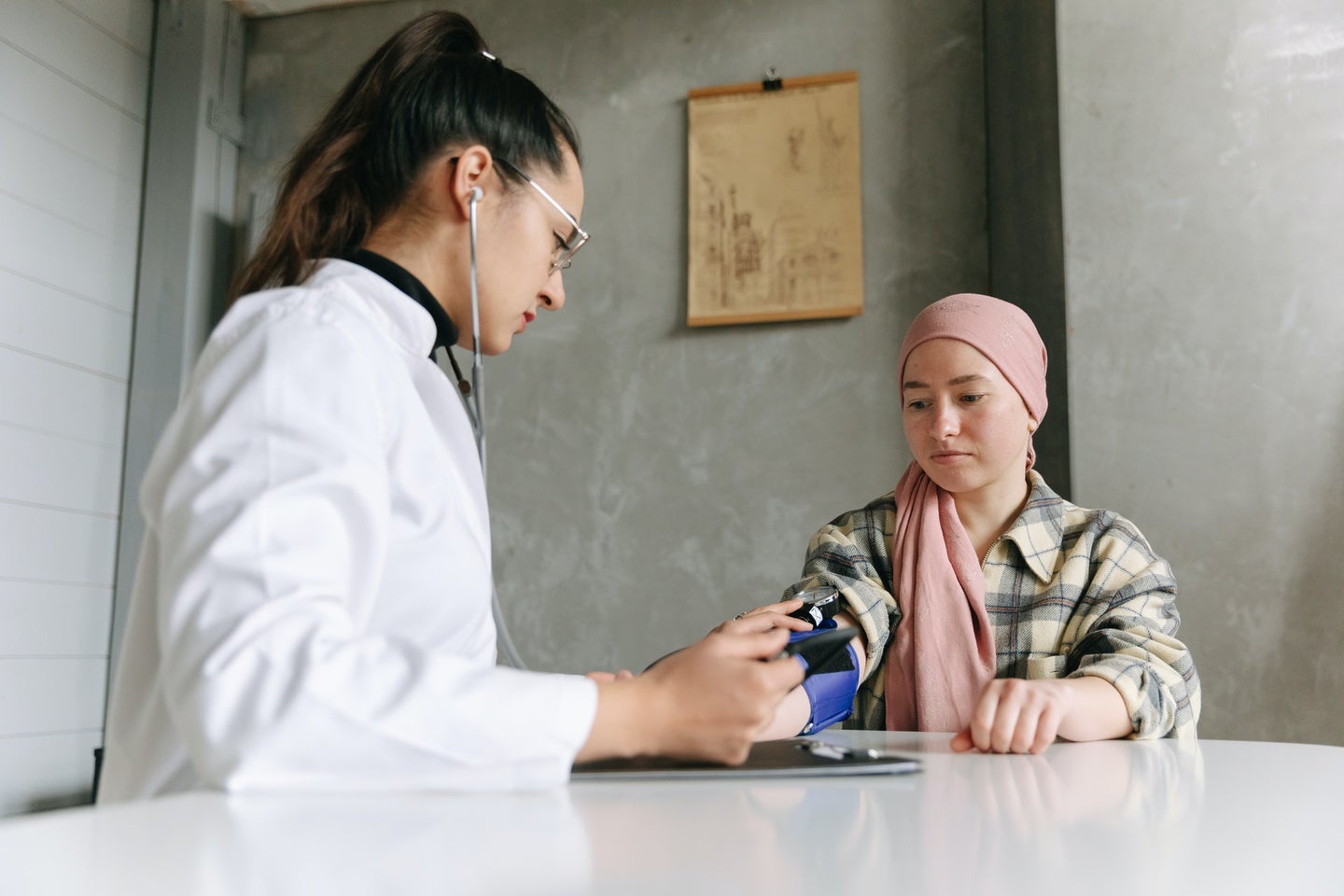 Doctors may talk about remission, but that shouldn't be equated with "cured" or even "cancer-free.". Pexels
SHARE

One of the most misunderstood ideas in medicine is a single word: cure. With cancer, the idea of a cure is particularly strong. It can be a ritual that brings people together. It can be a source of focus for the mind, calm for the heart, and hope for the future.

But it is unlikely for a patient to hear that word from a doctor. “It’s very rare for us as cancer doctors to tell the patient, ‘You are cured.’ Right now the most that we can tell our patient is that they are in remission,” says Jason Aboudi Mouabbi, an assistant professor of general oncology and breast medical oncology at the University of Texas MD Anderson Cancer Center.

Remission is when all signs and symptoms of cancer are completely gone, according to the National Cancer Institute; the cancer cells aren’t detectable by scans, exams, bloodwork, and other testing.

“But that does not mean that cancer is completely gone—just we cannot see it. So we have to assume it’s gone,” Mouabbi says. “We don’t use the word cure until [you’re in] remission for five years.”

Even the five-year mark is an imperfect standard. The estimate may be less accurate for certain diseases, like breast cancers. And being “cancer-free” isn’t as straightforward as you might think, either. That phrase goes beyond remission: It means that there are no cancer cells in the body at all. Like a cure, this is essentially impossible to achieve. Though it’s unlikely cancer will come back after five years, there is always a chance it will return, because malignant cells may lay dormant and undetected.

When a person is sitting in a doctor’s office, holding their breath and their loved one’s hand, their goal isn’t to be cured, exactly. It’s to do whatever it takes to get better, despite many barriers, like the eye-watering cost of care. It’s to go into remission, after weeks and months of treatments. Here are the different strategies oncologists use to achieve that these days.

The latest options for cancer treatments

Chemo, the oldest and often go-to strategy for tackling a wide variety of cancers, is getting an upgrade. “Many therapies [now] are targeted to genetic alterations within a cancer, and they would still fall under the class of chemotherapy,” Karen Knudsen, CEO of the American Cancer Society, says. For example, chemotherapy can directly attack colorectal and melanoma tumors linked to a mutation in a gene called BRAF.

“Even our cells have a shelf life,” Mouabbi says. “Eventually, they have to die off and new cells have to replace them.” But when the body tries to replenish cells and doesn’t follow the rules, the microscopic structures keep dividing. If they don’t stop, “that’s when cancer happens,” Mouabbi says. Targeted cancer therapies attempt to fix those errors at the genetic level, especially mutations.

Targeted treatments called antibody-drug conjugates focus on cancer cells while leaving the rest of the body’s cells alone. Unlike chemo, this allows healthy cells to stay that way. “When it targets that protein [on the cancer cell], a payload gets released only to those cells that the antibody binds to,” Mouabbi says. It has revolutionized the management of breast cancer, he adds, and is being explored for other cancer types.

Trastuzumab, commercially called Herceptin, is another targeted therapy that is informed by a patient’s biology. Some cancer cells create an excess of a protein called HER2. This therapy focuses on that protein, which causes an especially aggressive form of breast cancer, plus a type of stomach cancer and gastro-esophageal cancer.

The Food and Drug Administration recently approved an innovative radiation therapy that targets prostate cancer, which accounts for 5.7 percent of all cancer deaths. It will kill an estimated 34,500 people this year, almost as many people as the residents of Beverly Hills, California.

One of the more promising radiotherapies is proton therapy, which might be safer than photon therapy, a 2020 study of nearly 1,500 US patients found. Though both are radiation-based approaches, they work differently: Photon therapy beams high-energy X-rays or gamma rays into the body, while proton therapy uses positively charged particles to break up DNA. Proton therapy “has the potential to reduce harm to surrounding normal tissue,” Knudsen says (trials are still underway to investigate this).

Cancer surgeries, which physically remove the tumor, “are constantly being upgraded,” Knudsen says. A major focus for medical researchers is to reduce side effects by improving the timing of chemotherapy before surgery. “For some cancers, [doing] chemotherapy upfront can shrink the tumor, which makes surgery easier to do with fewer adverse outcomes for the patient,” Knudsen adds.

One type of groundbreaking immunotherapy is CAR (chimeric antigen receptor) T-cell therapy, which puts the immune system to work to fight cancer. T cells in blood are essentially trained to attack the cancer cells. A recently completed phase 3 clinical trial that studied 180 patients in the US over approximately two years found CAR-T therapy to be effective in individuals with large B-cell lymphoma (the most common type of non-Hodgkin’s lymphoma). When coupled with a dose of an mRNA vaccine, CAR-T therapy might one day work in patients with other types of cancer, another very early clinical trial suggests.

Another treatment removes the disguise that hides cancer cells from your immune system. “Checkpoint inhibitors block that cloaking process, so it allows your own immune system to potentially see the cancer—which is you, gone bad,” Knudsen says.

Preventing cancer before it attacks

Of course, the best way to fight cancer is to not let it develop and spread in the first place. Beyond lifestyle choices like diet and exercise, there are ways to reduce the risk of disease with a vaccine.

“We have a real opportunity to eliminate cervical cancer as we know it through HPV vaccination, as well as 50 percent of head and neck cancers,” Knudsen says. “This is something that we can control.”

The Centers for Disease Control and Prevention recommends all pre-teens—not just girls—get vaccinated against HPV, the most common STD. It’s a “cancer vaccine,” Knudsen says. “No one wants to think that they will ultimately have their child or someone they love … develop that disease because they were not vaccinated.”

Meanwhile, researchers at Duke University are working on a different type of cancer vaccine that uses mRNA—just like COVID vaccines—to defeat a common type of breast cancer (HER2-positive). Rather than targeting an infectious agent like HPV or SARS-CoV-2, this immunotherapy vaccine technology, now in a phase 2 clinical trial, would protect people with genetic mutations that raise their risk of developing certain cancers. This covers a range of illnesses beyond breast cancers, including lung, prostrate, and colon cancers.

“We’re not really limited, if we can demonstrate the concept,” lead researcher Herbert Kim Lyerly, an immunologist at Duke University, says. “It’s almost like if you have one electric car—you can imagine a mini-van, a truck, a sports car. All these different versions can come out to be tailored for individual cancer types as we get successful with the prototypes we’re developing.”