CRISPR is now being used on humans in the U.S.

The gene editing trial has two patients so far. 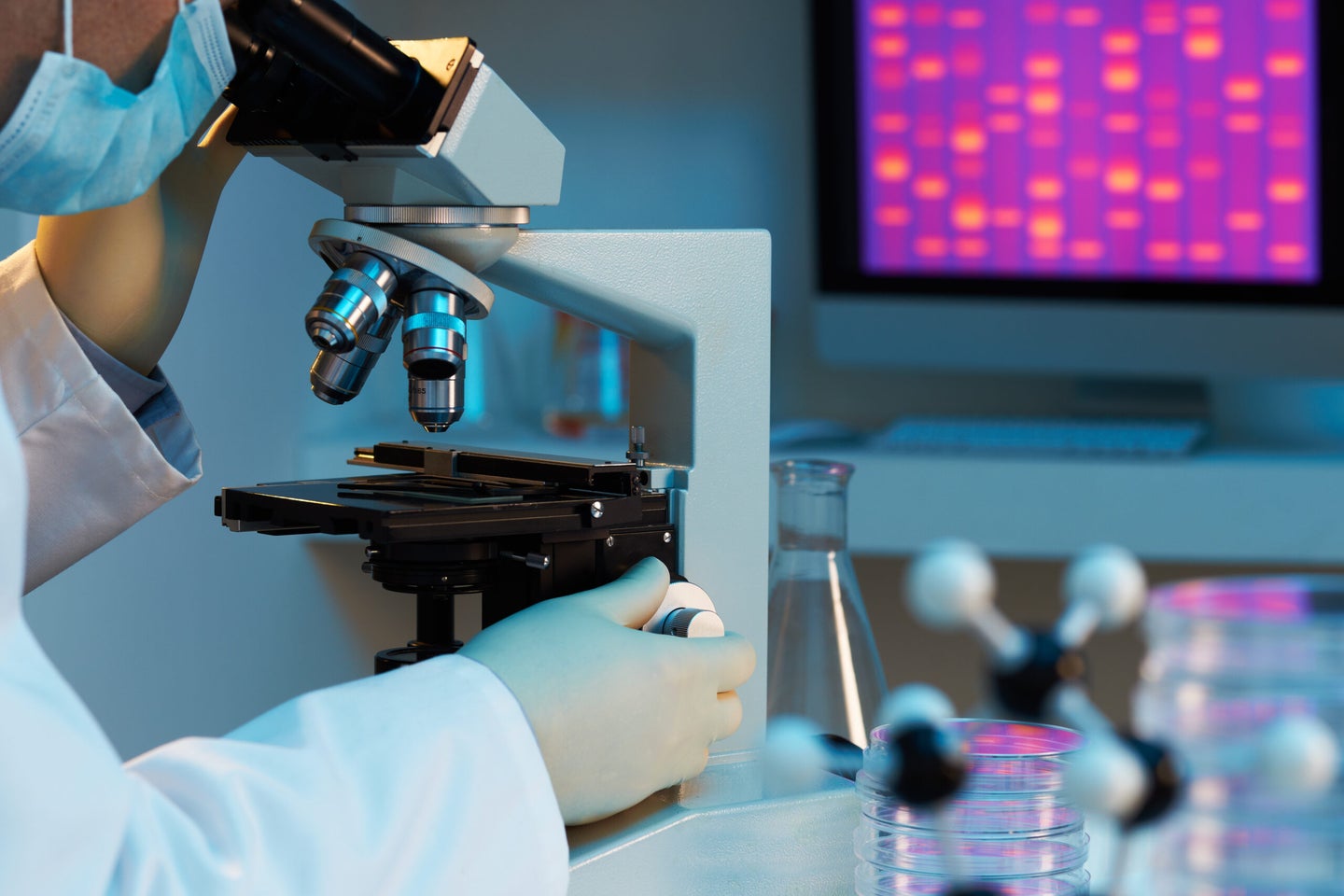 The first U.S. trial of CRISPR in humans has begun, NPR reported Tuesday. Two patients are currently being treated as part of a University of Pennsylvania study. Per NPR, both have difficult-to-treat forms of cancer and both have relapsed after regular treatments. As part of the trial, researchers are taking immune cells from the patients’ own bodies and editing them with CRISPR before putting them back in. The hope is that these edited cells will be better at identifying and attacking the cancer than their unaltered counterparts. According to the U.S. government clinical trial registry, the researchers are hoping to enroll 18 people in their study. But it’s not certain yet whether they’ll be approved for that many subjects, reports Jon Fingas for Engadget.

We won’t hear about the results of this study—or even how the two currently-enrolled patients are doing—until an as-yet uncertain date in the future. But it’s definitely true that CRISPR trials are starting to go mainstream. Other trials are planned in the U.S. and our northern neighbor Canada, while the World Health Organization is currently reckoning with the ethics of any kind of human gene editing.

It’s important to know that using CRISPR to alter specific kinds of cells in adult humans is nothing like using CRISPR to edit germline DNA, which is what scientists in China did to twins named Lulu and Nana late last year. The scientific consensus is that we’re nowhere near ready, ethically or scientifically, to start editing germline DNA, which is passed down to future generations. But the therapeutic application happening in this new trial still a big deal: after all, we’ve never edited human genes in this way before. What could go wrong? We’ve got your answers:

“Technically speaking, this is the first use of CRISPR in human patients [in the United States], but CRISPR is an add-on to this therapy,” says John Doench, a Broad Institute geneticist and gene editing expert. CRISPR is just a new tool for conducting a slightly-less-new procedure. In the University of Pennsylvania trial, he says, CRISPR is being used to make engineered immune cells known as CAR-T cells which are thought to be better at attacking tumors that regular immune cells.

Other teams have made these engineered immune cells using other methods before, but CRISPR allows the University of Pennsylvania team to make a new alteration: knocking out a specific gene in the CAR-T cells related to suppressing their immune response. This gene, known as PD-1, can be targeted throughout the body with drugs called PD-1 inhibitors, but using CRISPR, the scientists can just modify the immune response of the special immune cells they’re creating. That decreases the side effects of the treatment: after all, PD-1 is in our bodies for a reason.

“I think it’s important to recognize that CAR-T cells are a technology in themselves,” says Doench. That means if the therapy just doesn’t work for the two patients currently enrolled in the CRISPR trial, the reason may not be related to CRISPR at all; CAR-T is incredibly effective in some patients, but useless in others. Both CRISPR and CAR-T cells have a long way to go as therapies, and it’s possible that they just won’t work, or won’t work in combination, he says.

The other big worry with this treatment, as with everything CRISPR-related, is off-target edits, says John DiPersio, a cancer specialist at the Washington University School of Medicine in St. Louis who specializes in leukemia genomics. CRISPR works by guiding enzymes—the ones that do genetic snipping—to the spot on a DNA strand that scientists want to alter. If the RNA doesn’t find the right places or the CRISPR enzymes make changes in additional spots, too, other genes could fall prey to the process.

Still, that’s not necessarily a huge issue—depending on the off-target edits in question. “Our DNA is being cut by things in our environment all the time,” says Doench. For the most part, it’s pretty resilient to random damage. But a tweak to certain genes could actually turn the CAR-T cells themselves pre-cancerous.

It’s possible to see the effects of editing in the cells before they’re put back in the body, but no method of reading their genomes is 100-percent effective. And in some cases, the positive effects of treating already-present cancer might outweigh the risk that one of the thousands of infused CAR-T cells could turn cancerous, he says.

In the end, it’s a matter of weighing potential benefits and costs to sick human bodies. “There is great, positive potential” in gene editing to create better T-cell defenses, DiPersio says. If it turns out to be as safe as he and others like the team at the University of Pennsylvania think it may be, it could be a big advancement for cancer treatment.