Antioxidants in mice can actually make their tumors worse. 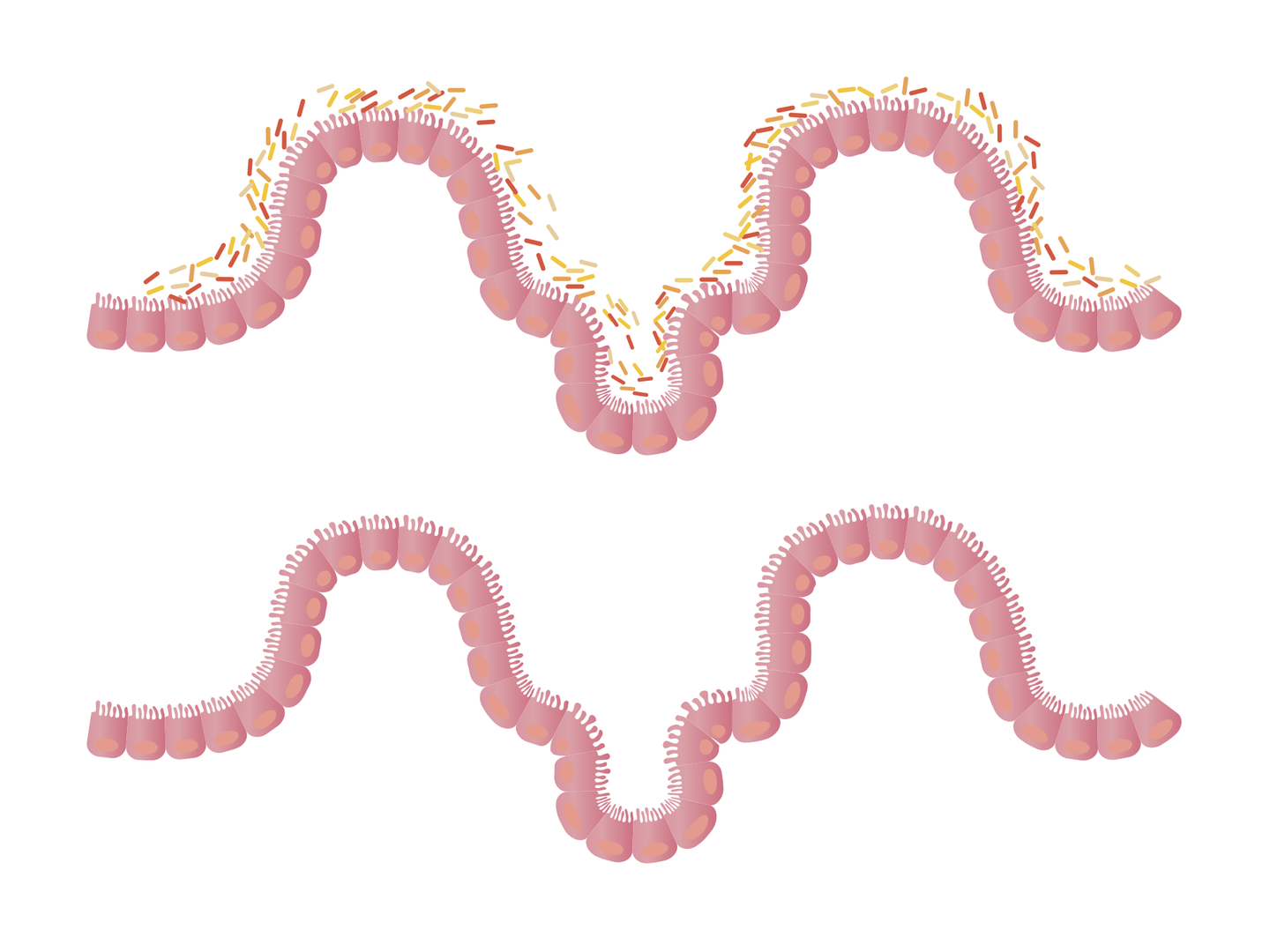 Health blogs and diet websites often tout antioxidants as a cure-all for gut health. But the story of the gut microbiome and its role in disease is murkier than most news stories might lead you to believe.

Originally in search of an explanation as to why cancer is so much less likely to develop in the small intestine than in the large intestine, researchers in Israel looked at how mouse microbiomes interact with mutations in the tumor suppressing protein, p53. Ordinarily, p53 is a cell’s best defense against cancer. Genetically mutated versions of the protein tend to be just as strong, but they generally promote cancer growth rather than suppress it. Yet when scientists looked at cancer growth in mice with mutated p53, they found that gut bacteria substantially changed the effects of the mutation.

The study, published recently in Nature, shows that mutant p53 had the expected effect in the large intestine: the mice grew tons of tumors there. But the same mutation seemed to have the opposite effect in the small intestine: mutant p53 actually prevented tumors from growing. The main variable between the two—gut bacteria—seems to be the key. Whereas the large intestine houses a plethora of bacterial colonies, the small intestine houses very few.

To confirm that it was the microbiome encouraging tumor growth, the researchers administered antibiotics to mice to eliminate their gut microflora and repeated the experiment. Without the microbiome, mutant p53 suddenly had no cancer-promoting effects.

Seeing that one mutation can yield two opposite effects was surprising, says Yinon Ben-Neriah, an immunologist and cancer researcher at the Hebrew University of Jerusalem who was also the lead author of the paper. —”This mutation has two faces, like Dr. Jekyll and Mr. Hyde.”

The researchers then wanted to understand what exactly it was about these microbes and their chemistry that was stimulating cancer growth. “We screened many groups of bacterial metabolites,” says Ben-Neriah, “and then eventually focused on just one group: polyphenols.”

Polyphenols are a type of antioxidant. They’re found in tea, coffee, wine, and a variety of fruits and vegetables. It’s also a byproduct of bacteria metabolism in both mouse and human guts. And they found that one particular polyphenol, gallic acid, appeared to be the main culprit. When the team eliminated gut bacteria in mice, but then administered gallic acid on its own, the resulting tumor growth pattern looked as if the entire microbiome had been intact.

“I think it’s quite exciting,” says Jun Sun, a gastroenterologist at the University of Illinois who was not involved in the study. We’ve known for a long time that the microbiome has the ability to modify complicated biological pathways, she says, but “this paper pushes the field further by looking at how the gut microbiome can switch the function of a p53 cancer mutation…showing that kind of reversed function by a metabolite is amazing.”

Gallic acid may promote cancer growth in the colons of mice, but that doesn’t mean that we should all turn around and start avoiding antioxidant-rich foods. Sun says that while these findings are novel, it will be hard to apply this research to other animal models, let alone to humans.

“It’s a magnificent study, but it’s early to claim any clinical application,” Sun cautions. None of the experiments were done outside of a mouse model, so it’s a stretch to try and extrapolate these data to humans, she says. Humans have vastly different and more complicated gut chemistry than mice, so validating this mechanism in people will be a tricky thing to accomplish.

There are a few things researchers will need to study before they can claim this finding has any human application, Sun says. How much gallic acid is there normally in a human colon? Are there other metabolites that might function similarly that just don’t exist in mice? And do human intestines even respond to mutations the same way mice intestines do?

“I’m surprised they see as strong of an effect as they do from such a relatively simple metabolite,” says Curtis Huttenhower, a computational biologist at Harvard unattached to the study who researches the gut microbiome and inflammation. Because microbial chemistry is often so complicated, it can be difficult to conclusively pinpoint specific mechanisms like in this paper, he says—but by zooming in on a very specific circumstance in a relatively simple mouse model, they were able to hone in on their result and eliminate any ‘noise’ that might have come from a more complicated animal.

But like Sun, Huttenhower is wary of drawing human conclusions. “Part of what is cool about this paper is they find where the wrong microbes are present in the wrong place in a mouse, leading to a cancer promoting response. But that might be one out of thousands or tens of thousands of reactions going on in a typical human microbiome.”

Ben-Neriah agrees that corroborating his findings in humans will be an uphill battle. For now, they can only make predictions, he says. There are at least two bacterial strains that produce gallic acid in human colons—perhaps in the future doctors will be able to determine how at risk a patient is for colon cancer based on the presence of those colonies, and maybe advise them away from polyphenols.

Right now there’s not a lot people can do to prevent colonic cancers, Ben-Neriah says. So even if the human microbiome is a “mixed bag,” this line of research offers a promising lead.

Even though mice aren’t people, Huttenhower says that “we now know one more chemical pathway to target that we can now go looking for in humans.” As far as whether you should be drinking more or less tea, or avoiding blueberries because of their antioxidants, he says we should avoid wide blanket statements.

“Humans are a mess,” Huttenhower says. “Human diet is complicated, we’re all different, and we all have varying lifestyles and life histories and therefore different microbiomes.” We shouldn’t even think of bacteria in the microbiome as good bugs or bad bugs, he continues. Rather, it’s about all the different ways microflora can behave in combination: “Microbes are just little bags of chemistry.”