If it works in humans, it could help eliminate one of the deadliest forms of cancer. 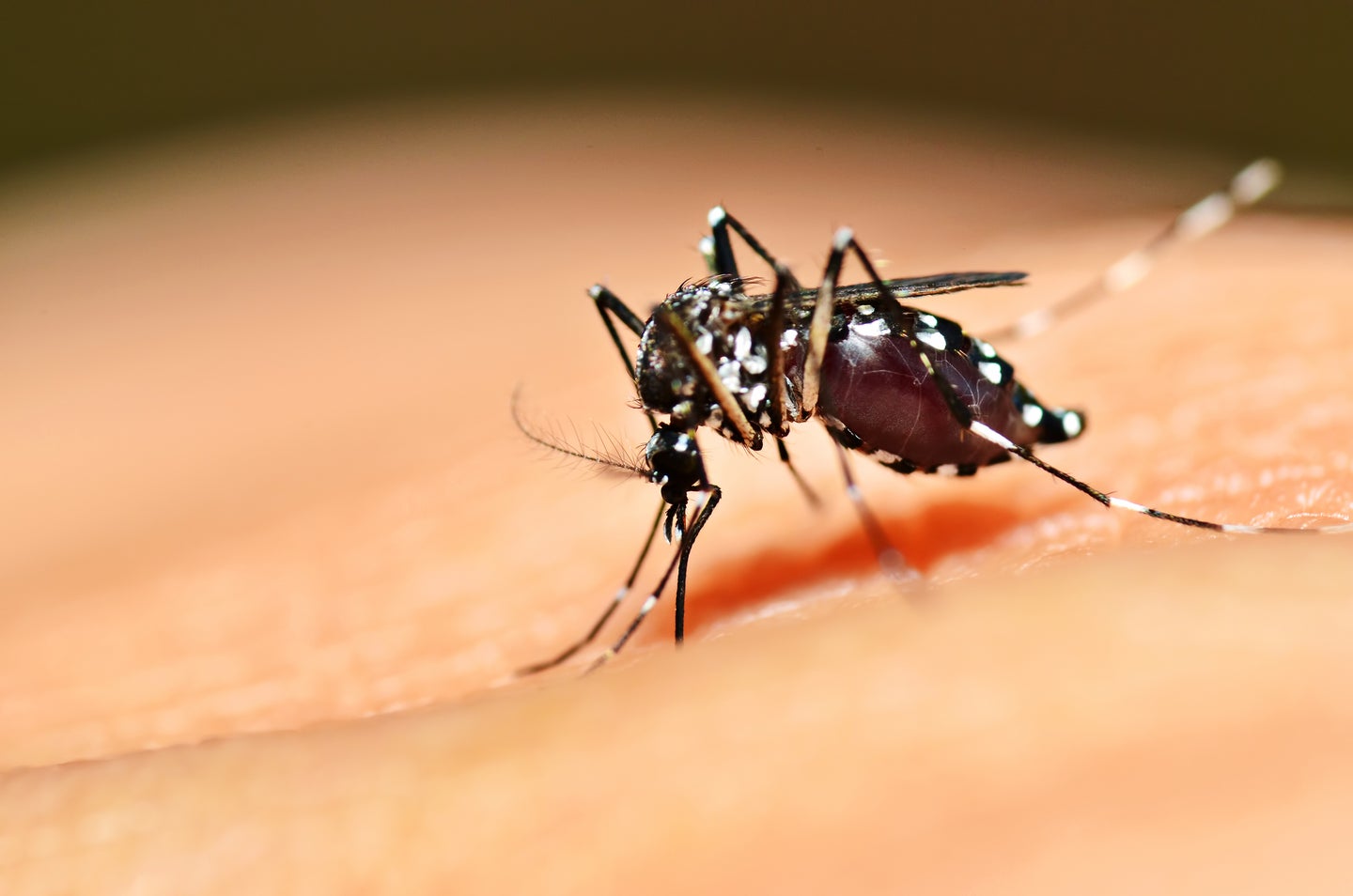 Treating cancer with a virus isn't as wild as it sounds. DepositPhotos
SHARE

Fears of Zika have plummeted in the last year. New cases of the disease that plagued the Americas for nearly two years and infected hundreds of thousands of people are incredibly rare these days. Still, that doesn’t mean doctors have suddenly forgotten all about it. And in the process of developing and testing a working vaccine that can protect against the virus, new research suggests we may have come across a treatment for one of the deadliest forms of cancer that threatens humans.

In new findings published in the journal MBio a team of researchers from The University of Texas Medical Branch at Galveston and from China successfully used a Zika virus vaccine currently under development to kill glioblastoma, an extremely aggressive form of brain cancer that kills most patients in less than two years—the same type of cancer that recently killed Senator John McCain. Fewer than 3 to 5 percent of patients live past five years, and even when treated with surgery followed by high doses of radiation and chemotherapy, the cancer usually returns, likely because of an uncanny ability by glioblastoma stem cells to hide under healthy brain tissue.

“The truth is, if you take out the non-stem cells, which could be as much as 98 percent of the cancer, they can all eventually return,” says Andrew Sloan, a neuro-oncologist at Case Western Reserve University School of Medicine.

The pathology of Zika (caused by the ZIKV virus) to cause brain damage in fetuses is what made it an interesting candidate weapon against glioblastoma. “ZIKV targets normal stem cells in the developing fetal brain, yet has minimal effects on the adult brain,” explains Milan Chheda, a neuro-oncologist at Washington University in St. Louis, who was not involved with the study but has previously studied Zika’s interactions with glioblastoma. It turns out ZIKV especially likes to target neural stem cells that have not yet matured into fully-formed neurons. The brain of a growing fetus is obviously chock full of them. “Since glioblastoma stem cells share properties with neural stem cells, we wondered whether the natural honing and lytic [or rupturing] activity of ZIKV could be harnessed to target and kill cancer stem cells.”

Although purposely injecting someone with a disease as a medical treatment—virotherapy—can seem haphazard and dangerous, researchers have long worked on the development of viruses as cancer-fighting agents. “Using viruses as a form of cancer therapy has potential,” says Justin Lathia, a researcher at the Cleveland Clinic Lerner Research Institute who was not involved with the study. “The key advantages are the virus’s ability to simultaneously kill tumor cells directly as well as activate the immune system. But a major disadvantage is the ability to control viral replication. These approaches could still have off-target effects,” and essentially turn the virus against healthy cells in the body.

Chheda and his colleagues had previously published findings last year that showed Zika, in its normal state, could target and kill glioblastoma tumors cells in vitro. And when injected with Zika, mice afflicted with glioblastoma lived two to three times longer than without treatment—all while non-cancerous cells remained untouched.

Pei-Yong Shi, a UTMB geneticist who worked on that study, decided to take things a step further and see whether safer form of Zika could achieve the same sort of results without risking infection. So he and other colleagues turned to the ZIKV-LAV vaccine, which uses a living form of the virus attenuated to prevent Zika infection, with the goal of providing immunity to typical Zika strains.

The team tested that vaccine out on mice bred without an immune system and found that it did not cause infection, and did not damage the host brain or lead to behavioral problems. More importantly, the researchers also tested the vaccine out on mice grafted with one of two types of glioblastoma tumor lines originating from human patients. The vaccine managed to reduce tumor growth overall, and specifically target and kill off cancerous brain stem cells from both tumor lines, prolonging median rodent lives from 30 days to 48 days and 31 days to 53 days, respectively.

The results are greatly encouraging, but we’re still extremely far from successfully using Zika to eliminate the deadliest form of brain cancer. First and foremost, testing on mice never equates to testing on humans, and this study itself wasn’t a typical mouse study anyhow. “These findings are done in the absence of an intact immune system, so it’s unclear how the immune system would be altered, potentially in a positive manner to reduce tumor growth,” Lathia notes.

Sloan echoes those concerns, pointing out that often times, the other goal of virotherapy is to prime the immune system to target the tumor itself. “The problem in this mouse model,” he says, “is that if you activate the immune system too strong, there can be inflammatory effects that damage or kill the patient.”

We also still don’t know the exact mechanism by which ZIKV causes infection and spreads through the body, and until we characterize those processes and have robust ways to prevent transmission, there won’t be any Zika injections in humans to stop brain cancer, even if it is an attenuated form of the virus. As the study authors write, “an oncolytic virus must display a fine balance between efficacy and safety to be successful.” That’s often a hard balance to strike.

“While I do think it has an exciting potential, and I’m encouraged,” says Sloan, “I would not put patients on this quite yet.”

Still, considering how lethal glioblastoma is, it’s likely many patients would take their chances and elect a Zika-backed treatment, even with the risk of infection. There are few good options for patients, and any treatment that might reduce tumoral resurgence and prolong survival is certainly worth exploring.