What is umami? No, really. 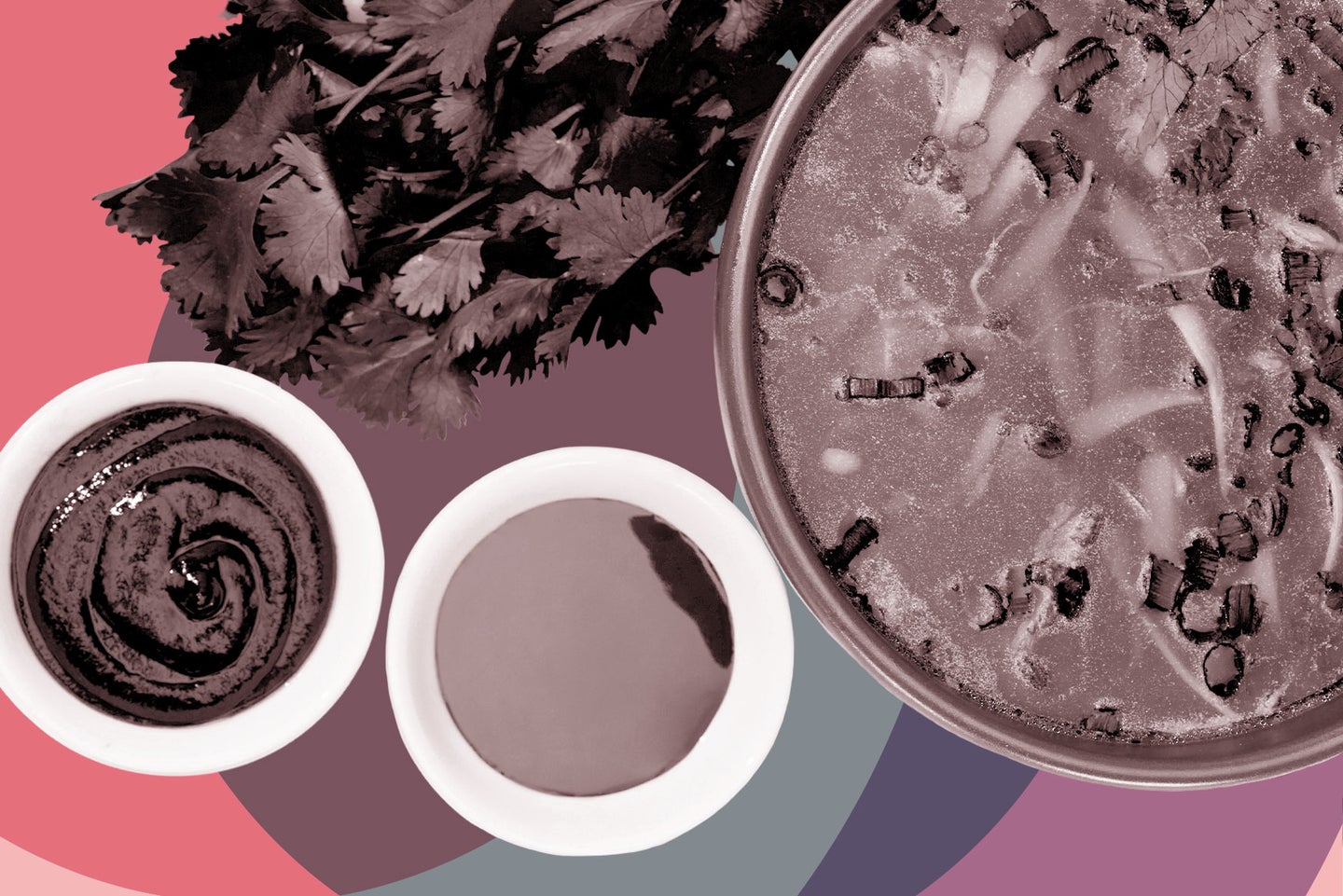 Japanese food is probably the best-known source of umami, but the supposed fifth flavor exists in many everyday foods. VadimVasenin/Deposit Photos
SHARE

How would you describe the flavor of parmesan cheese? What about the aftertaste of a rich beef broth, or the earthy tones of fresh mushrooms? You can almost place it, it’s just at the tip of your tongue … ah, umami. This millennia-old flavor was identified in only the last 120 years, and entered Western lexicon even more recently. The Japanese word translates to “pleasant, savory taste” or “mouthfulness,” and has its place alongside sweet, salty, bitter, and sour as the basic gustations.

The core of the umami flavor comes from two non-essential amino acids: aspartic acids and glutamic acids, or glutamates. Aspartic acid occurs naturally in vegetables like asparagus, while glutamates are found in a myriad of ingredients, including ripe tomatoes, cured meats, aged cheeses, soy sauce, and kelp. The glutamate you’re probably most familiar with is monosodium glutamate (MSG).

In fact, the story of MSG’s mass production dates back to the century-old knowledge of umami. As legend has it, Japanese chemist Kikunae Ikeda was dining with his family when he noticed that the dashi broth that his wife Tei made had a striking flavor. This flavor reminded him of the unique taste in tomatoes, meat, and cheese. Tei had used kelp in the broth, so Kikunae embarked on understanding the plant’s composition. A year later, he isolated glutamate in kelp as the source of the savoriness. A year after that, he developed and patented the process to extract MSG as a salt. These days, about three million tons of MSG get cranked out by food manufacturers each year.

How our bodies understand umami

But how does the brain even know when umami, or any flavor, is in a dish? On the tongue, bundles of taste receptor cells form taste buds. While all different receptors are spread over the tongue, the particular family of receptors that clock umami flavors are called G protein coupled receptors (GPCRs). Within the GPCR family are a group of siblings, so to speak, called T1R1, T1T2, and T1R3. All the T1R siblings have similar large structures to collect information from their environment. When the glutamates in umami-rich foods bind to these receptors, the cells kick into action.

[Related: You can’t taste soy sauce with your testicles]

Once the T1R receptors detect their corresponding chemicals, a neurotransmitter called adenosine triphosphate (ATP) washes over nerves called tasting fibers to carry information from the taste buds to the brain. This information translates to the savory umami flavor.

The T1R receptors are also present all throughout the digestive tract, where they play another crucial role: They train your brain to crave protein-rich foods. “The glutamate receptors signal to the brain that what you just ate had protein in it,” says Linda Bartoshuk, a University of Florida professor who studies the psychophysics of taste. “And the brain is wired to make you like protein. So the brain produces what’s called a ‘condition preference’ for the sensory characteristics of the food that came with the glutamate.” That means when you eat cheese or meat, the glutamate receptors in your gut tell your brain to associate those tastes with protein and make you want to crave those foods more.

Flavor scientists still have plenty of questions on how and why the glutamate receptors function. A study out of China from January 2019 used a simulation to examine the compound effects of MSG, umami peptides, and the T1R1/T1R3 receptors to look at their chemical interactions. Meanwhile, this past July, researchers in Italy created the first 3D models of these taste receptors. These tools will be a great help to researchers who want to get a deeper understanding of what sets off the flood of umami flavors on the tongue—and in the brain.

“If we want to think about virtual taste experiences, or taste prosthetics, we actually need to understand the molecules that produce this experience for us to simulate that,” says Joost Maier, a neurobiologist at Wake Forest School of Medicine.

There’s also evidence that other animals sense umami. Hummingbirds, for example, love sweet nectar, but they lack the T1R2 receptor that’s typically connected to the flavor. Instead, they use T1R1 and T1R3 to detect sugary sensations, along with some savory ones.

As delicious as umami-rich foods may be, there’s no consensus on whether it’s actually a core taste like sweet, salty, and so on. That’s not to say that umami isn’t a real flavor—there’s just contention over how prominent its sensory role is.

“Basic taste has no real definition,” Bartoshuk says, pointing to less-used descriptors like metallic and acidic. She believes the idea of umami being a core taste arose in the 1940s from companies that produce MSG-rich foods. “They thought they could call it something like a basic taste it would sell better,” she notes.

One potential reason umami hasn’t been wholly welcomed into the taste family could be because glutamate receptors were discovered only recently, Maier says. US biologist Nirupa Chaudhari published the first paper on them in 1996.

“I don’t think [glutamates] play as big a role in the flavor of things like tomato and cheese as people claim,” Bartoshuk says. “I think that’s exaggerated, but it doesn’t matter. It’s a natural component of foods, and that’s fine.”

It’s also important to mention that glutamates work best in bringing out other tastes. MSG dissolved in water, for example, isn’t so appetizing—but in a broth or paired with other flavorings, you can have a Ratatouille moment.

In a nutshell, umami is the sophisticated sibling among its taste posse. While it might be tough to explain at first, it becomes one of those sensations where you know it when you taste it. After that, you won’t be able to get enough.

Correction September 23, 2021: Joost Maier’s last name was previously misspelled throughout the story. It has now been corrected.