What actually happens when you pull a muscle?

To prevent injury, make sure to stretch. 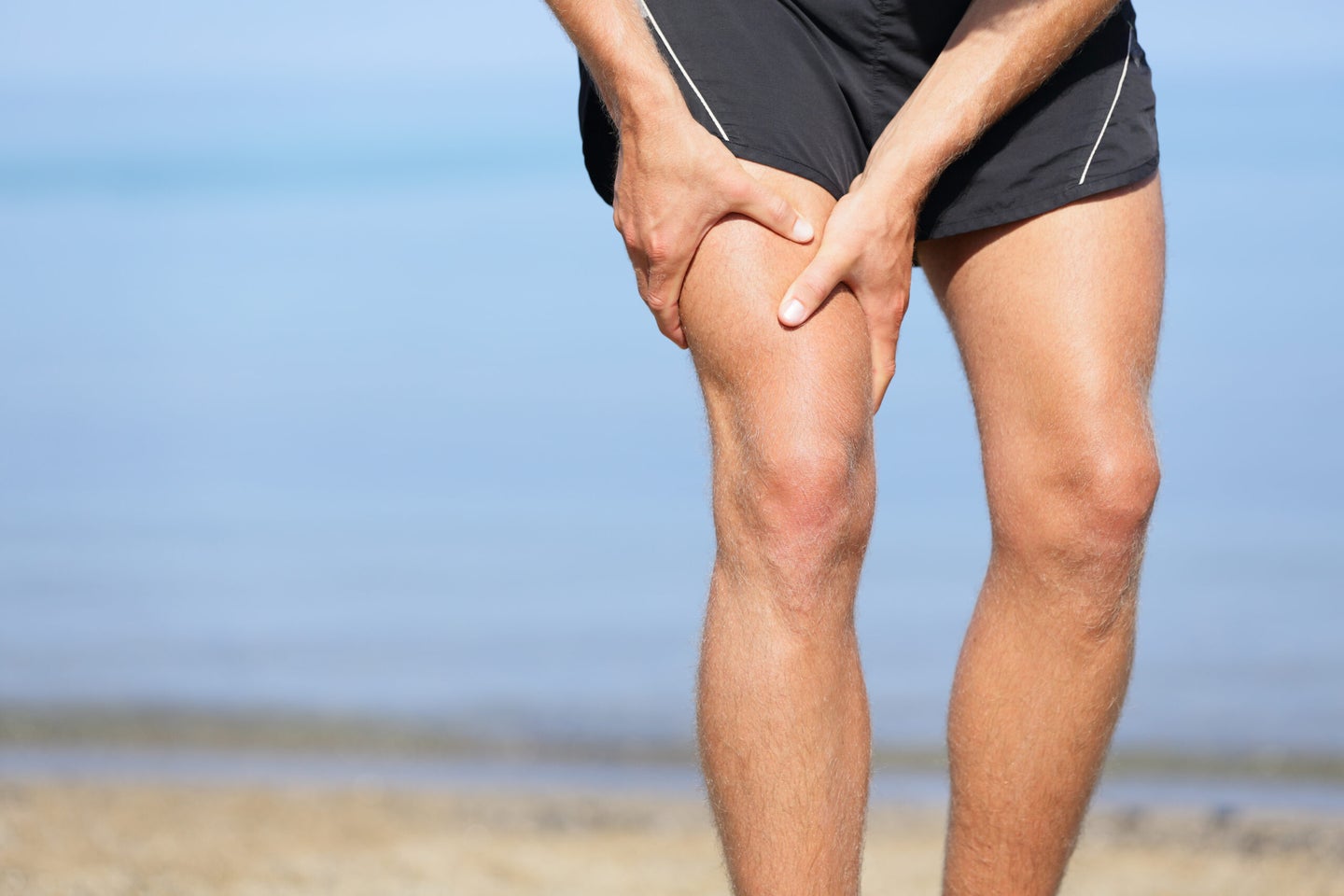 This story has been updated. It was originally published on September 28, 2017.

Joel Cramer was at the pool with his kids when another dad, competing in a big splash contest, got up onto the diving board. He bounced up once, and when he landed on the board for the second time, his quadriceps muscle tore. “It rolled up his leg and balled up near the top of his thigh,” says Cramer, a professor of exercise physiology at the University of Nebraska. “[It was] like rolling up a window shade.”

That’s an extreme (and extremely rare) example of a muscle strain, a common injury that happens to high school soccer stars, recreational runners, and middle-aged racquetball players alike. “Strain” is the medical term for the condition, though it’s colloquially known as a pulled muscle. The term is a catch-all that covers everything from a small twinge to a full-on rupture.

The human body contains three different types of muscles: cardiac, skeletal, and visceral (or smooth). Of those, skeletal are the only ones that we have control over—and thus, the ones that we can injure. Skeletal muscles are made of thousands—in some cases, millions—of muscle fibers. These fibers are all bundled together and wrapped in a sheath of connective tissues. In a nutshell, a strained muscle means that some number of the fibers that make up one of your muscles tore. This ripping can happen if someone pulls them too hard or too fast.

What we call a “tear” and what we coin a “pull or strain” all boil down to the same type of injury: A rip to some part of the muscle. But some are worse than others. A mild or “grade one” strain—what many people call a “pulled muscle”—happens when you tear about 5 percent of the fibers in a particular muscle. This typically results in an uncomfortable twinge that may force you off the court for a few weeks. A moderate sprain involves a higher percentage of fibers, and might sideline you for a month or more. A full rupture severs the muscle entirely, and usually requires surgery to repair.

Okay, but how exactly do these tears occur? And why do some instances result in more muscle fiber damage than others? Cramer says three major factors contribute to this muscle busting. Muscles that cover two joints, like the hamstring which extends across the hip and knee joints, are at the highest risk. That’s because having both joints moving and stretching the muscle simultaneously adds tension, which can lead to strains.

Muscles are also more likely to strain while they are contracting. At this point, muscles are shortening and lengthening at the same time. During a dumbbell curl, for example, raising the weight up towards the shoulder compresses the bicep, and lowering it back down stretches it back out again. The muscle can create and sustain much more force during the lengthening portion of the activity, says Cramer, which makes it easier for it to strain.

Finally, muscles that have a higher proportion of fast-twitch to slow-twitch fibers strain more readily. Fast-twitch fibers contract quickly and generate more power, says Cramer. For that reason, they are the ones recruited for explosive tasks like sprinting. “It’s relatively uncommon for slow twitch [muscles] to strain,” he says. “They’re used to being active all the time.”

Technically, Cramer says, it’s possible to strain any of the skeletal muscles in your body. “For some, it’s not physiologically impossible, just very highly unlikely,” he says. “You’re probably not going to strain deep muscles with very specific functions.” The muscles in the finger, for example, are probably not going to cause much trouble, since they only have one task and don’t do much heavy lifting.

Low flexibility and range of motion are major factors at risk for muscle strain, says Cramer. Despite the popular belief that larger muscles are tighter, Cramer says greater muscle mass is actually associated with greater give. “There’s evidence to suggest that weight training done with a good range of motion increases flexibility,” he says. And even though it may not seem like it when you’re struggling to touch your toes, Cramer says most people can teach their body to be springy enough to do the splits. So, to help keep your muscle fibers intact—pick up the weights and don’t skip your stretching routine, no matter how tedious it is.

This article has been updated to reflect the fact that stretching in general—not at any specific time—can help to prevent low flexibility, a risk factor for muscle strains.