Our four-legged ancestors evolved from sea to land astonishingly quickly

Paleontologists had to look beyond the fossil record to decipher this puzzle. 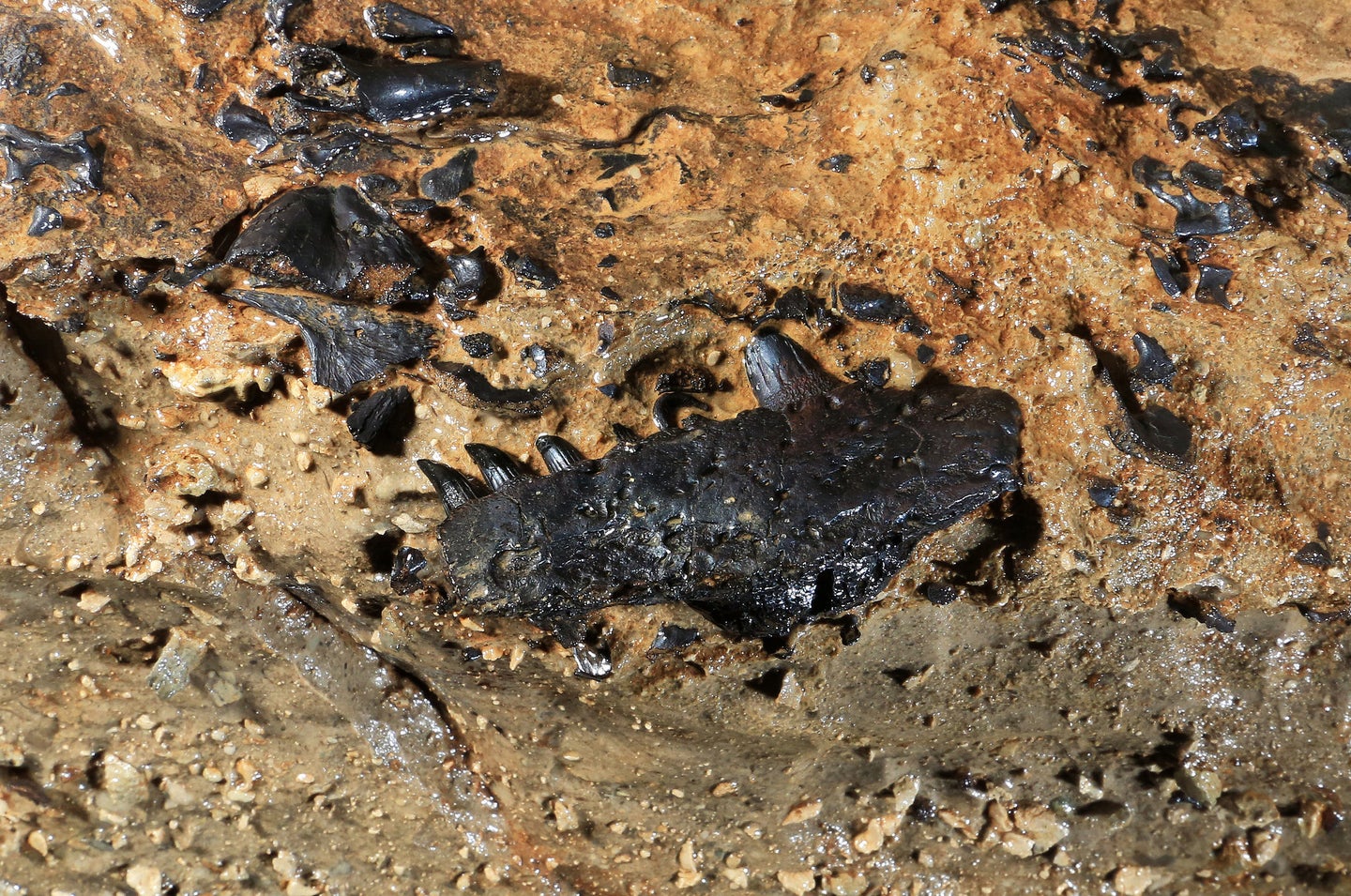 The story of all land animals begins with a squat-limbed, long-bodied swamp fish. Sometime in the steamy mid-Devonian, a family of those fish followed plants and bugs onto land and became the first tetrapods, or four-legged vertebrates.

But the fossil record from 390 million years ago is so sparse that it’s hard to find clues about who those fish were, or how they evolved. Fossils are few and far between, and there’s a surprising gap: the oldest evidence of tetrapods comes from a set of footprints left in a tidal mudflat that happens to be 15 million years older than the oldest tetrapod fossil.

A new analysis of that fossil record, published Monday in Nature Ecology and Evolution, suggests that the transition happened in a geological blink of an eye. But surprisingly, it also finds that once the first tetrapods had taken to land, they remained there—mostly alone—for millions more years.

The study reconstructed the family tree of early tetrapods to piece together that critical period. The process is similar to the one virologists use to document the spread and mutation of new viruses, but instead of genetic traits, biologists use physical differences in fossils to map out the process of evolution.

They were also able to incorporate non-fossil data for the first time, like the footprints, to calibrate the model, says Tiago Rodrigues Simões, a postdoctoral fellow at Harvard University’s Department of Organismic and Evolutionary Biology, who led the modelling.

“We were able to incorporate every single phenomenon that is part of evolution,” he says. “It’s not just how species are related, but what is the rate of evolution? How fast were species evolving and dying?”

[Related: The Sahara used to be full of fish]

On one end of the evolutionary tree were ancestral fish, which, from the outside, basically just looked like fish. It’s only within the skeleton, the researchers say, that the building blocks of terrestrial life become obvious.

“If you look at its fin, you’d say, ‘oh look, there’s a humerus bone’,” says Stephanie Pierce, an evolutionary biologist also with the Department of Organismic and Evolutionary Biology, and the study’s senior author. “If you look behind the pelvic bone, you’d also see a femur.”

Because of that, people tend to focus on the transition from fins to limbs. “But there’s tons of other changes happening all over the skeleton,” Pierce continues. “They’re just really intricate features that most people outside of paleontology aren’t interested in.”

But the study found that the fastest changes happened in the head, where newly terrestrial animals would have had to adapt their eyes, noses, and even jaws to a world above water.

Tetrapods’ eyes migrated from the sides of their heads to the top, while a passage opened up to connect the mouth and nose. They grew collarbones and necks, which gave them extra flexibility to walk and look around. (Fish, Simões says, lifting his shoulders to his ears, “are like Jabba the Hutt.”)

In spite of the frenzied changes, the research suggested that there weren’t actually many species of early tetrapods.

Since the 1940s, biologists have suspected that “as you modify your body to a whole new environment, those changes would be fast,” explains Simões. The idea went that, since the animal was evolving so quickly to suit its environment, it would also branch off into different body types, and eventually new species. “But that’s not really what we’ve been finding.”

And that helps explain the lack of fossils. “What makes me a little bit sad is that the study showed there were so few species that they weren’t being fossilized,” says Pierce. “Our hope is that we find new fossils that can tell us more of the evolutionary story, but that’s going to be tricky.”

Why exactly the first tetrapods didn’t diverge is still a new question. But, suspects Pierce, it may simply be that they suddenly found themselves living the good life. Tetrapods had found a new niche, and that gave them some evolutionary slack. “You have a little bit of breathing room for a while before it becomes really popular.”