How a curious ancient protein could be the next frontier of imaging. 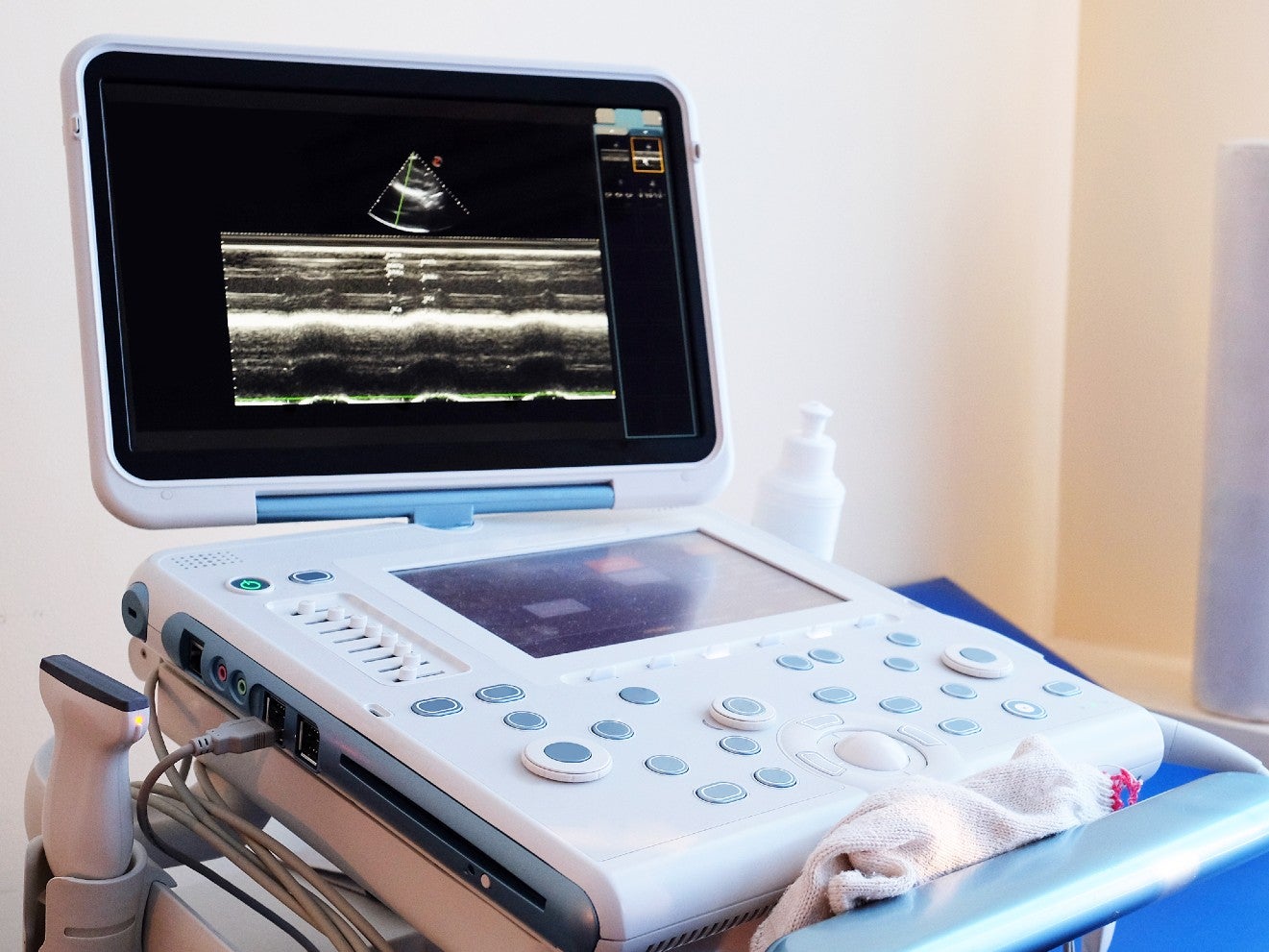 Sometimes, new technology comes from pushing the limits of what’s possible with science. But other times, it takes shape from something truly ancient.

In trying to find better ways to peer inside living cells, one group of scientists did a little bit of both. They used something very old—gas-propelled microbes, one of the earliest mobile life forms on Earth—and genetically engineered them to respond to sound waves.

When you ping these modified cells with ultrasound, they ping back, like a microscopic version of the singing Bluetooth trackers that help locate hidden gadgets. These locators could eventually be used to watch neurons and spot early-stage diseases.

“It’s basically looking in nature to find something that it made, that maybe nature evolved for a completely different purpose, but you can misuse it for your purpose as an engineer,” says Mikhail Shapiro, a chemical engineer at Caltech, and one of the researchers behind this work. Shapiro and his colleagues published their latest work in Nature Methods last month.

A gassy past informs the present

Billions of years ago, in the Earth’s ancient seas, tiny aquatic microbes had evolved a way to independently move up and down: pumping themselves up with air-filled nanoscale protein tubes. Scientists now call these tubes gas vesicles.

Picture yourself as a bacterium. Spawn some gas vesicles, and you’ll become more buoyant, floating closer to the surface and finding more sunlight to photosynthesize into life-giving energy. When you’re ready to return to the depths, just pop a few gas vesicles like balloons, and you’ll sink back down.

Today, waterborne microbes still use gas vesicles. A few niche biologists had known about them for more than a century. But it’s only in the last decade that Shapiro and his colleagues realized they could harness this entirely natural quirk of evolution—and, particularly, the DNA that makes it happen—for their own ends.

What makes gas vesicles especially exciting is that, when you ping them with sound waves—in particular, ultrasound, which is too high-pitched for human ears to hear—they ring back with a signal.

Thanks to that ability, the gene responsible for allowing microbes to create gas vesicles is what researchers call a reporter gene. By inserting a reporter gene into another cell’s DNA, scientists can “program” the cell with a property that allows the researchers to easily locate and see into the cell. When a cell activates, the reporter gene will activate, too.

The advantages of ultrasound

The technology could, for instance, detect diseases in humans early, before they can cause tissue damage. The detection could also be safer, without the bitter notes of ionizing radiation that might come with X-rays. And the reporter cells could be tracked for months on end.

“Any time you introduce a genetic modification to a cell, you have introduced the ability to monitor that one cell type throughout its natural lifetime,” says Goldhawk.

There are multiple sorts of reporter genes. Goldhawk’s group works with a reporter gene that produces magnetic iron-containing proteins, which light up on an MRI. Another very common reporter gene produces something called green fluorescent protein (GFP), originating from jellyfish. If you put its DNA into a cell to produce GFP, that cell will do pretty much what it sounds like: Exposed to the right sort of light, it’ll glow green.

But Shapiro says there’s a few advantages to using sound over light. For one, where GFP only works up to a millimeter beneath a surface, ultrasound can see much deeper. That means you can use ultrasound to look at organisms or organs without needing to cut into them.

“If you’re trying to look at things deep inside tissues, ultrasound is one of the only ways to do that,” says Shapiro.

And, while the technology to peer at fluorescent cells rarely exists outside a laboratory, ultrasound is a little more ubiquitous. “It’s the most widely used biomedical imaging in the world,” says Shapiro. “Virtually every doctor’s office has an ultrasound somewhere.” It’s highly possible, depending on your age, that your very first picture was an ultrasound image of you in the womb.

The future of popping reporter genes

For several years now, Shapiro’s group has been inserting the DNA for gas vesicles into cells and fine-tuning them. What they’ve been able to do now is dramatically increase the signal emitted by their reporter genes. They’ve done this by creating gas vesicles that, when you ping them with ultrasound, audibly pop—just like those in microbes going for a dive. That’s what made it into their latest Nature Methods paper.

Shapiro’s group is the first to make sound-based reporter genes, according to Goldhawk. “This is definitely new technology.”

Shapiro dreams of a future where every biology lab is fitted with an ultrasound machine, looking at mice bred with reporter gene-inclusive cells. But there’s a very long road before then. Although ultrasound machines are quite common, Shapiro says that actually using them for this purpose will need better imaging equipment, on top of better proteins. “At this point, I think we’re at the very beginning of the evolution of this whole field,” he says.

But scientists are already thinking about applications for cells that harness the powerful abilities of reporter genes: not just looking at cells, but controlling them. On top of using genetically engineered cells to diagnose, Goldhawk foresees that cells containing reporter genes could, for instance, eventually fight infections without using antibiotics and incurring the wrath of antibiotic resistance.

“What if we could treat infections,” she says, “with bugs that recolonize whatever organ and get rid of the infection by shrinking that population of cells?”