But don't go looking for it in a supermarket just yet. 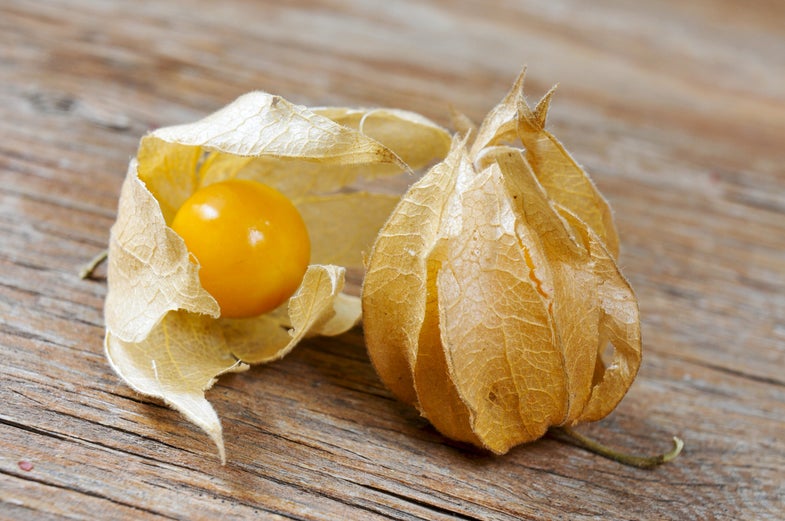 Quick, name an orange fruit that tastes like a tomato crossed with a tropical treat like pineapple or mango, plus hints of vanilla and a tinge of sourness. Stumped? Don’t be alarmed if you’re unfamiliar with the groundcherry. Chances are good you’ve never had one, because it’s not an easy fruit to grow and harvest. But we’re now on the cusp of seeing it finally break through as a mainstream crop and find its way into the supermarket around the corner—thanks to gene editing. Science has come through once again.

In a paper published Monday in Nature Plants, a team of scientists report successfully using the gene editing tool CRISPR to make the groundcherry a more attractive agricultural crop for farmers—and a more appealing fruit for consumers. The new findings are good news not just for groundcherries, but for anyone that wants to popularize all kinds of orphan crops: plants that might have a local or regional footprint but can’t be found in the mass market due to problems in production.

“We’re very excited about this work,” says Joyce Van Eck, the director of the Center for Plant Biotechnology Research at the Boyce Thompson Institute, in Ithaca, New York. “We can see a real-world application for this, not just for groundcherries, but for other crops as well.”

For thousands of years, humans have relied on good ol’ fashioned breeding to domesticate and cultivate wild crops better suited for agriculture and consumption. Sometimes we’re able to stumble on breakthroughs in just a few generations. Sometimes this takes thousands of years. The global market adopts only a few orphan crops (quinoa being one of the most prolific recent examples).

The advent of gene editing tools like CRISPR, capable of easily snipping out undesired bits of DNA and replacing it with another bit if so desired, means the ability to turn a plant into a more ideal crop almost instantly—one that can feed more people and deliver more nutrition, withstand drought and natural disaster, and just plain taste better.

When CRISPR came on the scene, Van Eck and her colleagues used it to map out and tinker around with tomato genes that determined plant architecture traits, like growth and size.

“It was just so powerful as a tool,” says Van Eck. Based on what they were able to do with tomatoes, she and Lippman quickly moved on to investigating what CRISPR could do to improve orphan crops.

Enter Physalis pruinosa, the groundcherry, native to Central and South America, but grown in many parts the Western Hemisphere, including parts of New York State. Groundcherries are loaded with potential as a popular berry: they’re nutritious, tasty, and produced throughout the entirety of the growing season—you could put them in the ground in late May or early June, and they will continue to fruit until the first frost. In the few markets where groundcherries are sold, they’re a hot-selling novelty.

“There are a lot of good characteristics about it. With improvements, we felt this plant had the potential to become a new specialty food crop in the U.S.,” says Van Eck. “For us, it was really exciting, not just for biology and genetics, but also because this had real-world application.”

But groundcherries remain orphan crops for good reason. “It has this wild, sprawling, weedy growth habit,” taking up quite a bit of space, says Van Eck. “From an agricultural standpoint, that’s not very desirable.” It’s also a remarkably small fruit, on the scale of a cherry tomato. And lastly, the fruits drop to the ground, often before they’ve ripened, creating problems in collection and hindering production value for farmers who choose to grow them.

Van Eck and her team wanted to directly tackle the genes that promoted those three problems. Thankfully, they already had a genetic roadmap for tomatoes from prior studies, and they could use this as a loose guide to the groundcherry’s genes as well. Using CRISPR, they targeted a gene governing self-pruning, to stop the plant’s shoots from growing once it flowered and foster something tamer. They also targeted a gene known as CLAVATA 1 to increase size, yielding 25-percent heavier fruit. Work is still underway to edit the genes that promote premature droppings, but given the team’s success on the other two fronts, Van Eck and her colleagues seem to be close.

Still, don’t expect groundcherries to hit your local Whole Foods any time soon. We have to first verify this technique doesn’t create unintended (read: unsafe) effects on other parts of the plant. Moreover, while the research team gets to use CRISPR for free under an academic license, they would need to buy one, or partner with a company or investor with money, if they planned to market their new and improved groundcherry plants. It’s too early to tell what direction things will move in.

And don’t expect the same techniques that worked on groundcherry to work on other orphan crops. Van Eck mentions that although it was relatively easy to target groundcherry genes, the same technique proved problematic when applied to goldenberry, a close relative. It just goes to prove that, although CRISPR has wide versatility, each crop still requires specific attention for genetic transformation.

Still, the new results are effectively a proof of concept that gene editing, in general, can rectify problems in orphan crops that could otherwise wield a much bigger presence on the market. Just having that toolbox allows agriculturalists to look beyond existing mainstream foods and expand what’s available for farmers to grow and consumers to buy.

“We’ve had a lot of fun with this project,” says Van Eck. “And we’re really looking forward to the future of what we can do.”