The Science Of How Applause Spreads In An Audience

Clapping is just as infectious as a disease, according to a new study. 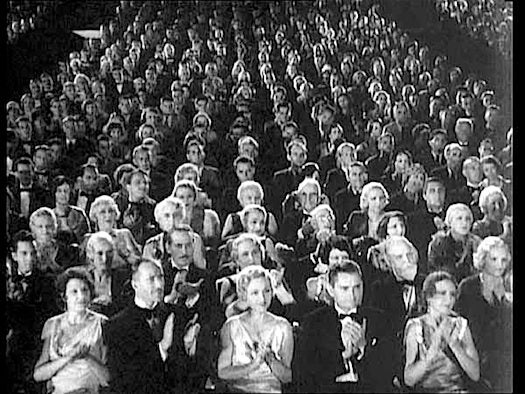 Sorry, Toastmasters. When people clap at a performance, they’re not really driven by how much they enjoyed what they saw, according to a new study. Instead, they decide how long to applaud based on the applause they hear around them.

The research is part of a larger field in which scientists try to figure out how memes spread among people. Clapping is like a small, brief meme that moves its way through the limited audience watching a performance. And it really is just as infectious as a great gif or a communicable disease. When the researchers graphed the times at which people started and stopped clapping, the graph had a sigmoidal curve, like graphs of people getting infected and then recovering from a disease, the researchers wrote in a paper published this week in the Journal of the Royal Society Interface.

The researchers, a team of mathematicians and biologists from Sweden and Germany, had small groups of college students listen to two different PowerPoint presentations. (Maybe this explains why they didn’t find any correlations with enjoyment?) Then they recorded when everyone started and stopped applauding. One interesting finding: By the time some people start applauding, a certain number of others have already stopped.

After coming up with a graph of people’s clapping times, the researchers wrote several equations that could explain how individuals make decisions about whether to clap. The equations covered possible modes of clapping, such as “everybody claps a certain length of time,” “people are more likely to clap if a greater proportion of the room is already clapping,” “people start clapping when people near them start clapping,” and some combination of different modes. The researchers looked at which equations best fit the data they had from their PowerPoint-watchers.

It seemed people responded most strongly to what proportion of the room was already clapping, which they used to decide both when to start and to stop. To a lesser extent, people also just didn’t like clapping for a very long time. People nearby didn’t matter that much, probably because you can hear clapping from others in the room even if they’re far away.

Random variation in each audience meant how long applause lasted could vary widely, even between audiences that rated a presentation as equally enjoyable.

Although this might be interesting to think about the next time you’re at the opera, nobody really cares about clapping, exactly. Instead, the point of the study was to come up with a method that others could use to study other cultural phenomena, such as how long people decide to stay in a social network, the researchers wrote. The science of virality is a big area of research right now. Marketers would love to know how to make stuff spread, especially online.