A Look At The Sun Beneath The Corona 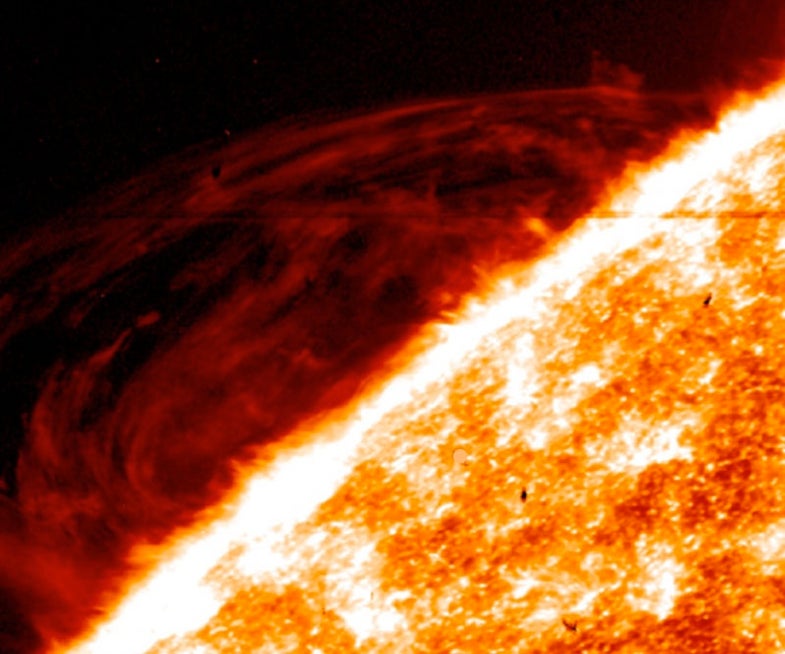 Human eyes can’t (or at least shouldn’t) look directly at the sun, but NASA’s IRIS can. The Interface Region Imaging Spectrograph mission is the latest to fly into space to observe the solar atmosphere. Now, a little more than a year after it launched, the satellite has sent back a complex picture of a special region of the sun, just below its corona.

IRIS observes the sun’s ultraviolet radiation, which can’t be seen by human eyes, and most of which is absorbed by the Earth’s atmosphere before it reaches our home planet. The satellite studies the interface region between the sun’s visible surface, which is called the photosphere, and the corona, or the “crown” of light you can see during solar eclipses. Scientists think the interface region is key to a paradox about the sun: Its corona is thousands of times hotter than its photosphere, even though the corona is farther away from the heat-generating chemical reactions in the sun’s core. It would be as if the air across the room from your radiator were warmer than the surface of the radiator itself.

IRIS is supposed to give scientists a more detailed look at what the interface region might be doing to shuttle energy out to the corona. Its telescope measures the temperature, velocity, and density of material in the interface region. It’s able to see details as small as 150 miles across.

The journal Science published five papers today, all describing different kinds of activity happening in the interface region. In an essay for Science, solar physics researcher Louise Harra summarizes what the papers found:

For example, one paper found that the interface region fires off small, fast, fleeting jets of plasma. The jets have speeds of 50 to 155 miles per second and last just 20 to 80 seconds each. Yet they probably feed mass and energy into solar wind, the paper’s authors wrote, which streams off the corona to buffet Earth and the other planets in the solar system.

IRIS will continue to observe the sun for at least another year, until the summer of 2015. 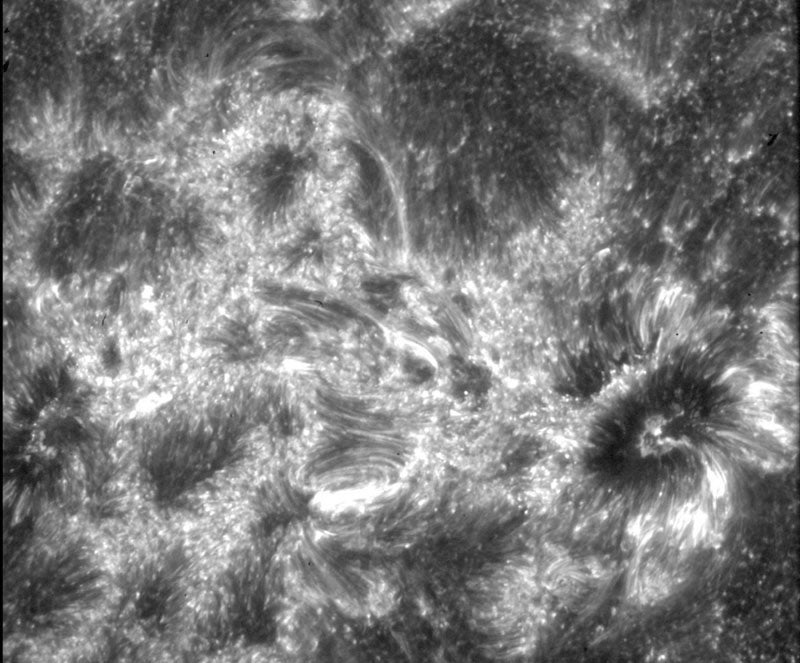