Earth's hurricanes are puny by comparison 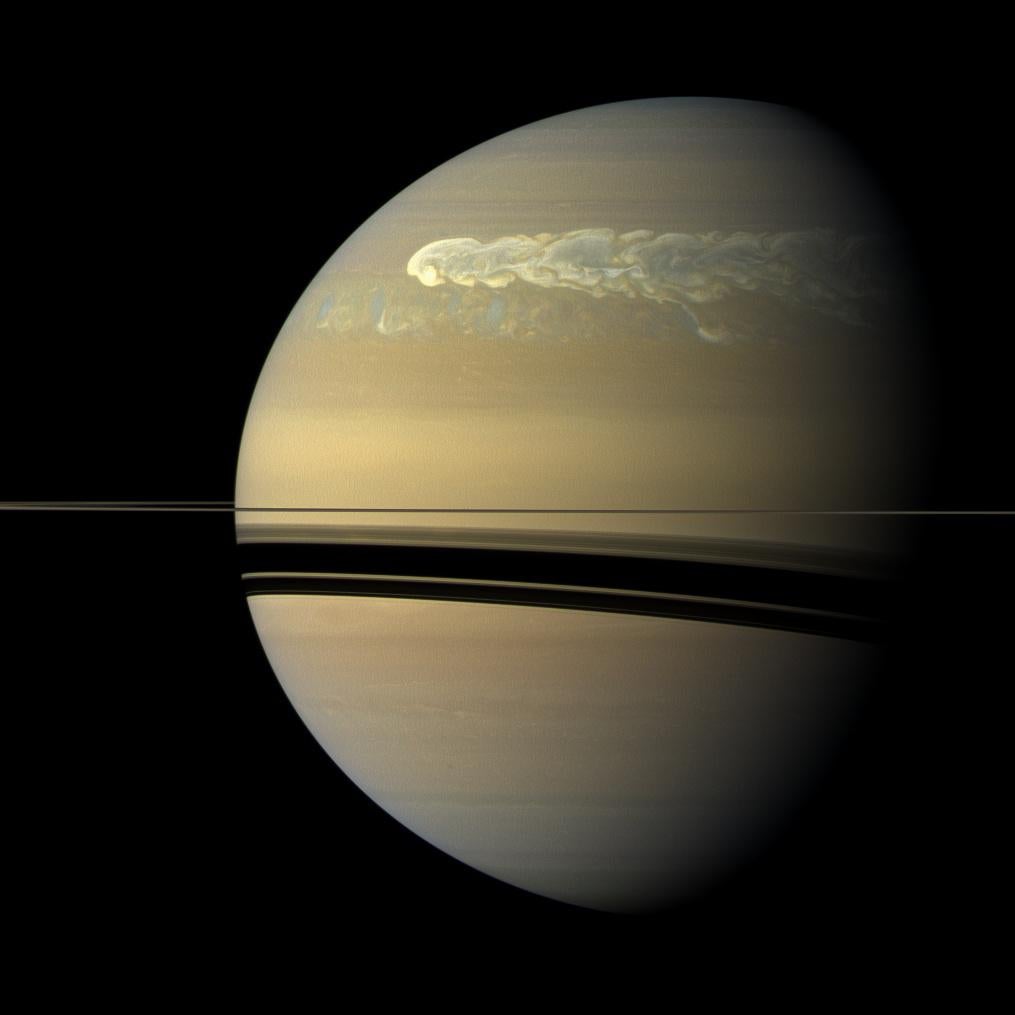 Storms here on Earth might be devastating events that can last for days and bring cities to their knees, but that’s nothing compared to Saturn’s storms. Massive thunderstorms complete with lightning and high winds can cover an area roughly the same size as our planet and can last for months, circumnavigating the gas giant in the process.

Now, scientists think they’ve figured out why these super huge storms emerge. In a new study published in Nature Geoscience, researchers from the California Institute of Technology found that the storms formed due to the convection of water in Saturn’s atmosphere. 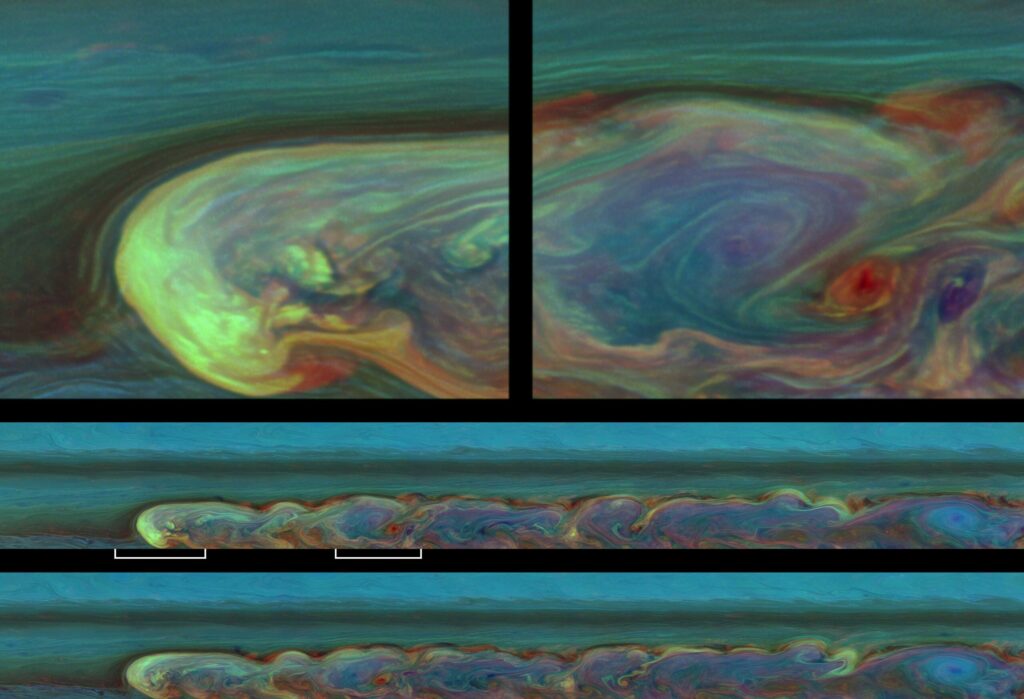 Convection also plays a huge role in how thunderstorms form on Earth. A thunderstorm develops when warm, moist air rises and cools in the upper atmosphere, with the water condensing and falling as rain. On Earth, about 16 million thunderstorms happen every year. On Saturn, they don’t happen all that often–only six have been observed in the past 140 years, but when they do occur, they are spectacular.

Researchers now think that the composition of Saturn’s atmosphere (mostly hydrogen and helium) makes the storms so infrequent. Warm air, heavy with water droplets, tries to rise but is hampered by the fact that water is so much heavier than the other elements present in the Saturnian atmosphere, so the warm-cold mixing process takes much longer.

The infrequent nature of the storms is tied to their enormous size. On Saturn, the heavy water molecules just sit there in the atmosphere, warming up, but not enough to rise above the lighter molecules. It takes the upper atmosphere cooling enough to sink to cause the storms. Because so much of the atmosphere cools off and sinks below the warm, watery layer, the process begets a huge storm that lasts for months.

“The upper atmosphere is so cold and so massive that it takes 20 to 30 years for this cooling to trigger another storm,” author of the paper Andrew Ingersoll said in a press release.