It's been hiding under debris for billions of years 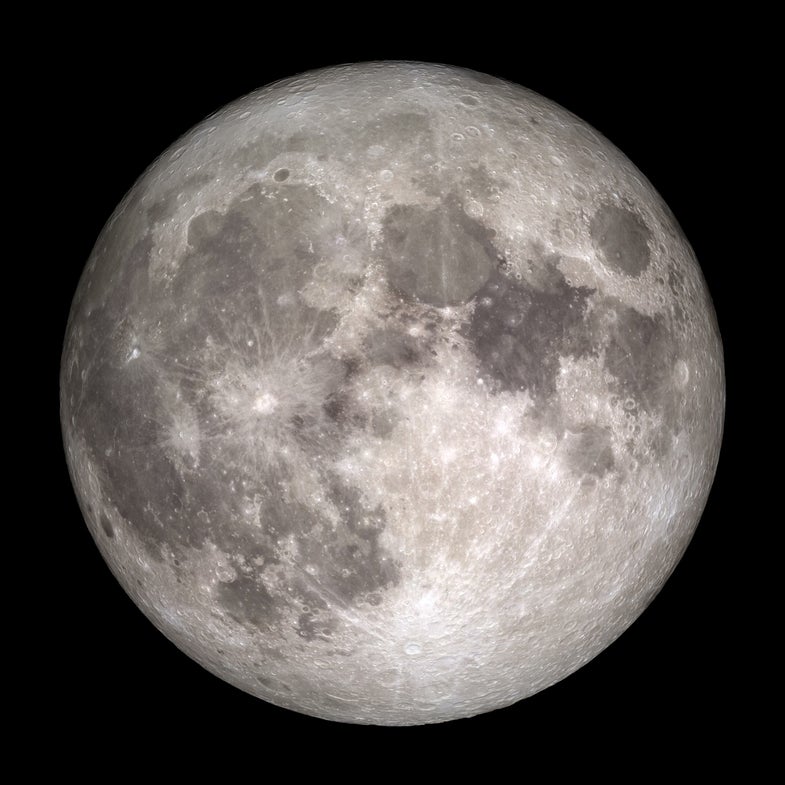 Amelia Earhart went missing in 1937, 32 years before Neil Armstrong walked on the Moon. But even though this famous aviator never got to see people slip the surly bonds of the Earth‘s atmosphere, a part of the Moon now bears her name.

Researchers attending the Lunar and Planetary Science Conference announced yesterday the discovery of an ancient crater nearly 125 miles across on the lunar surface. The newly named Earhart crater is the first crater to be discovered on the lunar surface in over 100 years.

Only the rim of the Earhart crater is still visible. The rest of it was obliterated by another impact that formed the massive Mare Serenitatis (Sea of Serenity) 3.9 billion years ago. The researchers were only able to figure out it existed based on data from NASA’s GRAIL mission which mapped the Moon’s gravity field. When the scientists looked at the resulting gravity maps, they noticed a circular crater-like anomaly whose circumference lined up directly with a semi-circle shaped ridge (part of the rim of the crater). The researchers decided that the elusive crater should be named after Earhart, a proposal they hope will be approved by the International Astronomical Union.

“When she was lost, she was actually flying a Purdue plane, so we wanted to recognize her in some form,” Rohan Sood, one of the Purdue scientists who discovered the crater, told the BBC.