Scientists are intentionally infecting people with the flu to better understand and treat it. 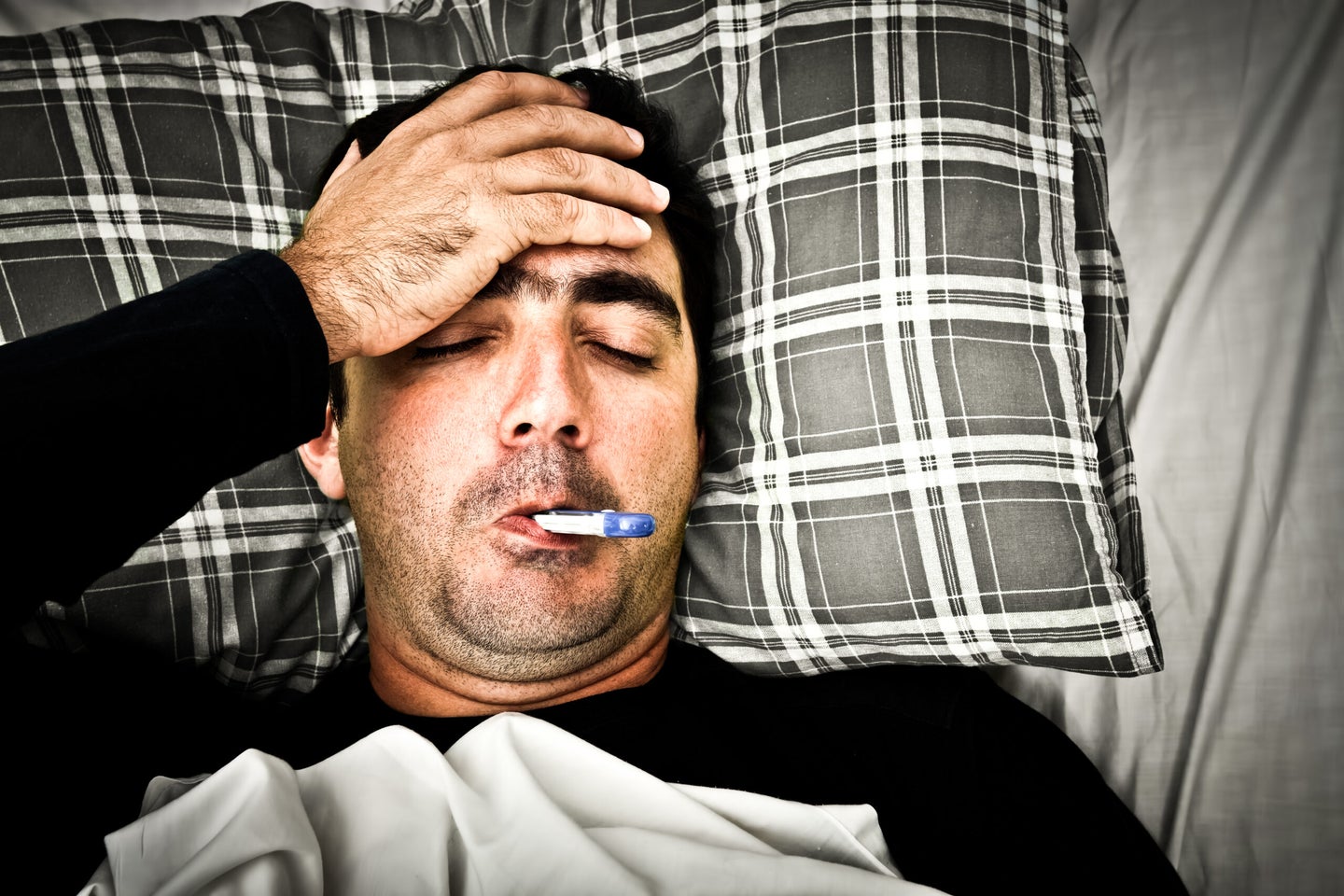 During the ongoing flu season, doctors and scientists focus on preventing the illness by reminding everyone to get a flu shot, offering tips on sickness-blocking hygiene, and emphasizing the importance of quality sleep. But this month, researchers in Maryland, North Carolina, Ohio, and Missouri will try a new tactic: They plan to intentionally infect healthy people with the virus. These volunteers are participating in a human challenge study, designed to enable scientists to better understand the progression of the illness—which helps develop and test new vaccine candidates.

Human challenge studies for influenza have a long history: The first was conducted in 1937, and they served to build understanding of the flu and test treatments for it. They were considered fairly safe; giving an already healthy person the influenza virus usually just meant a quick bout of the flu with a full recovery. In 2000, though, someone developed cardiac problems after participating in a challenge study. He recovered, but there very few were conducted for the next decade.

“It’s only recently we’ve circled back to them,” says Amy Sherman, an infectious disease fellow at Emory University in Georgia. “The reason it’s coming back now is for the push to develop a universal flu vaccine.”

Challenge studies offer an opportunity to test new vaccines in human subjects, instead of in animal models, which—while providing useful information—can’t exactly mimic the human response to a disease. Studies that look back on the effect a flu vaccine had during a particular season also aren’t an ideal way to test how well a vaccine works because there are so many confounding factors in the general population that can affect it.

The ongoing challenge study is run in partnership with the National Institute of Allergy and Infectious Diseases (NIAID). “I think the U.S. government has taken a leadership role in trying to do investigational challenge studies as a method for developing improved vaccines,” says Bruce Innis, leader in respiratory infections and maternal immunizations at the PATH Center for Vaccine Innovation and Access. The first step in the new program is to develop novel strains of the flu, and see how people respond when they’re infected with that strain. “With older strains of the virus, most people are solidly immune,” he says.

The study will administer a NIAID-developed virus, referred to as InfluenzaA/Bethesda/MM2/H1N1, in a nasal spray to 80 volunteer participants, who are clearly informed of the process and risks. They’ll then stay in the clinic for seven days, where they’ll have blood samples, nasal swabs, and throat swabs taken to track their immune response.

The findings will provide baseline information on the way people react to this particular flu strain, and on the dosage need to create mild illness. That’s important for future challenge studies that will test vaccine candidates. “Once you have that, you can do follow on studies where you can immunize people with investigational vaccines,” Innis says. Those studies compare people who receive vaccine candidates and are then given the flu virus to people who are given placebo vaccines.

“Ultimately, what will be exciting is to see the results from these candidate vaccines, when they do get tested,” Sherman says.

Participants in this and other challenge studies are carefully selected: They’re young and healthy, and don’t have any of the risk factors that make people more likely to be severely sickened by the flu, like autoimmune diseases. “The model used by the NIAID really are targeting only mild to moderate flu infections,” Sherman says. “And they have a plan if someone somehow gets sicker, and support measures in place.” In addition, Innis says, because the virus is delivered nasally, it will only cause an upper respiratory flu infection—which tends to be less severe than infections that move into the lungs and lower respiratory system. The virus can move into the lungs, but the immune system usually kicks in to prevent that from happening in healthy people.

The demographics of the participants allow challenge studies to be conducted ethically, but they also mean that they’re not conducted in populations that are most in need of the vaccines that are in development. “People at the highest risk are the very young, the elderly, and the immunocompromised—and we are not doing challenge studies with them,” Sherman says.

“The flu has been around for so long, and we have annual vaccines that people should get, but the overall efficacy is just so poor,” Sherman says. “We really need this.”