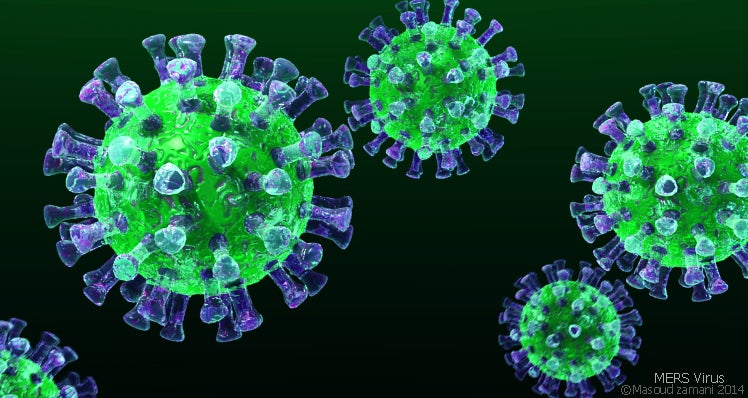 Middle East Respiratory Syndrome (MERS) is on the rise. Since it was first discovered in 2012 in Saudi Arabia, it has infected over 1,000 people, killing more than 30 in the most recent outbreak in South Korea. Because the disease is so new, researchers still have a lot of questions about how it works and there are no specific vaccines or treatments for it, in part because the animal models that researchers often use to answer some of the preliminary questions don’t work for this particular disease. Now researchers have found a workaround, according to a study published today in PNAS, which will hopefully help them find better treatments for MERS more quickly.

Even though they don’t look much like us, mice are pretty similar to humans in surprising ways—we can both get Alzheimer’s disease, cancer, and ALS, for example. But sometimes diseases affect our species differently, and MERS is just one of those diseases that doesn’t infect mice.

This fact, the study authors write, is what has been slowing down the investigative efforts into finding treatments for MERS. So researchers from Regeneron Pharmaceuticals used a piece of technology called VelociGene to engineer the virus so that it affects mice. After infecting a few mice to figure out which antibodies they made to ward off the disease, the researchers put the virus into another type of modeling technology called VelocImmune, a mouse model that spits out human antibodies when infected. When the researchers tested the resulting human antibodies on the original virus in the lab, they found them to be extremely effective. And, interestingly, when mice were given antibodies to fight the mouse equivalent of the virus one day before being infected, the antibodies prevented the virus from replicating—the researchers found less of the virus’ RNA in the mice’s lungs, indicating that their level of infection would be much less severe.

There are many other tests that need to be done before a treatment could reach the market, including testing on humans. But the researchers hope that, by identifying the antibodies to fight of MERS and by using VelocImmune to produce them very quickly, they can help the effort to thwart the growing MERS outbreak before it spreads further.

Correction (6/30/2015, 2:30 p.m. ET): The original story stated that these researchers were looking to develop a vaccine. In fact, they are looking to find a treatment for MERS and has been corrected. Our bad!