Another Reason To Get A Flu Shot

I woke up Christmas Eve with a mild cough. By nightfall, I was so congested I couldn’t breathe out of... 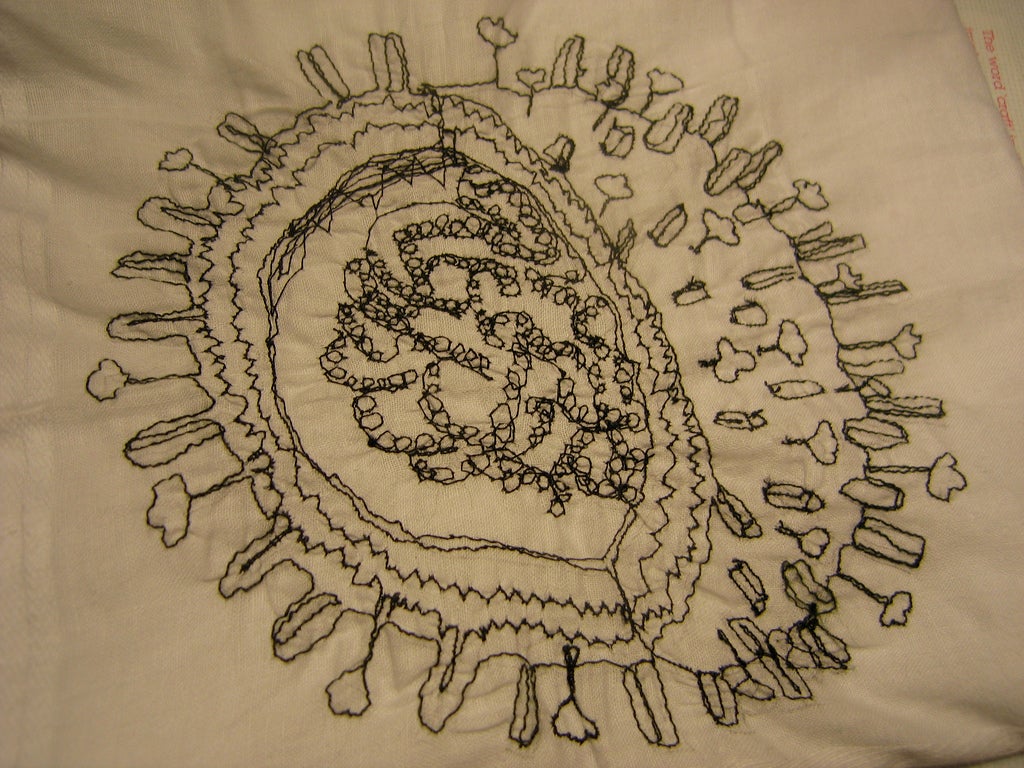 I woke up Christmas Eve with a mild cough. By nightfall, I was so congested I couldn’t breathe out of my nose and over the next few days I melted into a sneezing, tissue-consuming lump of sadness. It wasn’t until a full week later, however, that the real problems began.

I have asthma, which I was diagnosed with as a kid. In general, it doesn’t affect me too much. I keep it under control by taking a small daily dose of a steroid inhaler and I usually only need my “rescue” inhaler—the kind you see people suck on in the movies during an asthma attack—around once a year.

But people with asthma are susceptible to respiratory complications. Example: I got pneumonia five times before the age of two, likely stemming from some other infection. When I was twelve, I got pneumonia again after a really bad bout of allergies stirred up my asthma. That time, I had to be hospitalized for about a week. I mainly remember coughing a lot, having an IV inserted for the first time, and sleeping under a mist tent. It wasn’t fun. In fact, it was scary.

So what does this have to do with the virus I came down with over the holidays? Well, that illness triggered my asthma, and about a week after I got sick I developed shivery lungs and a hacking cough that kept me up several nights in a row. I upped my steroid inhaler to the maximum allowed dose, started taking my rescue inhaler every four hours, and eventually dragged myself to the urgent care clinic down the street. The doc diagnosed me with bronchitis and put me on prednisone and a cough suppressant. Even with that drug cocktail—and my inhalers—I continued to cough so hard for the next couple of days that I completely lost my voice and, I think, bruised a rib. Still, there was one bright point: the doctor said I didn’t have pneumonia.

All of this miserable coughing got me thinking about the respiratory complications faced by asthmatics like me, as well as by people with vulnerable immune systems because they are otherwise ill or because of their age. For us, it can be a much bigger deal to catch a cold or the flu than for the rest of the population.

Most viruses that are circulating this time of year can’t be helped. The best you can do to keep from spreading the common cold is to wash your hands often and not cough or sneeze on other people (see the Centers for Disease Control and Prevention for more tips). But there is opportunity to protect people from catching influenza, and that is by getting a flu vaccine.

A lot of people don’t get the flu shot because they think it is dangerous or that it doesn’t work. To avoid recreating a response to these fears, I recommend this series about the flu vaccine, this list of 25 debunked flu myths, and these reasons why you should vaccinate your children. Other people don’t get vaccinated because they figure they are healthy adults and that the flu isn’t that big of a deal (in fact, I saw a friend of a friend argue this point in a Facebook back-and-forth on flu vaccines just last week).

Maybe this will convince you: even if you think the flu won’t affect you, by getting a flu vaccine you are performing a public health service. Not everyone is able to get the vaccine, usually because of health reasons or because they are too young. For others, particularly older adults, the vaccine is not always effective.

As with any vaccine, if enough people are vaccinated they’ll provide what is called herd immunity, meaning the relevant illness can’t spread through the population. Those who can’t be vaccinated are still protected–you are helping prevent those of us who are susceptible to rib-crushing bronchitis or a dangerous case of pneumonia from getting sick.

I have no idea if I had the flu over Christmas. I suspect I did not, partly because I got a flu shot back in October. But it’s hard to tell. Some of my symptoms were in line with the flu, and although the vaccine can be very effective, that isn’t always the case. Each year, the Food and Drug Administration recommends the flu strains that the vaccine should target based on the best estimate of what will circulate the upcoming flu season. But the FDA isn’t always right, and it’s too early to tell this year whether the vaccine hit its mark (the CDC will put out a preliminary report on this year’s vaccine effectiveness in mid-February).

I may not know the precise cause of my illness, but I do know that respiratory complications suck. They can also be dangerous. If you don’t wish a similar pain on weak-lunged folks, you should get your flu shot. It’s not too late, and it might not only save you from getting sick—it might help protect other people, too.