And it works incredibly well 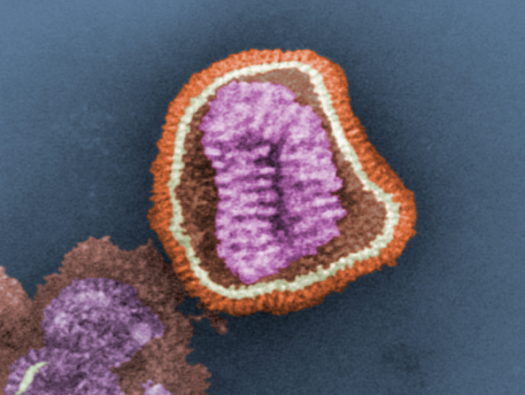 Dying from the flu can be a lot like drowning. As it progresses, the influenza virus affects the cellular barrier between the circulatory and respiratory systems, allowing other bodily fluids to leak into the lungs and causing them to fail. In the past, flu-fighting drugs have targeted the virus itself. But a new drug called Vasculotide reinforces the cellular barrier in the lungs, giving the body more time to rid itself of the virus. A study about the new drug was published recently in Scientific Reports.

Flu shots contain cells of the flu strain that researchers anticipate to be the one going around that year. When they’re right, vaccines work pretty well, provided that enough people get them well before they contract the virus. But if researchers are wrong, the vaccines could lead to viral resistance, maybe even resulting in a more virulent strain that could have devastating effects on the population. Since Vasculotide just treats the flu’s most life-threatening symptom, it doesn’t increase viral resistance.

Plus, Vasculotide works, at least in initial studies done in mice. The researchers infected two species of mice with lethal doses of three strains of the flu. After 48-72 hours, they weren’t looking so good—their body weight declined and they showed signs of hypothermia, all typical for having the flu—the researchers gave them Vasculotide. And it worked: 70 percent of the mice that received the drug after 72 hours survived.

Vasculotide is inexpensive to produce and is chemically stable, the researchers note. But a big part of the drug’s draw, as Michael Byrne notes in a piece for Motherboard, is that it doesn’t affect or “boost” the immune system. It merely buys the body some time to rid itself of the flu. And that could make all the difference.