Turning six injections into one 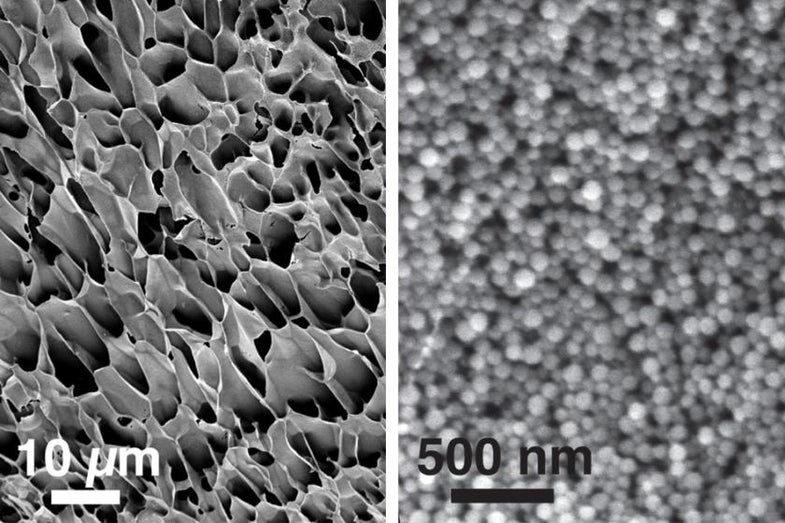 To treat certain types of medical conditions, such as some forms of vision loss or cancer, patients have to receive drugs through periodic injections. These doctor visits can be time-consuming—sometimes happening once per week—and demoralizing, and the drugs affect the whole body instead of the place where they’re most needed, decreasing their efficacy.

To solve these problems, chemical engineers have been developing different types of hydrogels, squishy 3D substances made of water and chains of synthetic molecules that can release medication slowly over time to a specific part of the body. The problem is that the gels need to be inside the body to release the drugs, and most can tear easily so they have to be delicately placed in the body through surgery.

Now, researchers at MIT have developed a new kind of hydrogel that can be injected through a syringe, so implanting a hydrogel would no longer require surgical insertion. Once inside the body, the gel can reassemble in a matter of seconds and start releasing medication little by little.

This gel works differently than others because of what it’s made of and how it’s structured, according to Eric Appel, a post-doctoral fellow at MIT and one of the authors of the study. The researchers used a “kind of molecular velcro” between the different components of the gel, Appel said, and even if hydrogel is torn apart as it’s squeezed through a syringe, that bond is what pulls the pieces back together. Most other gels don’t have this quality, which is why they have to be surgically implanted. And, unlike other gels, the biodegradable polymers (chains of molecules) that make up the gel are inexpensive and easy to make in large quantities.

When the researchers tested their gel in mice, they found that not only did the medication seep out of the gel slowly, but the drugs were also more effective because they were administered directly in the spot that needed to be treated. The researchers hope to conduct future tests in humans, and if those go well, the gel could drastically reduce the number of injections needed to treat some types of medical conditions. “Instead of having to take repeated injections, for example once a week for certain diseases, one might be able to have an injection of the gel only once every three months,” Appel said.