They could someday help millions get their voices back 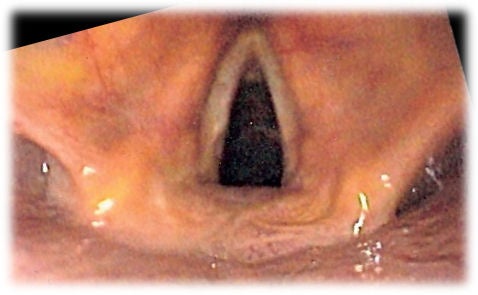 Like many things in life, you probably don’t think much about your voice until it’s gone. And though most people have had temporary bouts of voicelessness after a particularly nasty upper respiratory infection, some people lose their voices permanently when their vocal cords have to be removed due to cancer surgery or another type of injury. Now researchers might have taken the first step to being able to help millions of patients regain their voices—for the first time, they have grown and tested functional vocal cord tissue in the lab, according to a study published today in Science Translational Medicine.

Vocal fold mucosa, the bits of tissue commonly called vocal cords, has unique physical and biological properties. They need to be able to stretch and bend as air moves through them to create vibrations that we know as the voice, but they also can’t rip as they bang together constantly, and the body isn’t able to repair the tissues if they are profoundly scarred or damaged. Doctors can treat minor issues by injecting biomaterials like collagen into the tissue, but these treatments are only temporary and aren’t suitable for people who have more extensive damage.

To grow bioengineered mucosa, the researchers started with vocal fold cells harvested from several patients (and one cadaver) who had their larynxes removed. The researchers placed these cells in a special growing solution to make them grow, along with a 3D scaffold like those used to grow the tissue used for skin grafts. After 14 days, the structure and proteins synthetic tissue looked real human tissue, complete with structural proteins not found when the mucosa cells were cultured on their own. See real human vocal cords below for an example of how the synthetic ones worked:

The researchers wanted to test the tissue’s mechanical strength, so after growing one that was the size of a human mucosa (just over half an inch long and 0.04 inches thick), they made a larynx in the lab.

Using the larynx of a dog cadaver (dogs are often used to test vocal fold tissue in the lab, the researchers explained in a press conference), they blew warm air through it to hear the sound it made. The tissue made a robotic, kazoo-like sound, which is how your vocal cords would sound without the modulation from your throat, nose, and mouth.

The researchers also tested the immune response to the tissue by putting small samples of it in a humanized mouse model—mice engineered with immune systems designed to resemble humans—for up to 21 days. They found that the tissue didn’t trigger an immune rejection response, suggesting to the researchers that human patients receiving similar transplants might not even have to take immunosuppressant drugs, which are standard for organ transplants.

Lots more needs to be done before the researchers can test engineered mucosa tissues on humans. They plan to observe the immune systems’ response for a longer period of time, and would want to surgically place the tissue in an animal model to test its efficacy—mice are too small for this kind of procedure, so they would need to find a larger animal such as a dog.

They also need to figure out how to best attach the tissue to the larynx. If it becomes detached, the flap of tissue can block air from coming into the lungs. Finally, they need to determine how to make synthetic tissues available for human use—a difficult challenge because the vocal fold cells needed to grow the tissues aren’t readily available.

In spite of these many challenges, the researchers are confident that this first study is a great first step to bringing vocal fold tissue repair to the millions of people in need. “We believe this tissue is a promising therapeutic candidate that has the potential to restore vocal function to patients that have lost their voice,” said Matthew Brown, one of the study authors, in a press conference. Check out video of a real set of human vocal cords (not the synthetic ones) in action below: