Hunting For The Next Flu Pandemic: A Curly Tale 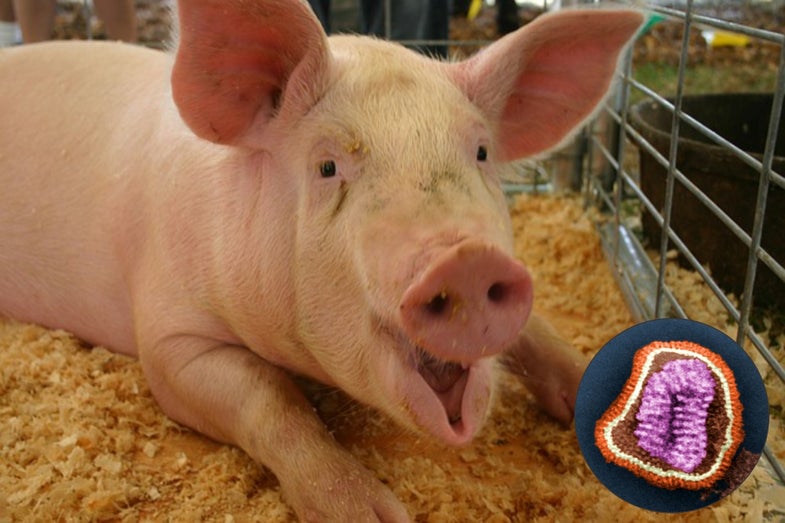 Despite being on the ready for an influenza pandemic for decades, when it arrived in 2009, the world seemed unprepared. Looking back, several gaps in various aspects of public health were found. The range of recommendations for the future included better communication, real-time monitoring of flu outbreaks, and vaccine prognostication.

One of the largest concerns in the post-pandemic review had little to do with humans. It dealt with the source of the virus, the swine population. The reason stems from the fact swine can act as a host not just for viruses affecting humans, but also those affecting birds. This particular trait of the porcine respiratory tract has been suggested as being a key environment in which the pandemic strain evolved.

The relative risk behind swine-based human infections has continually been regarded as high for decades and calls for surveillance have been made throughout the years. After the pandemic, the calls for monitoring flu viruses in the pig population became louder. Some studies have looked at swine in various regions such as Europe and China. The results have all suggested both known strains, including the one that caused the pandemic, are circulating and may eventually end up back in the human population. But few studies have focused on where the 2009 pandemic began – Mexico – as well as parts of South America.

That information is now at hand. Over the last few weeks, an American team of researchers have revealed their findings from large scale surveillance of Brazil as well as Mexico and Chile. Based on the results, the need for more surveillance becomes apparent although thankfully, the risk for an immediate killer pandemic appears to be low.

In both studies, the group looked at viruses some nasal swabs and determined the strain using genetic techniques. The viruses were then compared with one another to determine how they evolved. There was also an attempt to determine any risk for a future pandemic.

As expected, the data revealed several influenza strains known to circulate in humans. This underscored the effect of circulation within the swine community from people as the only means of introduction into the swine population would have been humans. This trait alone could offer up the possibility for evolution of the virus into newer seasonal strains. The team also found the pandemic strain but there had been little to no sign it was ready to make a comeback.

On a good note, no avian-like strains were found in any of the countries. This suggested the potential for a pandemic was low although as with any surveillance action, could not be ruled out. After all, the avian component of the 2009 pandemic had not been detected for forty some years. The result meant at the moment there was no sign of a possible pandemic but without a full surveillance effort, it could not be entirely ruled out.

Overall, the results of these studies impart the need for a viable surveillance system focusing on the two major types of influenza. The first is human-origin, meaning any strain with the immediate ability to cause infection in humans. By understanding this evolution, we can gain insight into future seasonal strains and possibly develop vaccines long before they begin to spread.

The second is avian-origin, which is the basis for pandemics. While the results here suggest this particular need may not be as dire as originally anticipated, there is good reason to continue larger surveillance studies if only to find that needle in a haystack. After all, if we are able to find a pandemic strain before it infects humans, not only will this help preserve human health, it may also ensure we never have to fear again.