You can get the flu twice in one year

And you’re more likely to this season. 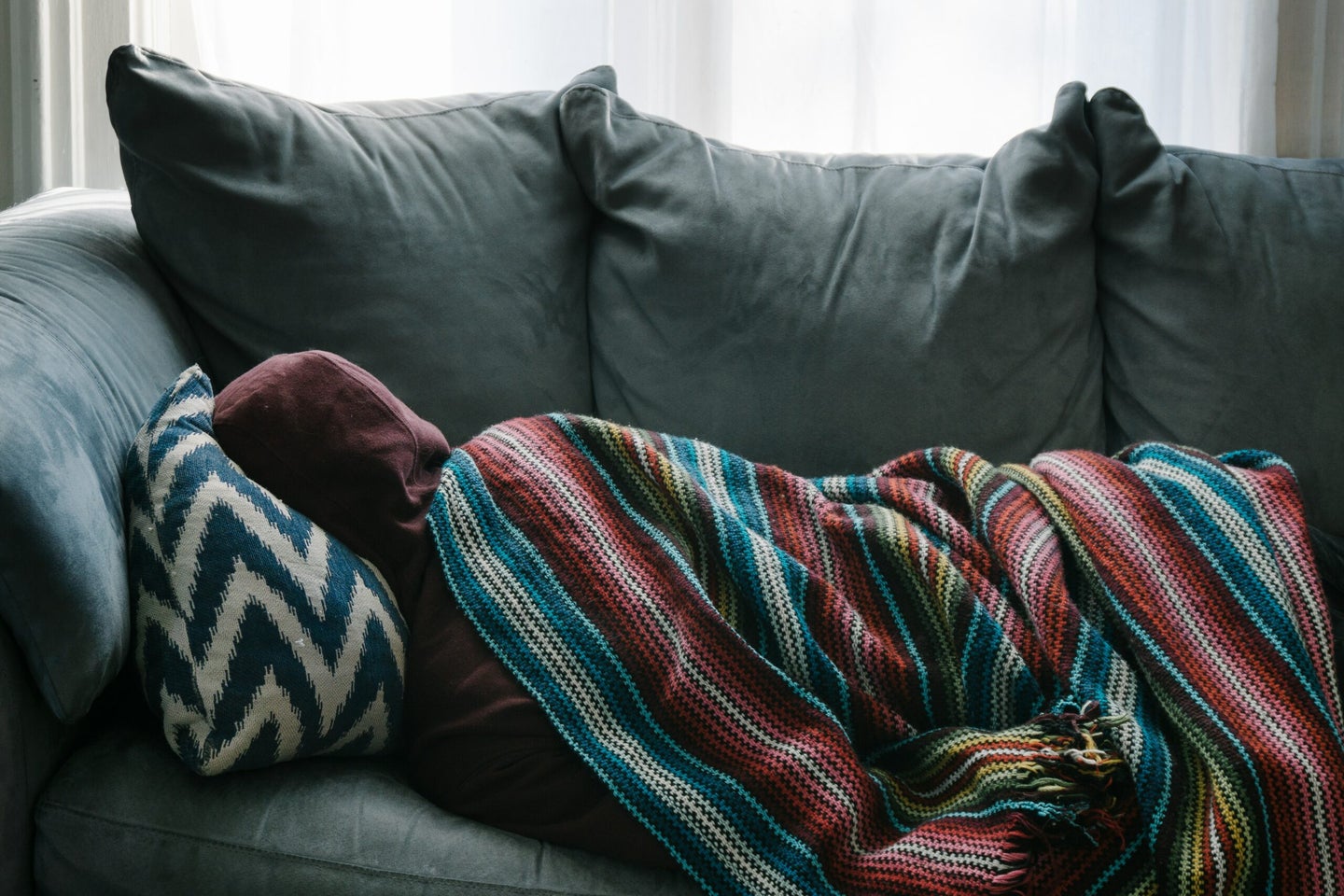 You could be stuck on the couch twice this year due to the flu. Rex Pickar
SHARE

Each fall, as the sound of sneezes and coughs begin to fill the air, people across the northern hemisphere steel themselves for months of dousing their hands with sanitizer, spiking their water with vitamin mixes, and shrinking away from sniffling colleagues in the hopes of avoiding the flu. An all too familiar foe—the influenza virus—infects millions every year, bestowing upon them the gifts of chills, cough, body aches, and freely flowing mucus. For a lucky subset, bonus gifts include fever, vomiting, and diarrhea.

The one consolation to infection, many tell themselves, is that at least they won’t have to worry about it for the rest of the season, right? Well, actually, no. While rare, it’s totally possible to suffer the misery of two bouts of flu in one season. And, sadly, this year—which is shaping up to be a so-called double-barreled flu season—it might be more likely than usual.

Wait — you can get the flu twice?

You’re probably at least vaguely aware that there are different strains of the flu. The four main types are influenzas A, B, C and D, and there are subsets within those categories.

Because there’s more than one kind of flu, it’s always possible to get the flu twice (in fact, it’s possible to be infected with two flu viruses at the same time)—it’s just very rare. That’s because one flu type, almost always an A strain, typically dominates any given flu season, with a second, usually a B, simmering along in the background and leading to smaller clusters of illnesses. To get both you’d have to be in the wrong place at the wrong time twice with the right combination of factors to make you fall ill. While the flu sweeps the nation each year, only about 20% of the U.S. population actually gets infected.

“You have to have really bad luck to be exposed to both viruses at a point such that you’re susceptible and you get sick twice,” says William Schaffner, a preventive medicine and infectious disease researcher at the Vanderbilt University School of Medicine.

So what’s a double-barreled flu season?

This year things could be a bit different. While most seasons see an influenza A strain burst on the scene early, with a B strain coming in late and causing far fewer cases, this season is not proceeding according to the textbooks.

Experts have been surprised to see an influenza B strain (B/Victoria, specifically) stealing the show, says Schaffner. It came on early and it’s hitting hard. More than 15 million people have already gotten sick, with B/Victoria being the main culprit.

B/Victoria seems to have hit its peak and numbers are dropping. But now influenza A (H1N1) has made a late entrance and no one knows what it’s going to do, says Karen Martin, the senior epidemiologist at the Minnesota Department of Health. It seems likely, though, that it will also cause a large spike in cases (as it typically does) and we’ll have a double-barreled season where two strains, not one, are dominant.

That could mean an extended flu season with a higher likelihood of getting hit twice, though no one can say for sure.

Should we be worried?

Not particularly. While this season has surprised experts, it’s not the first time we’ve seen two dominant strains, and no two flu seasons are ever alike.

“One could argue that all seasons are unexpected in some way,” says Martin.

Still, health officials encourage people to take flu seriously every year. Our familiarity with the illness can fool us into thinking it’s harmless, when it can actually be quite deadly. The Centers for Disease Control and Prevention estimates that 8,200 people have already died from the flu this year. Last year saw more than 61,000 flu deaths over the entire season. Children under five, adults over 65, and people with suppressed immune systems are at particularly high risk for serious complications from flu.

It is notable that this year’s B strain has hit children especially hard, though it seems to be less severe for the elderly. Martin recommends that schools and teachers should be aware of this and make an extra push to encourage vaccination, hand washing, and staying home when kids are sick.

As with any year, public health officials are closely monitoring the progression of the season for any particularly unusual concerns.

Can the flu vaccine still protect me?

Each year flu vaccines are designed to target the four strains of influenza experts think are most likely to dominate. No one can say until the end of the season how good of a match the vaccine was, but being vaccinated will likely attenuate your symptoms even if you do catch it.

If you haven’t yet gotten the shot, it’s not too late, says Ruth Lynfield, the state epidemiologist for Minnesota. If we do see a long season, stretching into spring, it could be particularly advantageous to get it now if you’ve haven’t already.

For people who are already sick and seem to be having severe symptoms, antivirals can also help, says Lynfield, though she encourages anyone seeking antivirals to call their doctor first in order to avoid lingering in waiting rooms where others can catch your infection.

Here’s hoping that with a little luck and effort we can get out of flu season relatively unscathed.