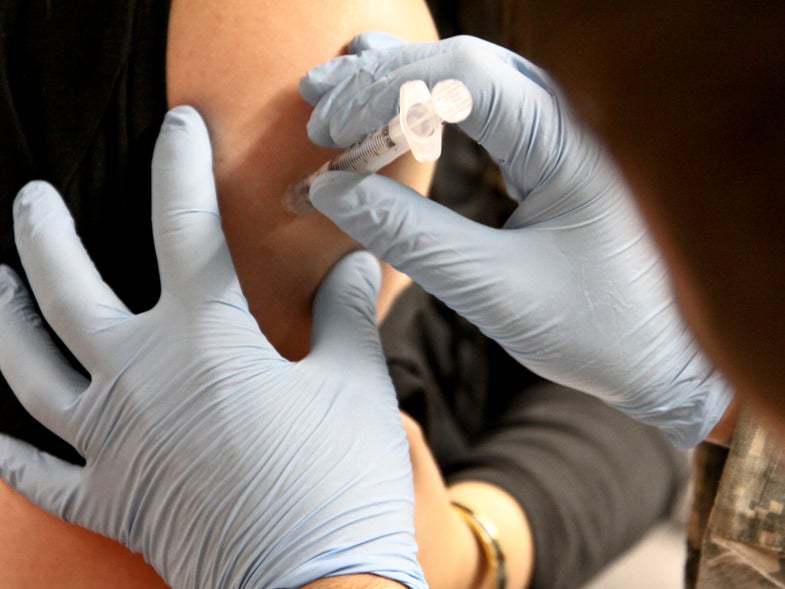 To get over the flu, all it might take is a little extra brain protein and a lot more sleep.

Researchers at Washington State University at Spokane have been trying to come up with another way to treat influenza beyond yearly vaccinations. James Krueger, a professor of physiology at WSU, says they were interested in seeing if sleep could improve recovery from illness.

“Grandmothers, and most people, give the advice, ‘Sleep will do you good, you’ll recover,’ but there’s not much scientific research,” Krueger tells Popular Science. In a new study, Krueger was able to back up his grandmother’s advice. The team looked to a protein found only in the brain and in neurons called AcPb and an accessory protein called interleukin 1 — proteins that Krueger has been studying for a number of years. Interleukin 1 regulates sleep in healthy mammals, and Krueger found that when the AcPb protein in a sick animal interacts with the interleukin 1, it sends a signal to the immune system. This signal tells the body to sleep longer, so it can better recover from the virus.

Krueger says he would like get virologists involved in his research, potentially to create an intranasal spray that utilizes the AcPb protein. However, further testing needs to be done to determine whether introducing more AcPb protein to the brain truly can help the body sleep and recover better during an illness. But Krueger is hopeful he’s on the right track by using the brain to treat viruses such as the flu. “From the infectious disease point of view, why would a lung disease be so affected by a brain protein?” he says. “This offers new approaches to approaching influenza.”

The results of the study were published in the November 2014 issue of Brain, Behavior, and Immunity.