We know shockingly little about the effects of drinking during pregnancy

Even obstetricians are deeply divided. 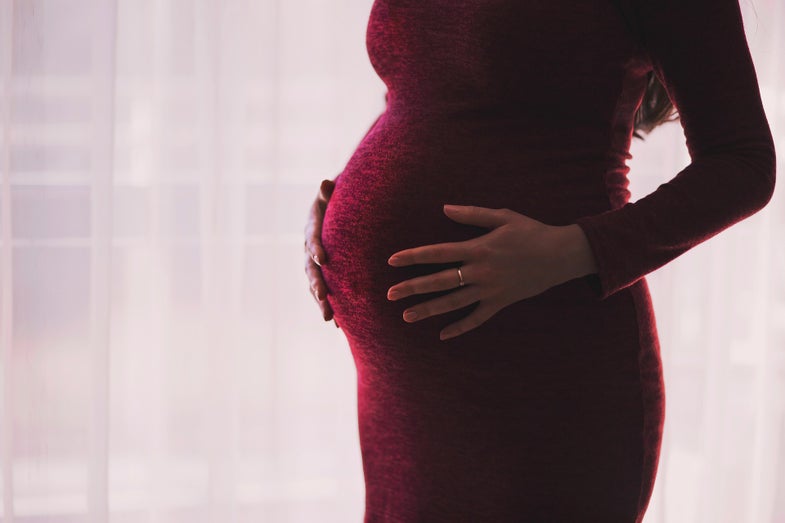 Getting pregnant comes with a lot of potentially upsetting biological changes, but it also brings on a sudden deluge of unsolicited advice.

Is folic acid your primary concern, or should you take a specially formulated multivitamin? How much exercise is enough, and how much is dangerous? Is the occasionally beer okay, or will a single drop of alcohol cause permanent developmental damage to your fetus? Expecting parents are bound to hear endless variations. Plenty of these sanctimonious comments come from other parents, who are probably just basing their opinions on what they once heard from others. But obstetricians are supposed to give informed advice—you know, based on actual evidence. And when it comes to alcohol consumption, there simply isn’t enough evidence for them to draw from.

A new study in the British Medical Journal shows that there’s hardly any data to support either side in the alcohol-during-pregnancy debate. The analysis looked at 26 different studies, each measuring their own set of outcomes (how the fetus fared on different benchmarks) in different ways, to see what the data showed. This process is called a meta-analysis, and in the world of science it’s one of the highest and most objective forms of evidence. There was just one problem: most of the outcomes couldn’t actually be meta-analyzed, because there was so little quality data.

The researchers were only able to truly analyze the evidence for three factors: birth weight, preterm birth rate (how often babies were born prematurely), and being small for the gestational age. The analysis for birth weight showed that alcohol consumption had no effect. There seemed to be a slightly increased risk for the other two outcomes, but neither was large enough to be considered particularly statistically significant. In other words, the effect wasn’t profound enough for researchers to be certain that alcohol was truly to blame.

Part of the problem here is that it’s difficult to study alcohol’s effect on fetuses, because it would be unethical to give it to pregnant subjects as part of a clinical trial. We know that excessive drinking is toxic to a fetus, but we don’t know where the line is. So any experiment where pregnant people were asked to drink would be a massive breach of ethics. But that doesn’t mean we can’t study it at all. Some people do drink while pregnant, especially outside of the United States. If we could follow enough of those parents and compare their babies to those of people who didn’t drink at all, we could start to get a sense of how dangerous a few drinks might be. You would certainly have trouble getting people to accurately report how much they drink, especially in countries where it’s taboo, but an abundance of potentially flawed data would still be better than the relative absence we have now. Meta-analyses like the one described above can help pinpoint the truth from a mess of conflicting, imperfect studies.

Despite the total lack of conclusive evidence for either side of this debate, 66 percent of obstetricians tell their patients that there is no safe amount of alcohol to consume during pregnancy. But around half of all obstetricians—including some of that 66 percent—think that there’s no clear scientific consensus on the subject. And that’s a problem.

You should still probably play it safe

Look, no one is going to fault you for being cautious. If you’d rather not risk it and avoid all alcohol while pregnant, go for it. Even the authors of this study acknowledge that it’s the safest option.

But avoiding alcohol would be the safest option for all of us, all the time. People get in car crashes and kill innocent bystanders while drunk. They get in fights. We’re constantly putting other people at risk when we drink, not to mention ourselves, with only moderate alcohol intake. Even if there are some protective upsides to light drinking, the costs definitely outweigh them. Drinking alcohol is not a healthy habit.

And yet we don’t insist that everyone stop drinking. We know that most people will keep doing it, so just like every other human vice, we study how alcohol affects the body and try to figure out a safe limit. Why would we not do the same for pregnant people?

Of course abstention is the safest option. That’s just not the question expectant parents are asking. It’s not unreasonable to want one drink while you’re out with friends, especially given how much time people can spend trying to get pregnant. It takes most couples several months to conceive, longer if they’re older, and plenty of them will spend a full year trying. That’s potentially 12 months that we’re insisting you shouldn’t imbibe a single drop of alcohol, plus the full nine months of pregnancy, and then (often) many more months of breastfeeding.

We shouldn’t pretend that this is an easy path in our alcohol-centric society. We’re asking future parents to sacrifice something—we should at least have a reason, and fully understand the potential risks of disobeying this guideline.

Nearly half of the 6.1 million pregnancies in the U.S. every year are unplanned. So while we can advise those who intend to get pregnant to stop drinking in advance, that’s of little help to the 2.8 million people who find themselves in the family way unexpectedly.

If they’re like most Americans of reproductive age, most of them were probably drinking—at least occasionally—right up until the words “you’re pregnant” came out of their doctor’s mouth. And the ones who chose to continue their pregnancies probably worried that these indulgences might have harmed their baby. What can someone expect if they continued their glass-of-wine-with-dinner habit until finding out they were six weeks pregnant? Doctors should be able to tell them one way or another.

At this point, the evidence could go either way. It’s possible that doctors have been telling pregnant patients that full abstention is the only acceptable path for years, when in fact, they could have enjoyed one cocktail at their office holiday party. And conversely, maybe the 80 percent of people in the UK, Ireland, Australia, and New Zealand who drink moderately during pregnancy are actually harming their fetus.

The fact that we have no real idea is unacceptable. Most women will be pregnant at least once in their lives, many of them multiple times, yet somehow we don’t seem to think it’s important to study pregnancy. Then again, the historic research on birth control is also sorely lacking. So prenatal care isn’t the only stage of reproductive health that could use an overhaul.