The flu season isn’t over yet, but the FDA is already working on next year’s vaccine

Preparations for the 2018-19 season have to begin now. 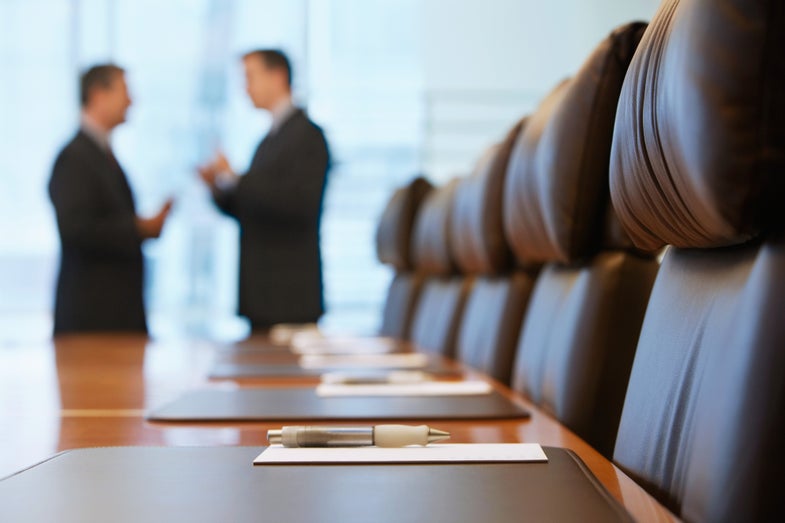 We’re past the peak of flu season—though we’ve still got weeks to go before it’s totally over—but the Food & Drug Administration is already meeting to decide what will go in next year’s vaccine.

This may feel early to you, but it’s actually the normal time of year to make the call. It will take months for pharmaceutical companies to create and distribute vaccines across the U.S., so the FDA has to get things rolling now if they want folks vaccinated in the fall. The only difference is that this year, we’re facing the growing realization that we need a better flu shot.

It is, admittedly, difficult to predict which flu strains will predominate months in advance, but we’ve actually gotten quite good at it. Even though this year’s vaccine was only 36 percent effective overall, the problem was not with the prediction. FDA Commissioner Scott Gottlieb wrote in a statement on Monday that “we don’t think it was a question of getting the particular H3N2 strain wrong when we set out to produce this year’s flu season.” Their data actually suggest that “this year’s vaccines do reasonably match the circulating flu strains that are causing most of the illnesses.” The problem, he wrote, is in how we make the vaccines.

H3N2 causes by far the most severe illnesses of all the flu strains. It’s also the most challenging one to target with a vaccine. We have some inkling of why that might be. The main theory is that H3N2 acquires a lot of mutations when it’s grown in eggs, which is how we produce nearly all of the flu vaccines in the U.S. Those mutations make the resulting vaccine ineffective, because your body learns how to recognize the mutated H3N2 virus, not the one that’s actually circulating. There is another way to grow viruses for vaccines—in animal cells—that results in fewer mutations. These cell-based vaccines are a recent invention, and because the pharmaceutical industry is already set up to make flu shots using eggs, there aren’t nearly as many cell-based shots made each year. They haven’t historically been as popular, though it’s also only recently that we realized they might be better than the egg-based version.

Gottlieb says the preliminary data indicate this year’s animal-based vaccine was a bit more effective than its egg-based counterpart. But the FDA is still working on figuring out why. It could just be because of the mutation issue, but there might be other influences that we’re not aware of yet.

The FDA thinks vaccine dose might also be a factor in the fight against H3N2. Perhaps our bodies need to be exposed to more H3N2 virus than other strains. If that’s true, then the vaccines with higher dosages should have worked better this year. Gottlieb says the FDA is going to look at exactly that question using the Medicare and Medicaid databases.

Of course, by the time the FDA goes through all that data and calculates exactly how effective this year’s vaccine is, it’ll be too late for most of those findings to inform how we pick next year’s. The World Health Organization has already made their recommendation for the Northern Hemisphere. On Thursday, the FDA will decide whether to take that recommendation. But that just means we need to keep thinking longterm. We’re not going to reinvent the flu vaccine overnight, or in a year, or probably even in two. But the only way we’ll beat influenza for good is to keep trying and keep failing, so that eventually we succeed.