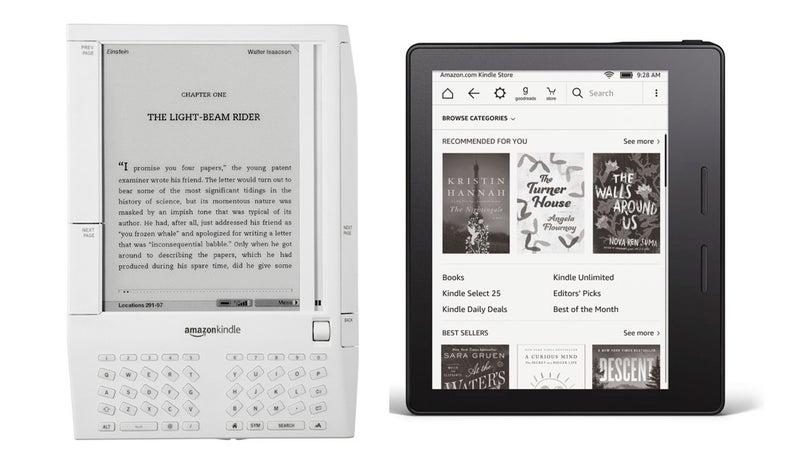 In 2007, Amazon released the first Kindle upon the world. For many, the Kindle was a welcomed gadget that allowed them to condense their unwieldy book collection into a single device with an ‘E-ink’ display that didn’t murder your eyes during a long bout with fiction. This first generation model wasn’t the prettiest gadget ever created, but it did what it set out to do: make reading easier.

A decade later, the Kindle Fire has become a pretty big competitor to the iPad, especially for people that are just interested in reading on their tablets while the regular Kindles own the e-reader market. However, it didn’t happen overnight. So, with the new Kindle Oasis on the way, let’s take a look back at how America’s favorite e-reader evolved to become the literary juggernaut it is today. 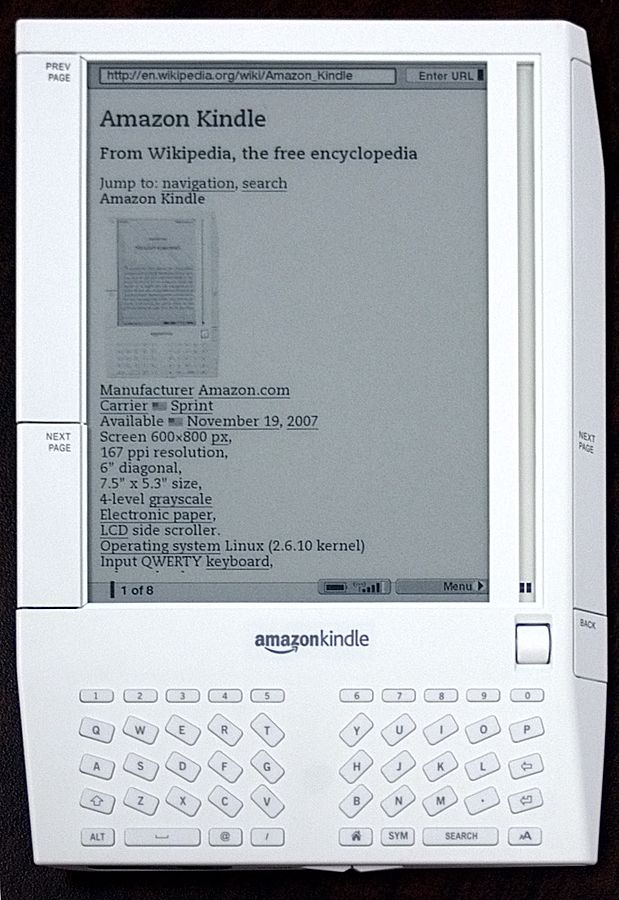 Released on November 19, 2007, the very first Kindle had a squat, bulky white body with a full keyboard, and an E-ink display. Though it now looks rather dated compared to the sleeker, black models of today, the original Kindle is responsible for introducing the masses to ebooks. 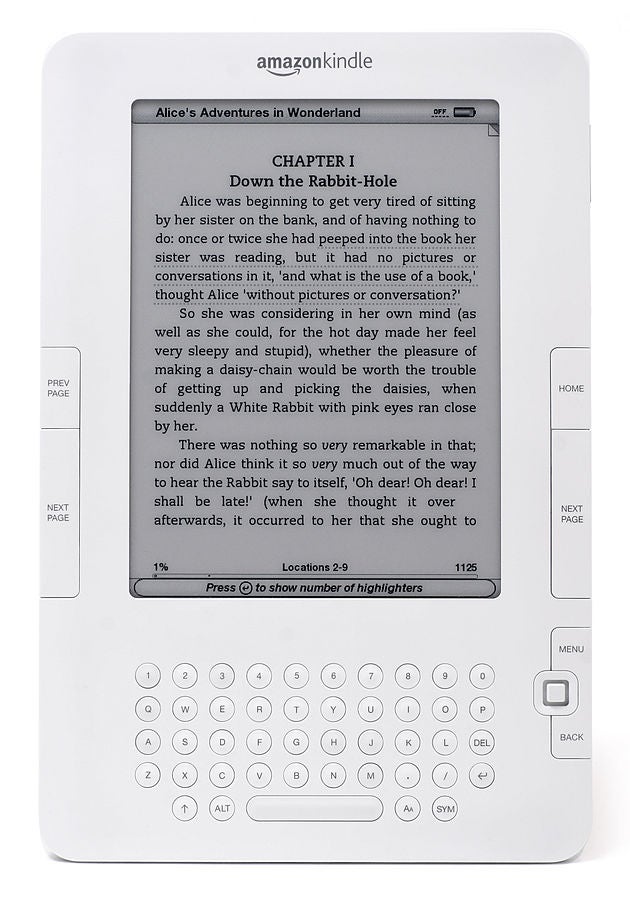 Two years after the original release, on February 23, 2009, Amazon came out with the Kindle 2, which added more storage and a better, more user-friendly design. However, the company was still all about the white body, something they would soon abandon for black. The good news was that they ditched the pointy shell for a rounded one. 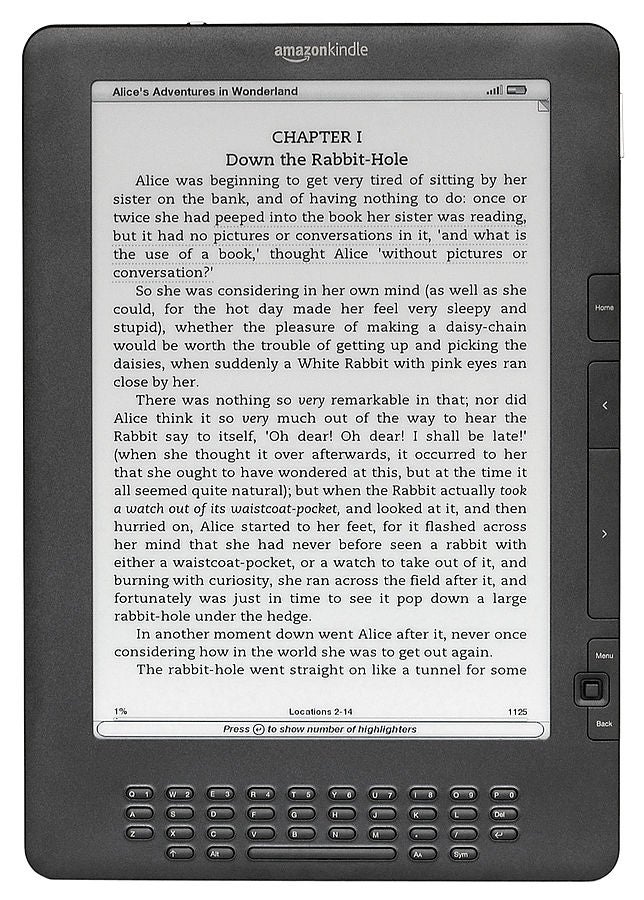 The original Kindle DX was released in 2009. It was basically a bigger version of the Kindle 2 with the ability to support PDFs and turn sideways. In 2010, the second generation DX was released (pictured above) that had a graphite body, which, besides boasting an aesthetically pleasing change, allowed people tob better see the words on their digital pages. 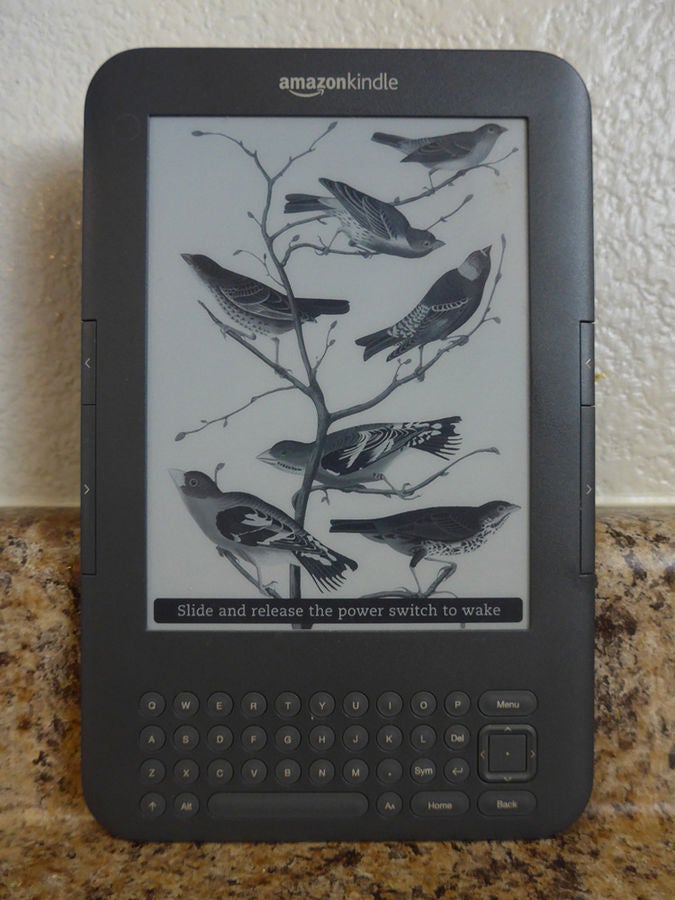 Also referred to as the Kindle 3, the Kindle keyboard was launched in August 2010. The new model had a better keyboard layout than previous iterations of the device. This is the last time Amazon released a gadget with so many buttons on it, which would soon allow for more screen space. 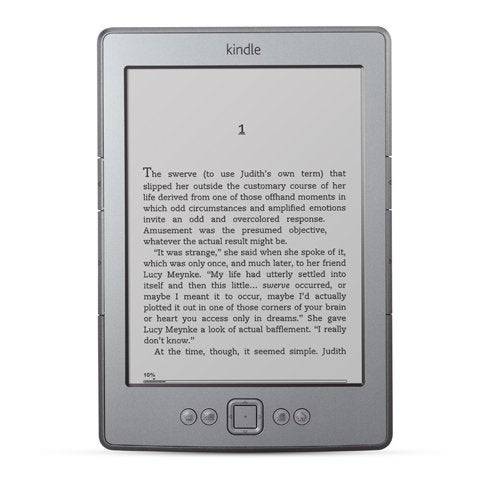 The Kindle 4 was released on September 28, 2011. The most notable thing about the 4 was it lack of physical buttons, which signified a shift to more touch screen capability. It weighed a bit less than previous models and could last about a month on one charge. 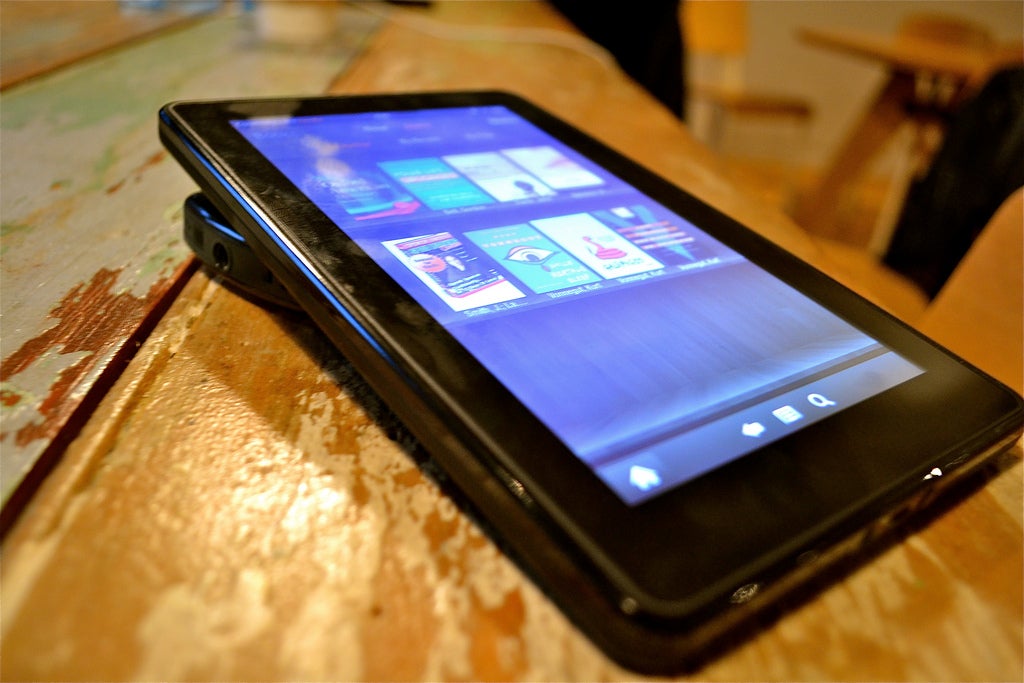 To compete with all other tablets back in 2011, Amazon released the Fire on November 15. Instead of their traditional E-ink readers, the Fire was a step towards a full-blown tablet with all of the bells and whistles that were common back then. Though continues to attract those who don’t want an iPad, the Fire isn’t a true reader like the rest of the Kindle series despite the fact that the two share a name. Currently, the Fire series is on its 5th generation. 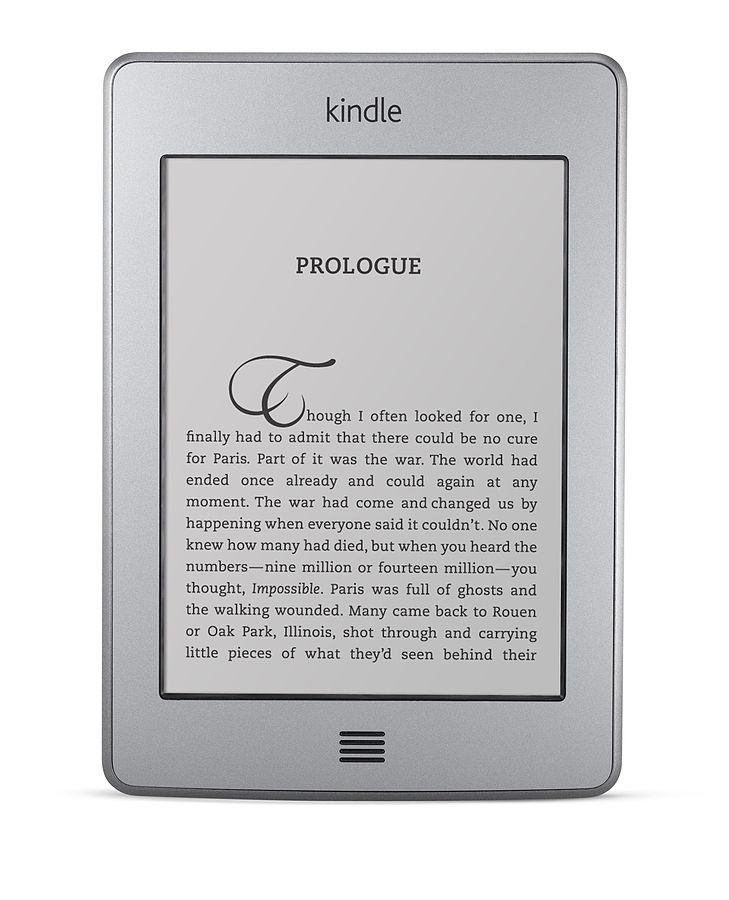 Also released on November 15, 2011, the Touch offered the buttonless functionality of the Fire without the bright screen. It also had a bunch of wifi functions that Amazon was steadily getting better at creating. Basically, the releases in November 2011 offered two different, yet similar, directions for Amazon customers to take: the e-reader route or the tablet route. 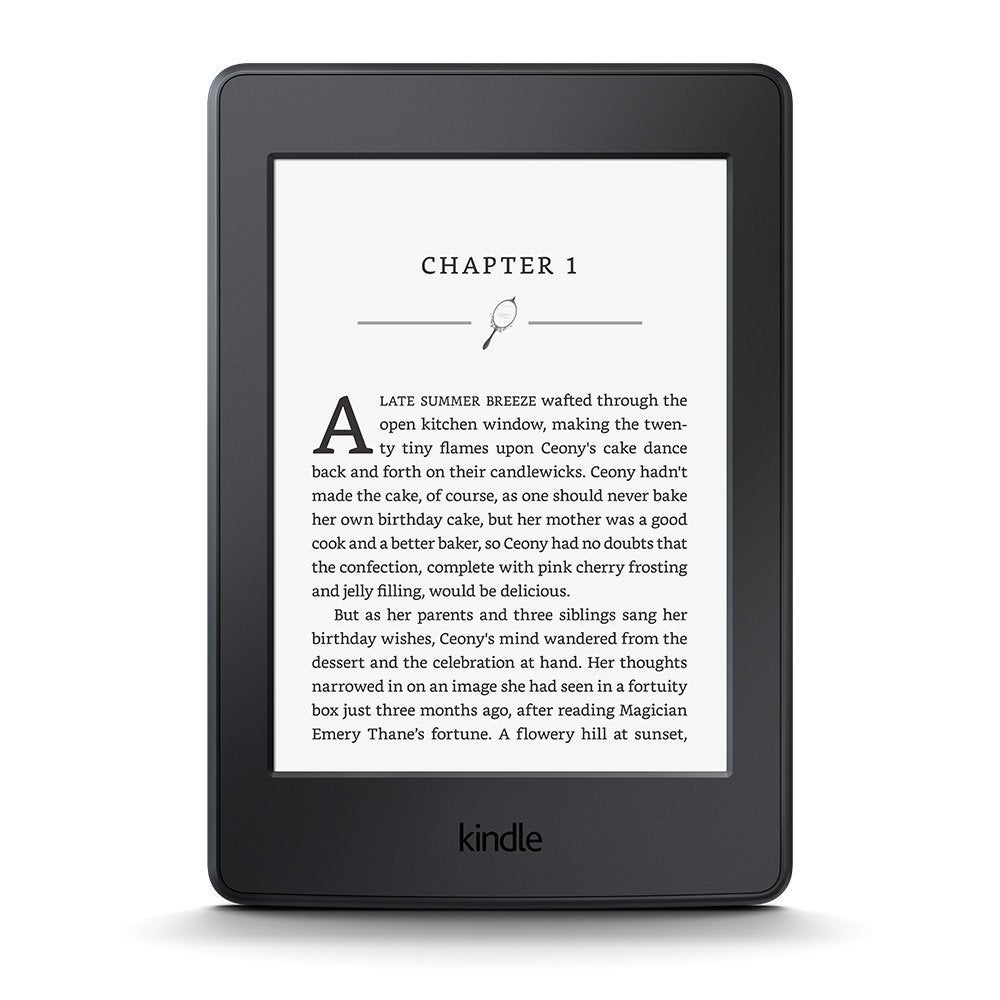 Between 2012 and 2015, Amazon released three different generations of the Kindle Paperwhite (3rd generation pictured above), which added a backlight to the normal Kindle. This addition made reading in dim lighting a lot easier. Before the Paperwhite series, reading a Kindle in the dark or direct sunlight was a lot like playing an original Gameboy in the same conditions – everything sort of blurred together. 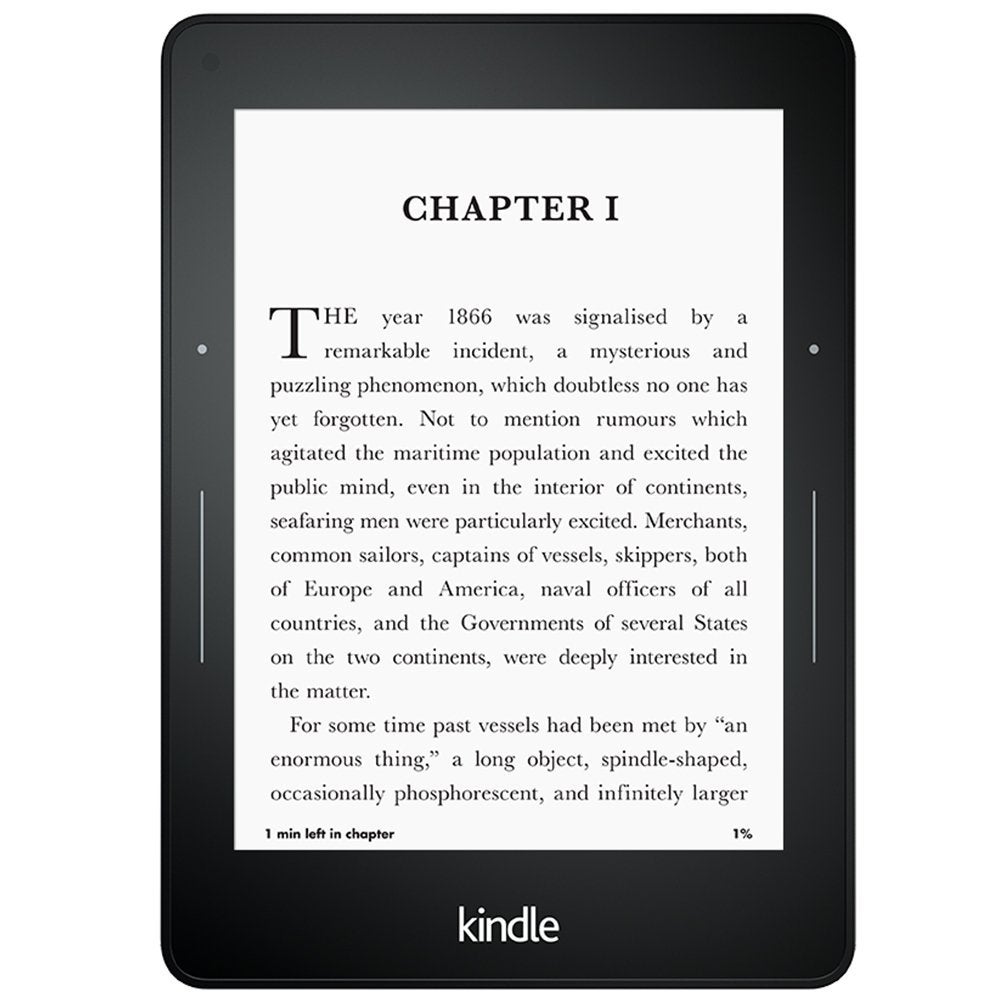 The Kindle Voyager was released on October 21, 2014. With a better contract ratio, the biggest addition added in the release was a backlight that automatically adjusted based on the person’s surroundings. 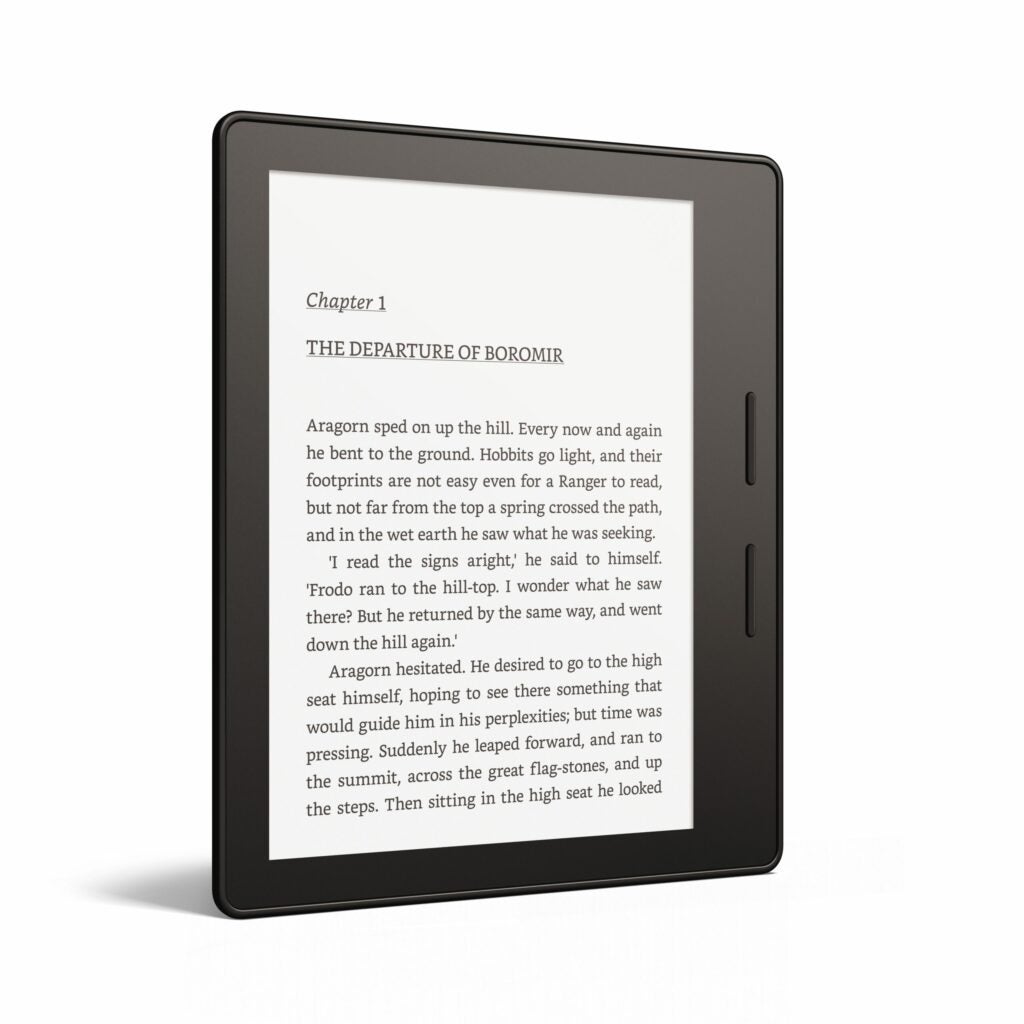 The new Kindle Oasis, which starts at $289, is the latest and greatest Kindle. It’s lopsided, ultra-thin design makes it ideal for users who like to read one-handed, which is also helped with buttons on the right hand side of the device. Time will tell how well the new design is received, especially given the relatively expensive starting price.
Tablets
amazon