We’re all more or less used to navigating with touch — the iPhone a recent landslide of multitouch-enabled laptops have... 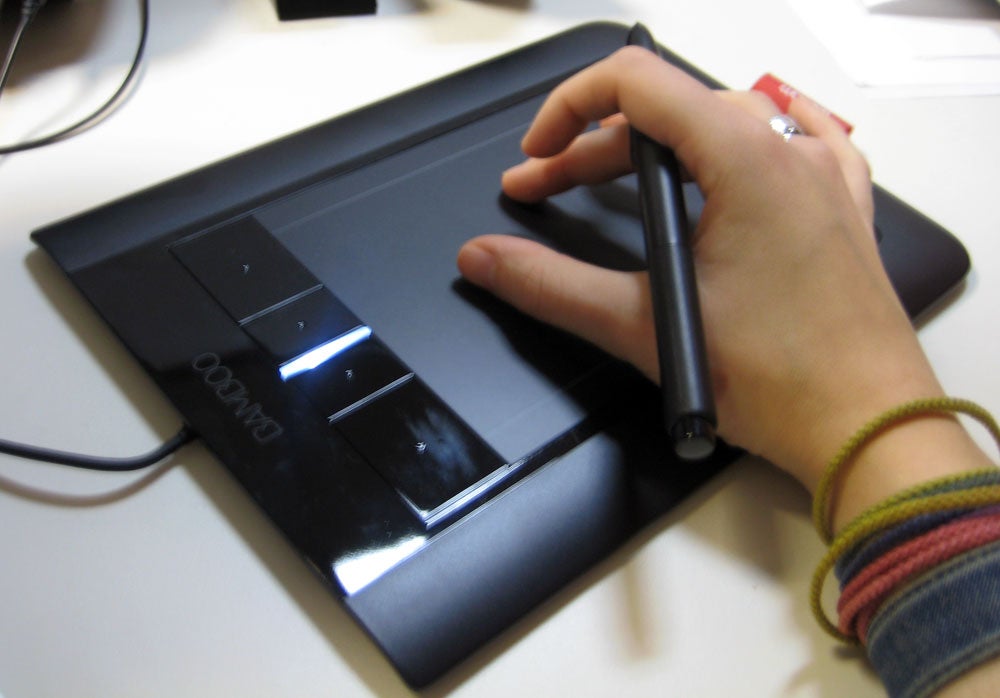 We’re all more or less used to navigating with touch — the iPhone a recent landslide of multitouch-enabled laptops have pretty much seen to that. (Not to mention the forthcoming Windows 7, which is the first major computer OS to natively support multitouch screens.) Falling into line, Wacom today intro’ed new graphics tablets that will let you add touch to any PC or Mac.

The granddaddy of the group, the Bamboo Pen & Touch ($99), overlays two separate input planes. First up, a 6-inch multitouch layer, which will recognize common touch gestures, including two-finger scrolling, pinching zoom and two-finger rotation (a handy tutorial will help you customize gestures to cater to apps or functions you use a ton). On top of that is Bamboo’s pen-input area, which measures about 7 inches on the diagonal and supports all pen inputs for document annotation, doodling or photo editing (it comes bundled with Adobe Photoshop Elements). The Pen & Touch also has four programmable express keys for any shortcuts you want to have handy.

You can also opt for either the Bamboo Pen or or Bamboo Touch if you only want one type of input and to knock the price down to $69.

All in all, the move isn’t surprising: Wacom has provided pen-input tech for tablet PCs for a while now, and with Win7 looming, the company had to develop a new system to merge both stylus- and finger-based entry.

Wacom has also upgraded their craft-centric tablets to include touch. The $199 Bamboo Fun has a larger tracking area and a whopping software bundle worth a couple hundred bucks that includes Corel Essentials and Adobe Photoshop Elements. The $129 Bamboo Craft has a smaller tracking area, but comes with the same software bundle.