The Case For Killing Bambi 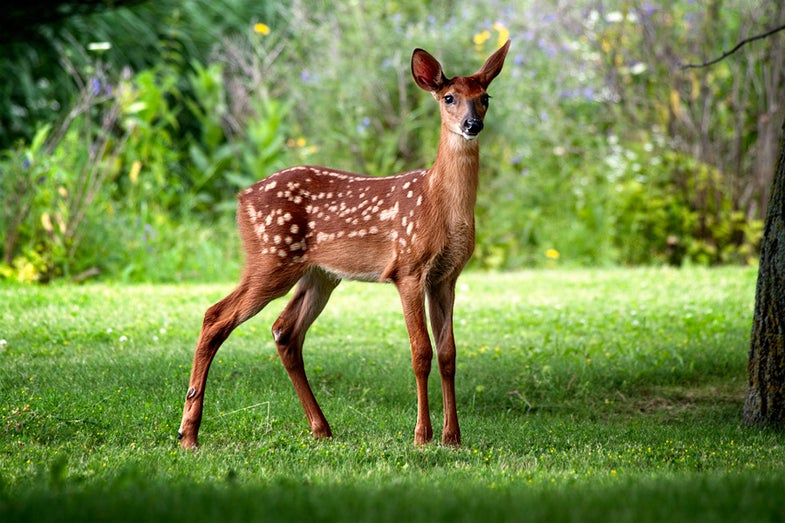 While humans are extraordinarily good at killing other animals (such as wolves), we aren’t very responsible about it, according to a study published today in Science.

Leaving aside the issue of raising livestock for food, when it comes to hunting or catching animals in the wild, we are incredibly destructive predators. Our use of tools, from fishing nets to guns to bows and arrows, to thrown rocks, means that we can afford to easily go after the biggest, baddest prey we can find. That’s different from other predators who tend to target the young, the old, or the weak as easier marks to take down.

Think about Bambi. Imagine a different (less Disney) tale. A wolf takes down Bambi and the pack eats well. Bambi’s mom just lost a fawn, but she’s able to easily reproduce, and next time mating season rolls around, she has Bambi 2.0.

Now picture the Disney version, which is weirdly more true to life (ignoring the anthropomorphized animals). The human hunter (SPOILER) kills Bambi’s mom. Bambi is just a baby and has to wait a long time to reproduce, growing up and avoiding other predators until he (SPOILER) meets a cute doe named Faline and has twins.

That Disney/real life scenario is a problem. By killing adults we’re decimating wildlife populations. “Whereas predators primarily target the juveniles or ‘reproductive interest’ of populations, humans draw down the ‘reproductive capital’ by exploiting adult prey,” co-author Tom Reimchen says in a press release.

And we aren’t just hunting cute cartoon herbivores. On land, we kill vastly more carnivores than other predators, and in the oceans, the situation is even more dire. 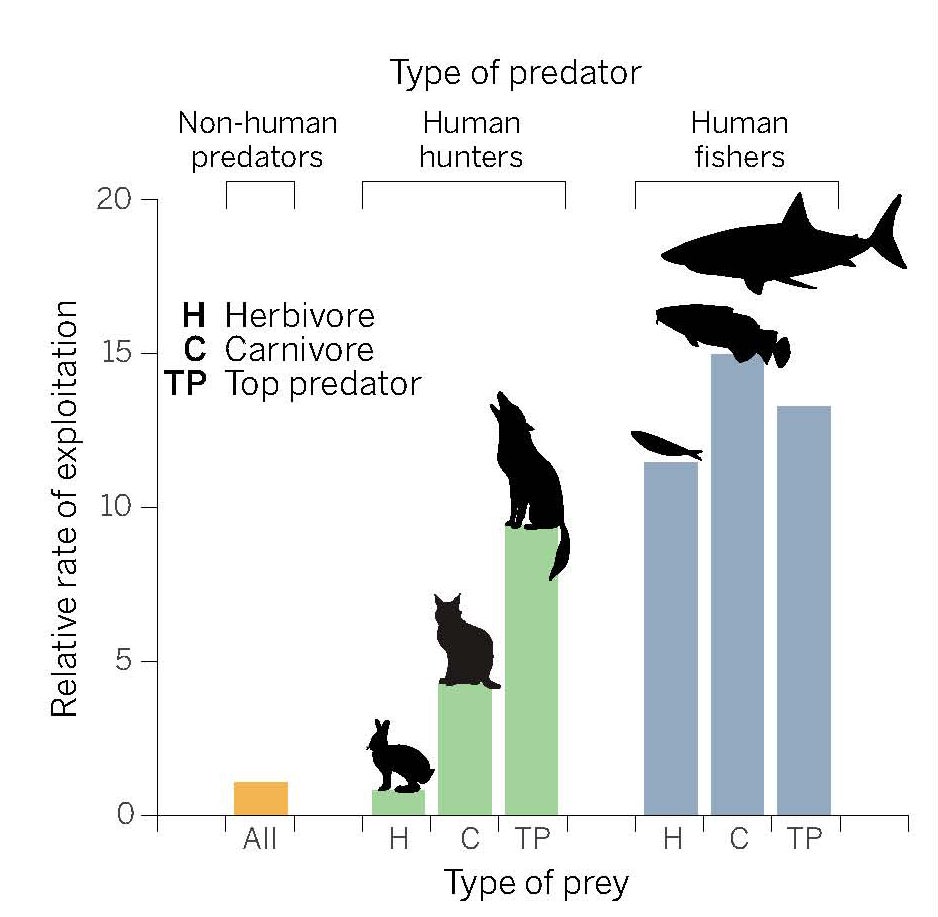 A chart showing the rate at which we exploit herbivores (H), carnivores (C), and top predators (TP).

The problem is that as a culture, we favor eating and killing the largest, strongest animals. And we do it so much that, often, the animals that are left are smaller and less robust.

So what do we do about it? In a paper accompanying the study, Boris Worm with Dalhousie University notes:

That conscious adjustment doesn’t have to include eating Bambi. What the authors do suggest is bringing our level of wild catches more in line with the rates of other top predators, and tolerating the presence of other carnivores. (That can be a whole other challenge–no one wants dangerous predators in their backyard.) And other methods, like developing more sustainable fishing practices, could help.

Once again, it all comes down to us.