In a first for the US, New York City drivers might have to pay a traffic tax of sorts. 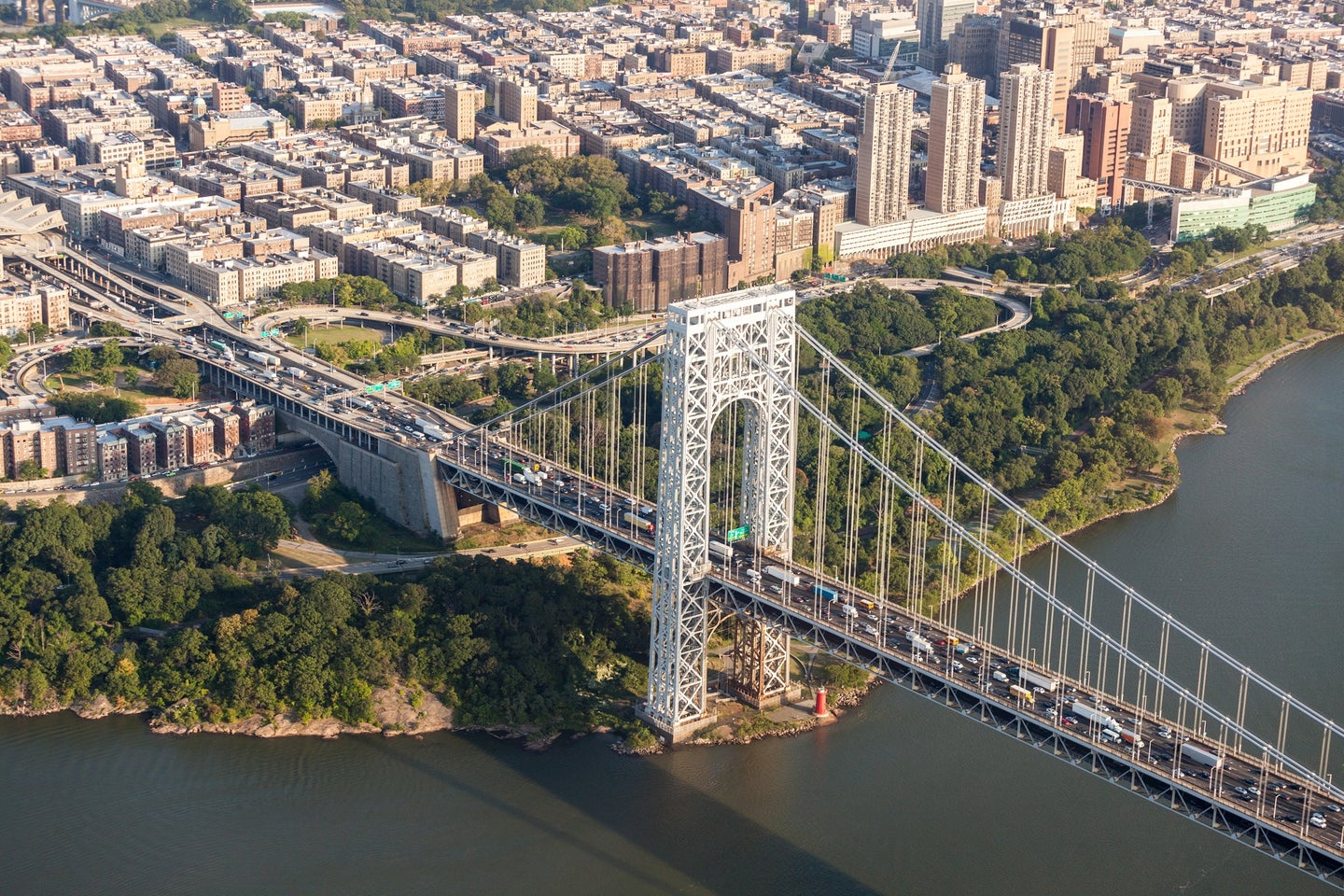 New York City has some of the most congested streets in the US, and a new plan hopes to address that problem. The city is working on implementing congestion pricing in Manhattan, which means drivers would be forced to pay a fee to drive through the business- and tourist-heavy borough between 6 a.m. and 8 p.m. This policy could reduce vehicle traffic in Manhattan—and bring some climate benefits, too.

Drivers would have to pay up to $23 to drive through Manhattan in one of the proposals. That said, New Jersey and outer-borough residents would be able to subtract any tunnel tolls they paid during their commute from the fee. About half of New York’s carbon emissions currently come from transportation; fewer cars inching down the roads and more people using public transit could cause a steep reduction in the city’s air pollution.

Nicholas Klein, an assistant professor of city and regional planning at Cornell University, says that congestion pricing is indeed the best way to reduce congestion. “For many decades in the US, people foolishly tried to solve this problem adding more lanes,” he explains. “It does not work because of induced demand. Any time you add capacity, it causes people to change their behavior.”

When people see there are more lanes, Klein says, they tend to change their behavior. They might take a different route to their destination because they’re aware there are more lanes available, or change where and how they decide to travel. More generally, someone who hadn’t been planning on driving might decide to get behind the wheel instead of taking a bus or subway.

[Related on PopSci+: The future of open city streets could start with smarter traffic lights]

A more straight-shot solution would be to take vehicles off the streets—and charging people to drive through dense, smoggy areas is one way to do that. “[Congestion pricing] has been implemented in other places. We know it’s been implemented Singapore since the 1970s, and in London, Stockholm, Milan, and elsewhere,” Klein says. “It’s not a new idea. It works. You’re basically just adding a price to discourage some travel.”

Klein says congestion pricing isn’t just good for combating greenhouse gas emissions, it’s also good for public health. Reducing the number of cars that spew noxious fumes in an area has been shown to improve air quality, and studies have found this can benefit a community’s respiratory heath. It’s also less expensive for a city to choose congestion pricing over highway expansions. From Klein’s perspective, adding new lanes is “wasteful from an economic perspective and foolish from a climate perspective.”

Some have argued the New York City fee would be harmful to working class drivers who can’t afford it, and still not deter wealthier drivers who may be willing to pay up. Klein says the important thing when considering a congestion pricing plan is to make sure working class people have other ways to get where they need to go. The New York City subway has the most stations of any underground transit system in the world, but service is limited in some of the outer boroughs. New bus and bike lanes could provide more options for residents and commuters.

“In London, they addressed this by ramping up bus service. They already had a good public transit system, and they made it better,” Klein says. “In some ways, it depends on what the alternatives are, and that’s very context-dependent.”

[Related: US pedestrian deaths are reaching a new high]

Klein also thinks many working class people will be okay with the fee if they can afford it because they’ll be driving on less-congested streets, which saves on time and fuel. Congestion pricing could reduce the number of cars entering Manhattan by up to 20 percent, New York City officials have stated.

If the congestion pricing plan works well in New York, Klein expects the strategy to catch on in other parts of the US. Los Angeles has already launched a study to look into its benefits, and Chicago could expand the rideshare tax it passed in 2020.