What’s killing all the raccoons in Central Park? 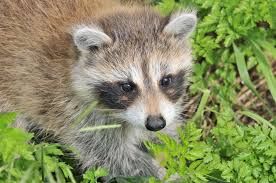 Numerous raccoons have died in and around New York City’s Central Park in a recent spate of summertime deaths. Between June 24 and July 21, a whopping 26 critters have turned up dead, according to reports from the city’s health and parks departments. While New Yorkers aren’t particularly fond of their ring-tailed neighbors (and, we assume, vice-versa), the allure of this murder mystery can’t be ignored.

So grab your magnifying glass. We’re hunting for clues.

Fellow raccoons, in the park, with the rabies virus?

Most humans consider raccoons and other urban wildlife like pigeons something to revile or even fear. That’s not always wrong. While rates of rabies among New York City’s raccoon populations are typically low, in early 2010, Central Park saw a bona fide epidemic. More than 28 rabid raccoons were identified in a single month, according to CNN reports at the time.

Untreated, the rabies virus causes inflammation in the brain. What starts as a fever rapidly develops into uncontrolled movement, fear of water, loss of consciousness, and ultimately death. Whether they appear in common rabies carriers, like raccoons, bats, foxes, and skunks, or in humans, the symptoms are strikingly similar—and devastating.

Prior to the recent rash of raccoon deaths, many of the infected animals exhibited some alarming indications of disease. “They looked like they were circulating, wandering, having spasms,” Dr. Sally Slavinski of the health department said in a statement. “Some of the raccoons had some sort of nasal discharge.” While these may all sounds like signs of rabies, when the health department tested two of the dead raccoons for the disease, the results were negative.

Other raccoons, in the latrine, with the canine distemper?

On the morning of Saturday, July 21, at East 106th Street and Third Avenue in Manhattan, someone discovered the corpse of Raccoon Number 26, according to Fox News. The little guy (or girl—its sex wasn’t specified) died in full view of a KFC, Chase Bank, and a bus stop, just a few blocks east of Central Park.

Convinced rabies wasn’t coursing through the trash panda community, the New York City Health Department developed another theory: canine distemper. A viral disease like rabies, distemper affects the gastrointestinal, respiratory, and neurological functions of infected animals. As they die, the animals are gripped by violent spasms, and often uncontrollable discharge from their snouts. It’s common in dogs, as well as raccoons, coyotes, foxes, (real) pandas, wolves, skunks, and ferrets. Feline distemper, a related disease, causes similar symptoms in cats. Needless to say, it’s almost always deadly in the animals that acquire it. Fortunately, it poses no risk to humans.

“It’s just a terrible way to die,” says Suzanne MacDonald, an animal behavior expert at York University in Toronto. “An animal will get it, and because they’re in close proximity, especially in urban areas, they’ll pass it on, and it will just wipe out entire populations of racoons.”

Many deadly raccoon disease are spread through so-called raccoon latrine. “Raccoons defecate in communal sites, called latrines,” according to a pamphlet from the U.S. Centers for Disease Control and Prevention. The concentrated urine and poop can transmit roundworm to humans, making them a major public health concern. They may also spread diseases like canine distemper among the raccoons that frequent these shared toilets.

While only a small sample of the raccoons have been tested for rabies, the New York City Health Department seems certain in its canine distemper diagnosis.

Your dog, on the street, without the vaccination?

Going forward, the health department encourages people who see sick raccoons in the city to call 311 and report the incidents. They also advised people to “avoid wildlife and check to see if your pet’s vaccines are up to date,” in a statement shared with PopSci.

But where did the distemper come from in the first place?

“The issue is that the raccoons are getting distemper from unvaccinated dogs,” says MacDonald. “So they are the ones posing the risk to the raccoons, not the other way around.” So get your pets vaccinated—for the good of every animal.