A litany of studies and lawsuits claim that the herbicide's main ingredient is carcinogenic, even as some agencies insist it isn't. 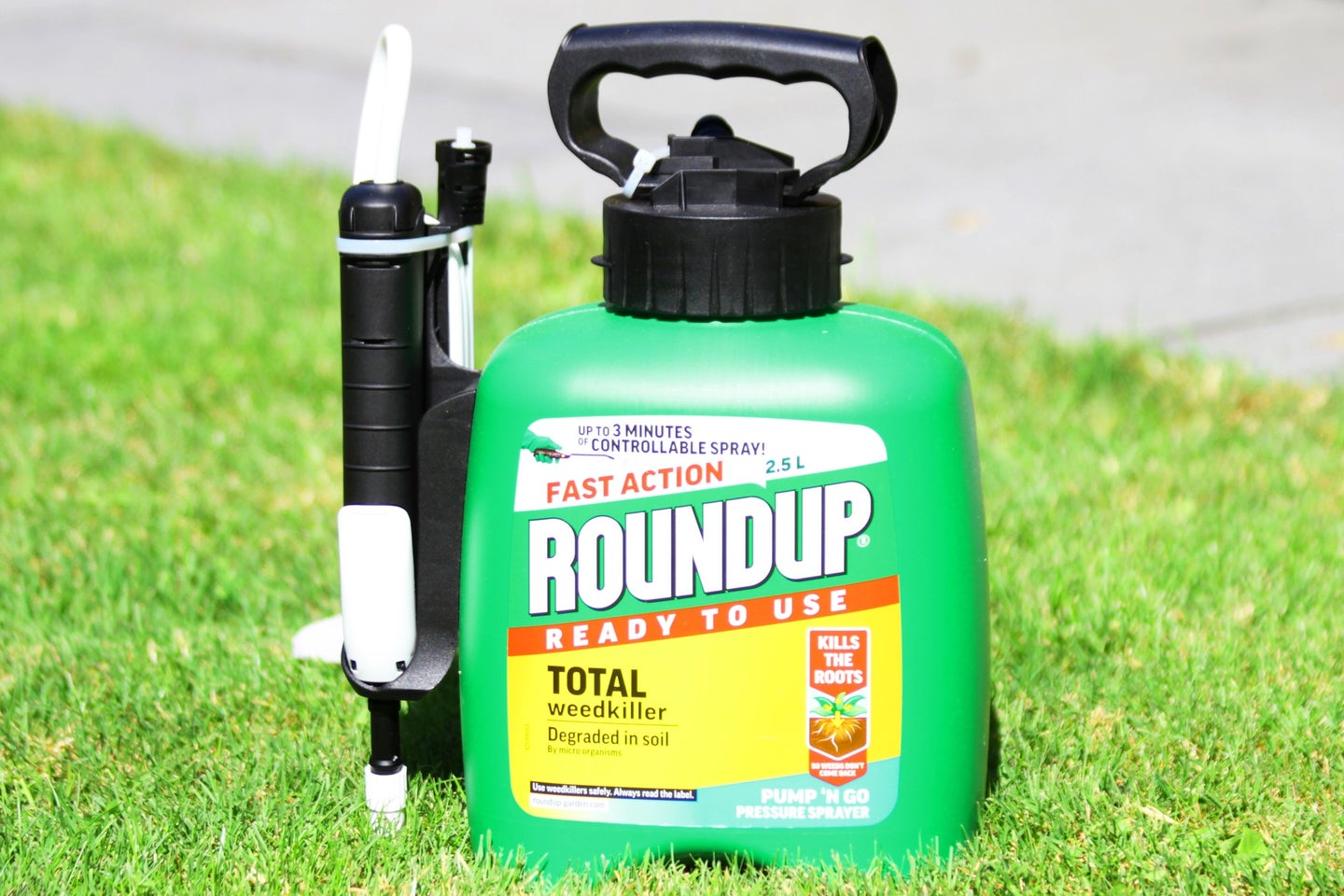 In response to billions of dollars worth of lawsuits and settlements, Bayer, which now owns Monsanto, stated it would remove glyphosate from certain Roundup products in the US. Finepix/Deposit Photos
SHARE

Home owners in the US will soon have to fight weeds with a different version of Roundup.

Bayer recently announced that it would change up the formula of the popular herbicide for lawn and garden care in 2023. The decision was motivated by questions around glyphosate, the main ingredient in Roundup, and whether it causes cancer in humans and harms wildlife.

The pharmaceutical and chemical company is facing tens of thousands of lawsuits and billions of dollars worth of settlements that claim health and environmental negligence from glyphosate use.

Roundup was first sold as an agricultural weed-killer in the 1970s by the biotechnology company Monsanto (now owned by Bayer). Since then, more than 19 million pounds of it have been sprayed by farmers, landscapers, and gardeners across the world. Nearly 20 percent of that share comes from the US.

Glyphosate, the acidic formula that makes Roundup so effective, is widely used in pest-control agents today. While the compound itself is thought to be non-toxic to humans, some research shows it has a potential to be carcinogenic when mixed with other herbicide ingredients. In the past two decades, more than a dozen studies have been linked glyphosate and Roundup exposure to higher risks of lymphoma in people and animals. Others have found links to male infertility, erratic honeybee behavior, and dwindling biodiversity in marine habitats.

[Related: Pesticides might be worse for bees than we thought]

In a statement that accompanied the announcement, Bayer wrote that, “this move is being made exclusively to manage litigation risk and not because of any safety concerns.” Last year, the US Environmental Protection Agency released a report saying that “there are no risks of concern to human health when glyphosate is used in accordance to its current label.” But a 2015 review by the International Agency for Research on Cancer concluded that there was strong evidence of genotoxicity, or DNA damage, from the agent—and limited evidence of carcinogenicity.

In the same statement where it said it would phase out glyphosate for residential use, Bayer noted that it would appeal a 2016 cancer lawsuit by a school groundskeeper in California up to the Supreme Court. Most of the other individuals who’ve sued Monsantor and Bayer over Roundup have been farmers.

In the 1990s, Monsanto started selling special strains of soy and other crops that were genetically modified to resist herbicides. Some experts say this encouraged more indiscriminate spraying of Roundup over the years. A handful of countries, including Vietnam, Mexico, and Germany, have either banned or set a timeline to phase out glyphosate-based herbicides. Some US cities have done the same, but there’s no federal legislation on the table just yet.

Correction August 9, 2021: After further clarification from Bayer, the headline and text of the article have been corrected to reflect that the company is changing the formula of some Roundup products, not phasing them out. The story has also been corrected to state that more than a dozen studies have found a link between lymphoma and glyphosate, not dozens.