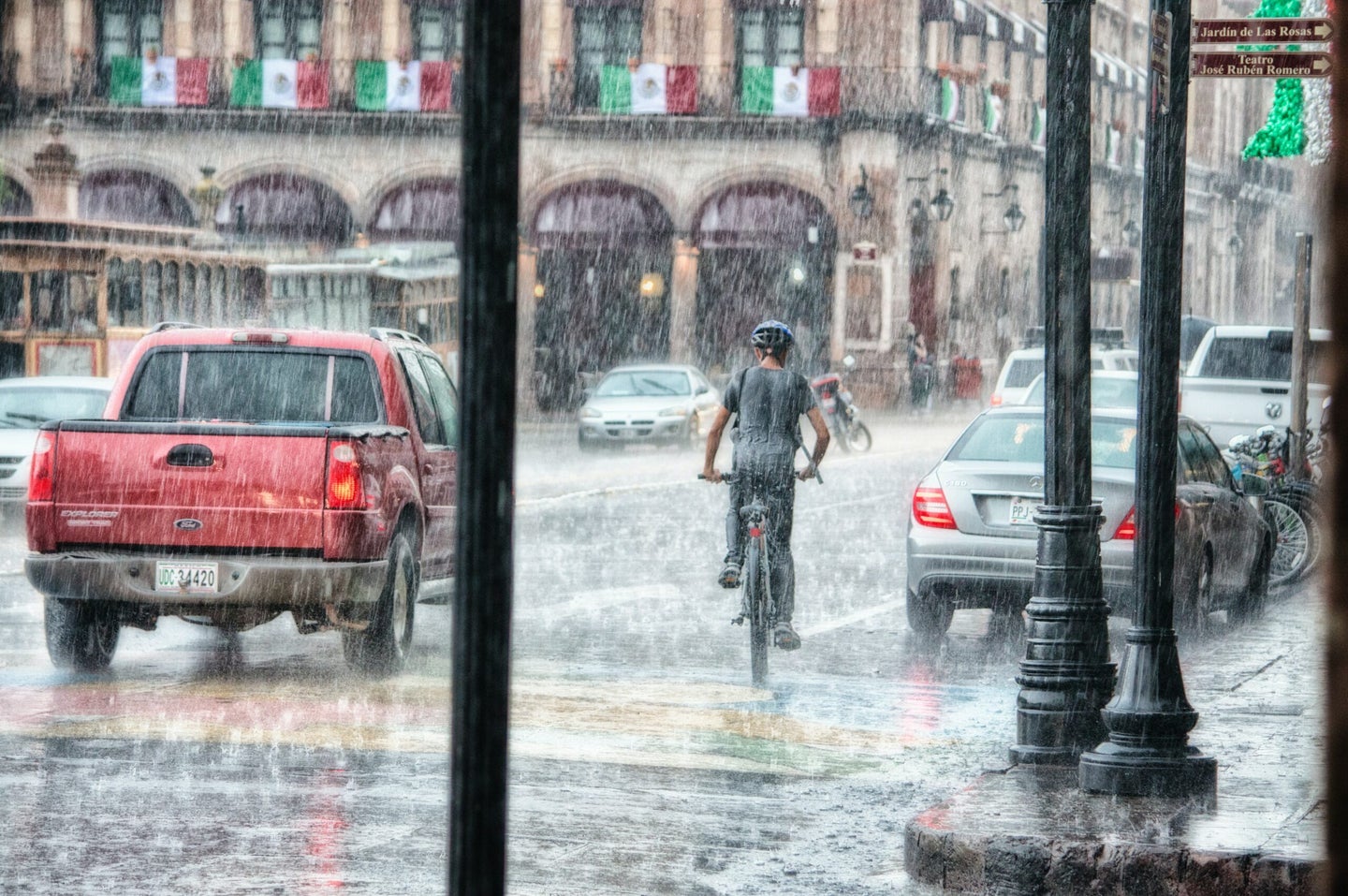 Both climate change and development plans put people at risk for living in flood zones. Genaro Servín from Pexels
SHARE

As the climate crisis continues, bringing extreme weather events like hard-to-contain wildfires, extended heat waves, droughts, and torrential rains or flooding, more of the world’s population will be exposed to those events. One major concern that arises in the wake of these disasters are public health and safety risks that come with those extreme climate events.

A new study published in Nature found that people may be entering risky zones at an extremely fast rate. Researchers analyzed various datasets of population growth and movement alongside satellite data of major floods from 2000 to 2015 and found that the global population that is exposed to floods has increased by 24 percent since the beginning of the century, or 10 times higher than researchers previously thought. This means an increase in the flood-prone areas of over 80 million people. The growth in exposure is attributed to both population migration and increased flood occurrences due to climate change.

The researchers used the data to project areas that will continue to have increased risk of floods in the decade to come.

“Flooding affects more people than any other environmental hazard and hinders sustainable development. Investing in flood adaptation strategies may reduce the loss of life and livelihood caused by floods,” the study’s authors wrote.

Elizabeth Tellman, the lead author of the study and an earth science researcher for The Earth Institute at Columbia University, says that the data suggests some populations have no choice but to move to flood zones due to economic opportunity.

“A lot of times slums end up being developed on floodplain land, because it may be the only land available—it’s often the cheapest,” she says. “A formal developer often is not going to build a big housing complex in a floodplain. But, there’s an informal land market that might be available for people to squat or build a home there.”

Under-resourced communities all over the world are already struggling through extreme weather events all over the world, and more floods are just going to make that worse for them. Officials should react to these findings with more safety measures and resources for safer infrastructure.

“Without greater attention to land-use zoning and provisioning of affordable, safe housing alternatives for the poor who have little choice, it’s likely these trends will continue,” study co-lead and satellite-imagery analysis expert and PhD graduate at the University of Michigan Jonathan Sullivan says in a press release.

Tellman points out that she and other researchers were shocked to see the correlation between dams and how large populations are disproportionately affected by flooding.

“Hydrologists call this the levee effect—when you build flood infrastructure, sometimes people feel safe moving in near that dam and developing that area, but if the infrastructure is not adequately maintained and it breaks the consequences can be devastating because there’s a really dense population in those areas,” she explains.

Some regions of the world are much more affected than others. Populations across regions in Asia are disproportionately exposed to floods compared to other regions of the world due to heavy rain and tropical storm surges. There have already been several emergencies connected to floods. Just last month, a flood followed record rainfall in the Central Chinese city of Zhengzhou where a subway train was inundated and passengers had to be rescued.

This is partially due to the increase of flooding worldwide, especially in the global south, and because Asia houses a large number of megacities, which are rapidly developing urban areas with a population of at least 10 million people. Many of those cities are on coasts or along other large bodies of water.

“Sub-Saharan Africa, South Asia, and Southeast Asia have some of the highest urbanization rates in the world,” Tellman says. “These are some of the places where we’re seeing increasing flood exposure … we’re seeing places that have very rapid development [in the past few decades].”

The rest of the world certainly isn’t exempt from experiencing torrential rains and dangerous floods that follow. Tellman says she was surprised to see how floods in Europe have shifted. Floods hit Central Europe traditionally, but as seen already this summer, patterns are changing. According to Tellman, the region has historically had a cycle of winter floods, but climate change has brought about dangerous summer floods that were once a rarity.

“We’ve seen rapid floodplain development in various countries—Germany is actually one of those countries … when we look at climate change production models for 2030 you start to see all of these countries in Europe now,” Tellman says.

According to Tellman the way forward is to invest in infrastructure that would make flood zones and levees safer to live near as more people gravitate towards those areas. She hopes that the data will serve as a warning for cities that are in the path of future floods.

“It’s really up to us to think about how we want to build our infrastructure of financial and political systems to give real options for people to move out of floodplains if they want to,” Tellman says. “These trends that we’re seeing in the data are a result of human action and that’s actually good news because it means that we have the power to change it.”