Adapting to snow on the road is a long, cold process. 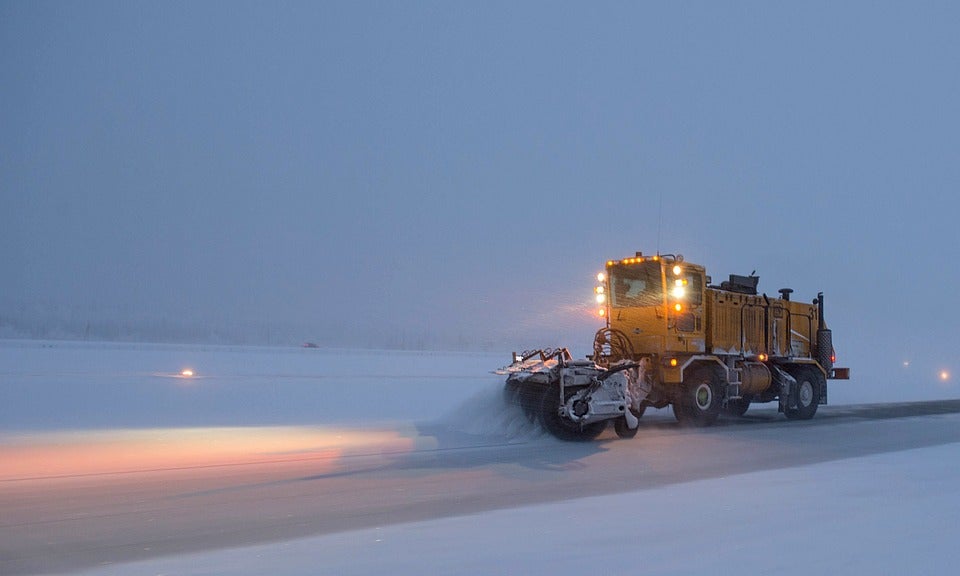 It’s a weather pattern as old as time: When folks in Los Angeles flip out over a slight spritz of rain, Seattleites laugh in their tan, umbrella-shielded faces. And when North Carolina traffic comes to a standstill because of a sprinkle of snow, leaving wrecked or abandoned cars strewn about the highway, North Dakotans shake their wool-capped heads in disbelief. In the United States, it seems we can’t help but feel superior when we’re able to nimbly navigate a storm that leaves others frozen in their tracks.

Earlier this month, winter storm Grayson—also known as the “bomb cyclone“—provided a new opportunity for false superiority. To many it seemed like northerneastern states weathered the brunt of the storm’s tremendous burden, while southeastern states panicked (and got all the snow days). It might be easy to laugh at frozen Florida iguanas and their human counterparts, but when it comes down to it, why would a region that rarely dips below 32 degrees Fahrenheit, even in winter, be ready for a snowstorm?

In Maine, blizzard conditions are a way of life and always have been. Portland, the state’s biggest city, experienced a severe dip in temperature during the bomb cyclone, bottoming out at -11 degrees below zero. The National Weather Service issued warnings about hurricane-force winds for the entire coast. Snow ate away at visibility until cities reached whiteout conditions. But as the New York Times reported on January 4, some Mainers still made it out for a run.

“One thing that makes us different up here than a lot of other places in the country is that snow storms are routine,” Portland’s public works director Christopher Branch told PopSci. “This is part of what we do every winter.” He says that, for the most part, people know when conditions are too dangerous to drive or go outside. The school districts do call snow days—but only when it’s actually necessary. And the city rarely needs to offer emergency services, because everyone’s already prepared for the storm.

Still, Branch explains, this general sense of chill is only possible because the public works department takes important (if often invisible) steps to keep the city running. Dump trucks outfitted with salt and sand cover the roads with their graveley contents in order to speed up ice melt and provide cars some traction. Each year, this Herculean task consumes some 7,000 tons of salt in Portland alone. Similarly, trucks outfitted with wing plows—essentially a double-barrel plow with the ability to clear more than one lane at a time—keep snow off the roads. Other cities may also pre-treat their roads with a brine solution that can lower the freezing point to further prevent ice from forming. In the middle of a snow storm, these mundane maneuvers can make all the difference.

For cities that receive little, or in some years, no snow at all, investments in winter supplies and equipment haven’t made much sense. Road salt is expensive, especially in the massive quantities cities require, and needs somewhere warm and dry for safe keeping. Plows, personnel, and data collection are costly, too.

This lack of winter weather infrastructure may make a state like Florida vulnerable to even the slightest frost, but it’s allowed them to put their money and mind power on more pressing problems. The state capital of Tallahassee, which issued warnings to drivers after just 0.1 inches of snow fell, doesn’t even flinch when hurricane winds inevitably blow through the panhandle each fall. In other words, what the sunshine state lacks in snow plows, it more than makes up for in storm shutters. “It’s really the equipment differences… that really separate the folks from down there from here,” Branch says. “You can’t really plan for something that’s only every two or three years. If the folks down there see this more frequently, then things will change.”

That change could come quickly. While meteorologists are still divided on the issue, several studies suggest climate change will unleash the ferocity of the polar vortex. While it sounds paradoxical, researchers postulate that changes in sea ice will weaken the vortex, allowing more cold air to escape the pole and flow south. How far south it’s likely to flow remains unclear, but recent winter storm Grayson, a product of a leaky polar vortex, made it all the way to the Gulf Coast.

Just as the future behavior of the polar vortex remains murky, human response to the potential for harsher winters is an open question. The investment is huge, and tackling something as big as the weather is daunting. After all, New York City only took responsibility for snow removal in the 1890s (before, it was up to residents and the police department to clear streets). Now, the city has one of the world’s biggest (and most expensive) snow removal operations, spending an average of $1.8 million an inch on snow clearance, according to 2015 data. And even then, things can go wrong; the forces of nature are still bigger than the Big Apple.

At least one southern city isn’t skating around this icy issue. Back in January 2014, during a different polar vortex event, two inches of snow fell on Atlanta. It was a pittance of precipitation by Maine’s standards, but for people in Georgia’s capital city, those two inches seemed more like 200 feet. A traffic jam formed almost instantly, stranding thousands. Someone had to deliver a baby in a car stuck on the highway. Students had to sleep overnight in their school gymnasium and shoppers slept in the aisles of a snowed-in CVS.

Vowing that such a disaster would never strike them again, the city hired Ria Aiken to lead its emergency preparedness team. The city government has since invested $4 million in winter storm infrastructure, Aiken says. The southern city now has salt reserves. Municipal vehicles, including dump trucks, are now outfitted with snow plows. “Our partners at the Georgia Department of Transportation also put in road sensors all over the metro-Atlanta area,” Aiken told PopSci. “That enables us to better understand the road temperatures… literally down to the hour.”

Whatever the cost, the hot and humid city of Atlanta seems intent on becoming a place that can handle its snow.