How to save gas without ruining your car

There are a lot of myths out there about what will save you gas. 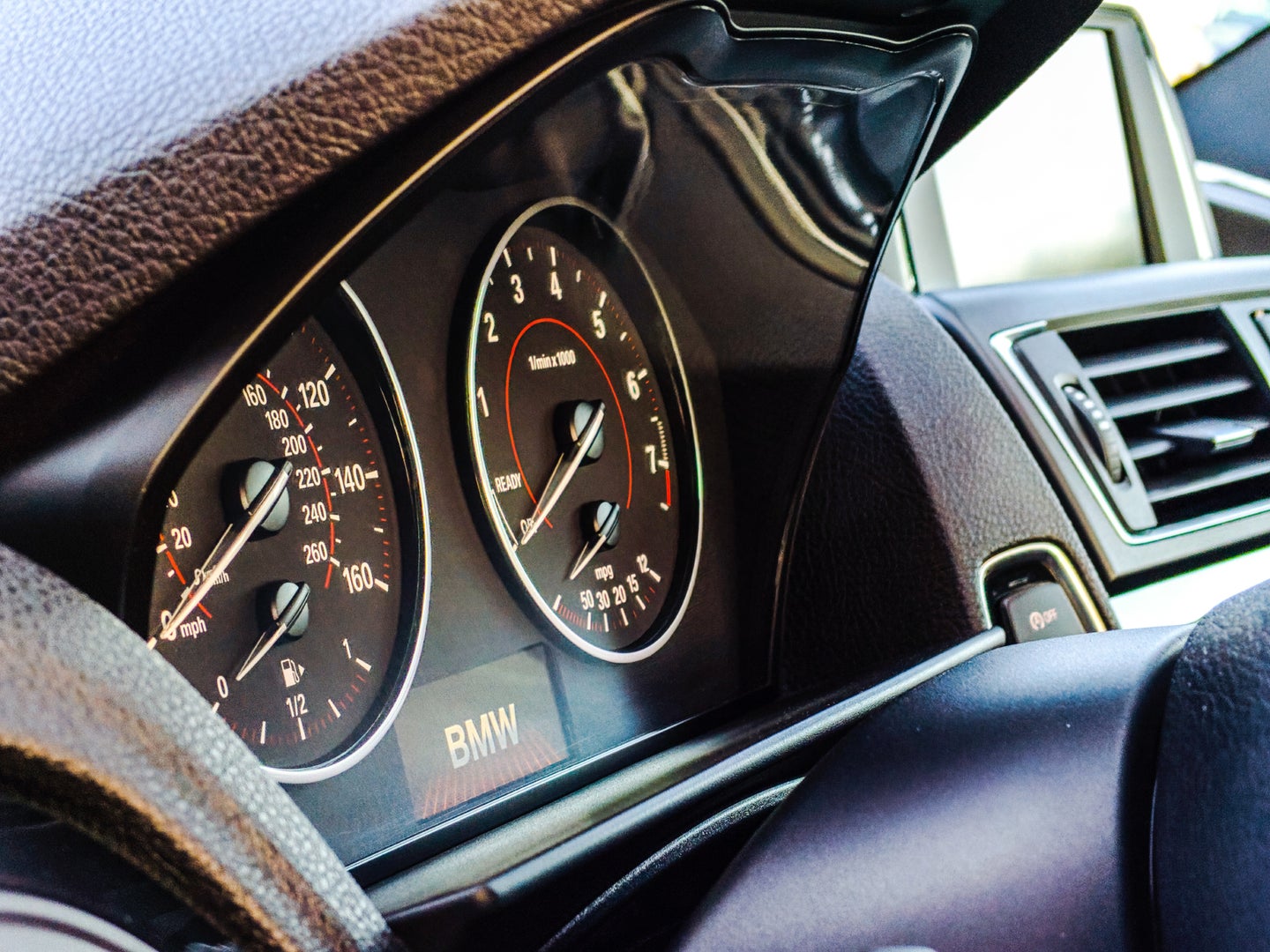 Yes, this car is off, but your car might be too if you try the wrong gas-saving strategies. Obi - @pixel6propix / Unsplash
SHARE

Gas prices have skyrocketed to a literal all-time high, and no one’s sure if and when they’ll ever come back down. No matter your tax bracket, you’re probably feeling the pain at the pump, as prices per gallon crest more than $6 in some states—yikes. Many are struggling, and you’re probably looking for some metaphorical automotive pain relief pill to soften the blow of these high-as-heck fuel bills. Thing is, though, there’s a lot of snake oil, charlatans, and baseless myths out there on how to turn a gas-guzzler into a fuel-sipper. Let me help you separate the wheat from the chaff, debunk some fables, and give you some real tips.

Don’t put your vehicle in neutral while going downhill

In the name of fuel economy, some drivers will pop the vehicle in neutral and let it coast downhill purely on momentum, as the engine idles. I’m guilty of this one myself; back in high school, I had a manual transmission Dodge Neon, and I’d coast in neutral down hills instead of leaving the vehicle in gear. Admittedly, a neutral downhill jaunt is a bit more natural in a manual transmission than an automatic, but some insist on this practice no matter the transmission type.

This is not a smart idea. First, it could be somewhat unsafe. If the driver finds themselves in an emergency situation, the little bit of time spent putting the vehicle in gear and accelerating out of danger or maneuvering away could be crucial.

Second, it doesn’t do anything. Most modern vehicles made within the past 20 years have what is called “deceleration fuel cut-off” (DFCO). Modern vehicles are computerized, state-of-the-art rolling boxes full of complicated engine and fuel management systems. If you’re driving downhill without the throttle applied, a DCFO-equipped vehicle’s engine management system can figure out the vehicle is descending a hill, and cuts fuel. The engine will continue to spin and run since the engine and wheels are directly connected via the transmission. Effectively, the wheels are turning the engine; making it turn in concert with the road speed. The vehicle will resume burning fuel when the throttle is applied. In contrast, if you decide to coast in neutral, the vehicle has to use fuel to maintain idle. In neutral, the wheels are disconnected from the engine, and the vehicle’s momentum has no effect on the engine. Thus, the car must use fuel to keep the engine from stalling out. By comparison, coasting downhill in gear would use little (or no) fuel. Just leave the car in gear, okay?

Don’t overspend on a fuel-saving gizmo

Back in the day, in the era of pre-Netflix, pre-Hulu, pre-online streaming, we all watched TV programs on network cable, full of ads paid for by companies not always of good repute. You’ve probably seen it: a long infomercial that came on after late-night reruns of the Golden Girls. It was an illustrious middle-aged man convincing you to buy a little swirly doo-dad that goes into the air intake, or plugs something into a cigarette lighter, or pour some mystery goop in your fuel tank.

Most of these products are complete snake oil. They do nothing, at best, and can damage your vehicle, at worst. For example, the Fuel Shark has been exposed multiple times for essentially being a cheap LED light.

The Federal Trade Commission has said that most fuel-saving products don’t work, and the ones that do offer minimal savings. Beware of products that claim huge gains with minimal effort; if it sounds too good to be true, it probably is.

Premium gas is not automatically good for your vehicle

Some insist that extra octane is best for your vehicle, and will result in better fuel economy, regardless of the vehicle. The truth is a little more complicated.

To start, every modern vehicle has what is called a “knock sensor”; essentially a microphone that listens intently for “knock,” or premature combustion often caused by an incorrect fuel-to-air ratio. When the sensor hears the telltale sound, the vehicle’s computer makes the necessary adjustments to prevent knocking.

Some vehicles have been designed to run on both premium and non-premium gas. The vehicle’s on-board computer will adjust the air-to-fuel ratio to compensate for the reduced octane, but typically at the expense of performance and fuel economy. The car will usually run rich, using more fuel than it would have if you had just used a more expensive grade of gas.

Other vehicles are tuned for regular gas, and they can’t take advantage of the extra octane in premium gas—the vehicle’s computer simply cannot adjust for it. By contrast, certain vehicles are completely unable to use regular gas; the vehicle’s knock sensor can’t properly adjust to lower octane gas without risking serious engine damage. Check your vehicle’s owner manual, and it’ll tell you what your car can use.

Generally, though, vehicles that can use premium gas often run more efficiently with it. But premium gas is expensive, and the increase in fuel economy and performance may not be worth the higher price if regular is an option.

In short, if your car can run regular gas, buy that. If it can’t use regular gas, don’t risk harming your vehicle by trying to save at the pump.

Be careful about turning off your car to save gas

A common hypermiler trick is to turn the vehicle off at stoplights (or when coasting down hills); after all, the most fuel-saving vehicle is one that isn’t running.

Modern vehicles take it a step further with stop-start systems: essentially the vehicle turns the engine off completely when stopped (or decelerating to very slow speeds). It’s not just a gimmick, either—stop-start systems have been proven to have a tangible positive effect on fuel economy, as tested by car-shopping guide Edmunds.

Still, that doesn’t necessarily mean any car can or should imitate modern stop-start vehicles. New vehicles equipped with stop-start technology have heavy-duty starters, electrical charging systems to minimize wear on vehicle components. Attempting to emulate stop-start technology manually via the ignition in a car that is not equipped with it could accelerate wear on components such as the starter. Don’t cause a several-hundred-dollar repair bill in search of saving a few cents at the pump.

How to actually save gas

There’s not a huge amount that the average person can do to change the vehicle’s mechanical ability for fuel economy. Rather than spending money on fake quick-fix solutions, put that cash toward ensuring your vehicle is in its topmost running shape. Worn spark plugs, broken emissions sensors, malfunctioning catalytic converters, and underinflated tires can have a detrimental effect on fuel economy.  Heck, the Environmental Protection Agency says that a non-working oxygen sensor could affect fuel economy by 40 percent or more.

Ultimately, the driver has the most effect on fuel economy. A smooth, well-considered, defensive driver who plans their trips and maneuvers is more efficient than one who drives aggressively. Engines perform best at constant, maintained speeds, so use cruise control if you’ve got it on freeway drives, and avoid hard and sudden acceleration.

Gas prices are high, but hopefully, these tips will help you not get swindled by snake oil and superstition, and productively save gas.