The platypus is a very threatened species in some parts of Australia. 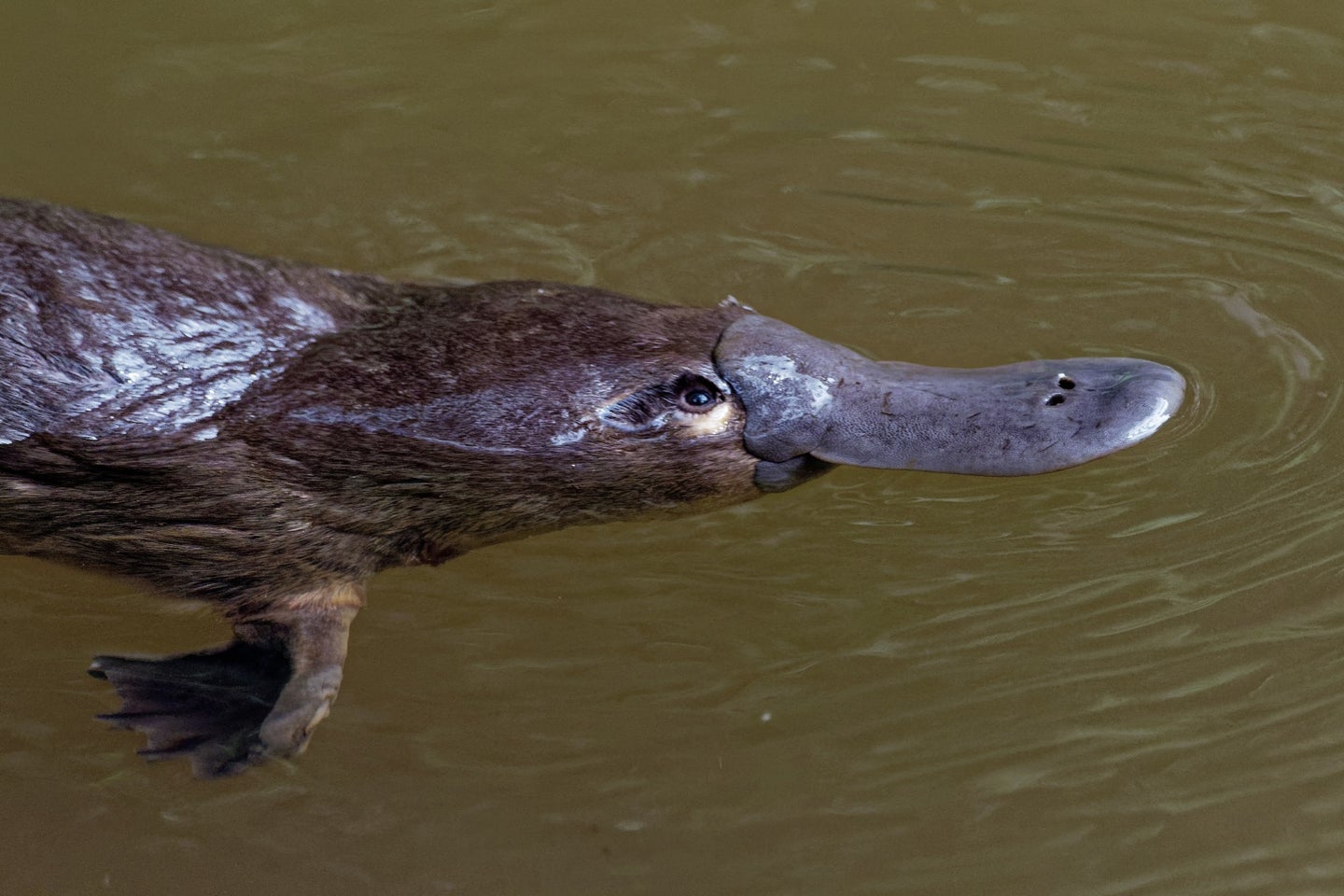 Australia’s famed platypus (Ornithorhynchus anatinus) is one funky animal with a bit of an identity crisis. They have a pretty unique combination of characteristics: they can lay eggs despite being classified as mammals, the males have venomous spurs that they likely use to compete during mating season, they use electroreception to locate prey like worms, shellfish, and larvae. Not to mention, their fur is biofluorescent.

Native to Australia and mainland Tasmania, platypuses are locally extinct in some parts of Australia. The International Union for Conservation of Nature Red List of Threatened Species lists the platypus as Near Threatened, primarily due to threats from bushfires, deforestation, drought, pollution, and predators (including foxes, cats, and dogs).

River dams could also be added to that list of threats, according to a study published today in the journal Communications Biology. A team from the University of New South Wales looked at the genetic makeup of 274 platypuses living along nine rivers in New South Wales. Five of the rivers contained a major dam measuring between 278 and 590 feet high and the four remaining rivers in the study were undammed.

The study found that large dams are significant barriers to platypus movements, which led to greater genetic differentiation, or restricted gene flow, between platypuses above and below large dams compared to rivers without dams. The genetic differentiation increased over time since the dam was built, reflecting the long-term impacts of the dam. Since the large dams restrict the movement of the platypuses, there is limited or no flow of genes between groups of animals. This lack of genetic diversity makes these separate populations of platypus increasingly vulnerable to inbreeding depression and loss of adaptive genetic variations. Additionally, it makes it harder for them to recolonize areas where local extinctions have occurred or disperse to areas that have better conditions.

“We extracted the DNA from the blood collected by our Platypus Conservation Initiative researchers at UNSW. By using thousands of molecular markers, we were able to identify a strong signal indicating that genetic differentiation increased rapidly between platypuses below and above these large dams,” lead author Luis Mijangos, a former UNSW PhD student now at the University of Canberra, said in a statement.

This genetic differentiation has increased over time since the dams were built, which shows some of the long-term impacts of the dam and the barriers they create for populations of platypuses.

[Related: Platypus milk might save us from bacterial infections, and that’s not even the best thing about them.]

“This is a profound result with significant implications for platypus conservation,” said Professor Richard Kingsford, Director of the UNSW Centre for Ecosystem Science and one of the paper’s authors, in a statement. “We’ve long suspected that prey can restrict platypus movements, but this is the ‘smoking gun’. These animals just can’t get around big dams.”

To help the platypus’, the authors recommend that water conservation and management planning should consider alternative approaches to these large dams, including storing water in off-river reservoirs, the artificial relocation of individual platypuses between groups above and below dams, or building platypus passage structures that they could use to travel between dammed and not dammed sections to increase their dispersal.

“We know that platypuses are declining in many parts of their range in eastern Australia, affected by many threats. This study identifies one of the main threats to this iconic species,” said Gilad Bino, leader of the Platypus Conservation Initiative at UNSW Sydney and another author of the study, in a statement. “There is still much we don’t know about the ecology of the platypus, but given its international status as a monotreme, it is increasingly vital that we understand and manage the threats to this unique species.”